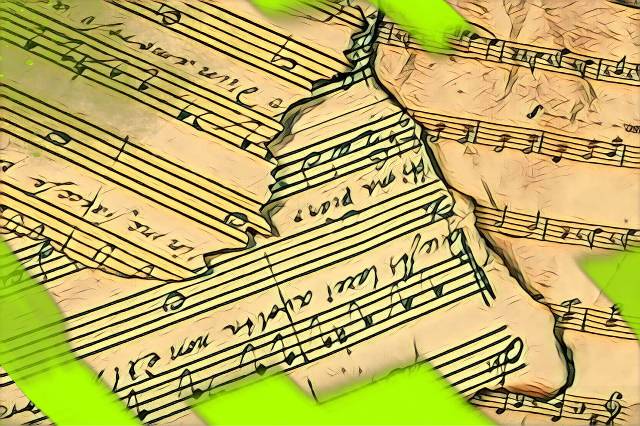 It's a popular scale in modern and traditional music, which is why it's important that you know all there is to know about it!

Today, we're going to dive in and explore the ins and outs of Aeolian mode.

Modes are very similar to scales, which you likely already know about if you've studied basic music theory.

The thing that makes modes unique is their different flavors in relation to the major scales. In western music, we have seven unique modes, each of which can be played by beginning a major scale on a different scale degree.

For example, let's say that we start out with the C major scale, which reads C-D-E-F-G-A-B

If we were to play those same notes starting from D (D-E-F-G-A-B-C), we'd have the D Dorian mode, the second mode in the modal series.

If we were to play those same notes starting from E (E-F-G-A-B-C-D), we'd have the E Phrygian mode, the third mode in the modal series.

This pattern continues throughout the seven modes. Here are what they look like when based on the major scale:

What Is Aeolian Mode?

If we were to use the C major scale as an example, the sixth note in that scale is A. This means we would refer to it as A Aeolian mode, which looks like this:

Aeolian mode is built on a formula of whole-steps and half-step, or whole tones and semi-tones:

This whole-step/half-step pattern is different from the major scale pattern, which is:

Thanks to the fact that the Aeolian mode uses the same notes as the natural minor scale, it is one of the most popular modes.

Here are the scale degrees of Aeolian mode:

Here are the scale degrees for the various modes:

Whenever you hear the natural minor key when listening to music, you most likely hear the Aeolian mode.

Many consider it to be one of the saddest or most solemn modes with the added minor sixth, which makes it slightly darker than Dorian.

The Functionality of the Aeolian Mode

You'll often hear the Aeolian mode referred to as the natural minor scale or the relative minor of the derivative major scale.

So, for example, if you had the scale of E major or E Ionian, the relative minor or Aeolian scale would be C natural minor or C Aeolian.

For the sake of the continued examples, however, we'll stick with talking about the A Aeolian scale, which is the relative minor of C major.

One of the best ways to hear the Aeolian scale in chordal form is by playing the imaj7 chord found in A Aeolian, which is A-C-E-G.

Tonal Characteristics of The Aeolian Scale

Looking at the half-step intervals and the tritone intervals can give you a sense of the most important qualities. Beyond that, it's also a good idea to look at the quality of the third-scale degree to find out whether it is a major or minor.

The interesting thing is that we typically compare modes to Ionian and Aeolian to determine their characteristics, though because we can't compare the Aeolian scale to itself, we have to look at some of the most important elements within Aeolian.

Lastly, because of the minor third, we can tell that its quality is minor.

While one could say that there are many characteristic tones that come from the Aeolian scale, we believe that the lowered sixth or minor sixth is one of the most important elements in the Aeolian scale. This is also the degree that differentiates Aeolian from the Dorian mode.

How To Practice With Aeolian Mode

One of the best ways to practice with Aeolian mode so you get a feel for it is by using the pedal method .

A pedal is a constant drone using the root of your particular Aeolian scale. So, for example, if you were using C Aeolian, you would continuously play the root note C, while playing the other notes in C Aeolian above it to see how they sound against the root.

If you don't have a polyphonic instrument like a guitar or piano to play around with, you can simply alternate between the root of your chosen Aeolian scale and each of the scale degrees one at a time. This type of practice should help you get a distinct idea of the Aeolian intervals.

If you do have a polyphonic instrument, you can also try playing the intervals in unison with the pedaled note to see how they sound with the root. Make sure you pay close attention to the tritone and half-step intervals, and how they sound against the root.

Examples of Songs in Aeolian Mode

"All Along the Watchtower" - Bob Dylan

One of our favorite Aeolian tracks comes from the 1967 release of "All Along the Watchtower" by Bob Dylan. The song uses a chord progression that is in C# Aeolian. The song is interesting, as it is laid out in sort of a step sequence of chords that moves through the Aeolian progression one chord at a time, providing an undoubtedly natural minor feel.

The chord progression in this track is C#m-B-A-B.

Listen to the verses to hear the plagal cadence (Dm-Am), which closes each of the main lines. The chorus is a bit strange, as you never actually hear the tonic triad. In a way, this song is able to create a bit of tension that takes it outside the darkness of the natural minor realm for just a moment.

"Losing My Religion" might be one of the most common examples of the Aeolian scale, using A Aeolian in the most obvious way possible.

The intro starts out with F-Dm-G-Am, and moves into Am-Em-Am-Em-Am-Em-Dm-G for the verses.

One of the truly unique things about this track is the subtonic G chord, which closes out each of the intro, verse, and bridge sequences, forming a unique natural minor cadence.

Just about any time you find the minor scale in music, you're most likely using the Aeolian mode. This common mode forms most of the music that you hear now. If you want to get a good feel for the sound of the Aeolian mode, we recommend sitting down and playing the white notes from A to A on the piano.

We hope you feel more comfortable with the Aeolian mode and using it in your composition!