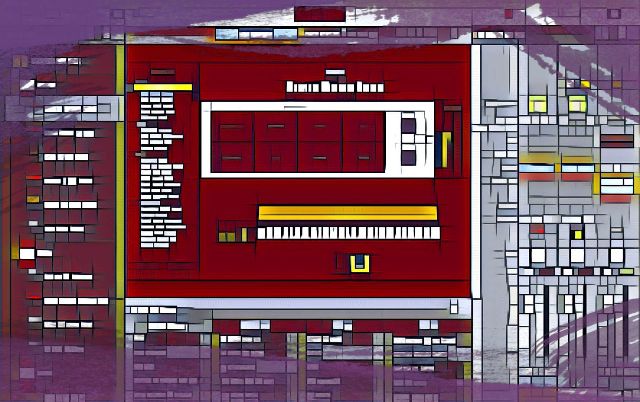 Without VSTs, the world of digital music-making wouldn't be the same as it is today.

Certain hardware instruments, synthesizers, and effects only used to be available to those who could afford them or had the space for them. When VST plugins came around, they provided access to top-of-the-line sounds and effects to anyone with a computer.

If you produce with a computer and DAW, you more than likely already use VST plugins.

However, there might be times when you want to hop on and play around with your VST instruments and effects without launching your DAW. For example, you might want to jam with your VST plugins at rehearsal or play them live on stage.

To do this, you'll need a VST host.

If you've been looking for the best VST hosts for your practice or live performance needs, come dive in as we explore a few of the top VST hosts on the market today.

What Is a VST Host?

VST hosts are pieces of software you can use to load up VST instruments or effects. While you might refer to a DAW as a VST host, we're going to be discussing standalone application options that are made specifically for running VSTs.

Traditional DAWs can certainly be used for live performance, though the ease of use and stability you get from using a VST host is unmatched. The simplicity comes from the fact that you won't find a myriad of features you'd find in standard recording software.

Not only are VST hosts simpler to navigate, but they are also more efficient for a computer to manage.

Our Top Picks for VST Hosts

Cantabile is one of the most powerful and flexible VST hosts on the market today, made for those who perform live. It offers an intuitive way to use VST instruments and effects plugins in real time, thanks to its fantastic MIDI-routing capabilities. Whether you're performing on stage or rehearsing at the studio, you'll enjoy the flexibility and practicality of this high-quality software.

The workplace in Cantabile is nothing short of intuitive, giving you racks for your VST instruments and effects and allowing you to route MIDI and audio to and from various sources with ease. It also gives you quick access to the most important mixing parameters for your plugins, including pan settings, gain settings, presets, wet/dry mix levels, and more.

The software allows you to define triggers to easily control external devices as well, and though it is not a DAW, you can record and playback MIDI and audio, making it a wonderfully unique little sketchpad for jotting new ideas down on the fly.

For studio use, the morphing and randomization tools can be found at the top of each plugin editor, making it easy for you to experiment and find new sounds in a pinch.

One of the most popular and flexible VST hosts for Mac users is the Apple Mainstage VST host. It's an excellent choice for those who love the plugins, presets, and effects plugins found in Logic Pro X, though want the live performance flexibility of a quality plugin host.

As a guitarist, I can't help but fawn over the amp rigs and virtual pedalboards, which offer a quality sound for on-the-go performances. It's also much better than lugging around a heavy Twin Reverb amp.

Keyboardists will love classic keyboard emulations, such as the Hohner Pianet, Fender Rhodes, and Hammond B3 emulations.

The interface is sleek and intuitive, as you would likely expect from Apple, allowing you to program chord triggers with ease. You can create macro knobs to control various features of a single patch, and Mainstage gives you a visual display of every knob that you're controlling, so you can always see what parameters you're altering.

Overall, if you're a Mac user and you like the flow and aesthetic of Apple software, you'll love Apple Mainstage.

Tone2 introduced NanoHost a few years back. This minimalist piece of freeware is barely a VST host but more of a wrapper for Windows and Linux computer systems.

This standalone application was made to host virtual instruments. While the set of features is pretty limited, the ease of use, stability, and fast load times offer just about all you need to run any plugin standalone.

Simply load up your favorite VST plugin and choose the MIDI channel for your input. You'll instantly see how lightning-fast this thing reacts, great for musicians and producers who want to jam with their virtual instruments or test out new VST plugins without having to open up their DAW.

One thing to note about the application is that it is totally portable, meaning you don't even need to install it on your computer to start using it. Simply download the ZIP file, open it, and start running the program directly from your hard drive or USB.

While it's hard to ask more of free VST developers, we wished that the GUI was resizable. It's not very optimized for high-resolution screen setups. However, for a free VST host, it's very functional and practical.

If you're looking for a free VST host that acts somewhat like a guitarist's pedalboard, then the Niall Moody Pedalboard 2 is a great choice. This super lightweight VST host works without bogging down your computer's CPU. You can easily chain together a number of quality amp sims and virtual stompboxes to get your desired guitar sound while performing.

You'll find a number of modular patching capabilities, MIDI CC real-time manipulation, and a rapid-switch feature to hop from patch to patch in a pinch.

The code found in Niall Moody Pedalboard 2 is completely open-source, allowing developers to dive in and modify the software to their purpose. It's available for both Windows and OSX as well.

While it's hard to complain about a free VST, we have to note that the interface is severely outdated, especially compared to the other host plugins on this list. If you can get past the Windows 97 aesthetic, you'll certainly appreciate the flexible features this VST plugin has to offer.

Kushview Element was recently released as the 2.0 version. It can now handle VST and AU plugins in one of the most flexible modular configurations on the market. The interface utilizes a matrix-style design that looks like a digital patchbay. With a dark and sleek look, it's perfect for the modern producer.

In the center of the plugin interface, you'll find a graphical editor, which allows you to draw in custom signal chains and complex effects racks with ease. Challenges can often arise in the performance sphere, and being able to easily chain things together with a drag-and-drop interface can be lifesaving.

Element is ultra-compatible with several hardware controllers. You can sync it up to external MIDI clock sources as well.

The best thing about Kushview Element? It's completely free! With an open API, you can even dive into it and alter it for your personal needs. You'll also find a massive online community of Kushview Element users with plenty of contributors and modules.

We always try to support independent developers here at eMastered, and it's great when we come across that's made a plugin as useful and high-quality as VSTHost. VSTHost is a very intuitive but effective VST host app that started from a simple plugin testing platform in 2022 that became ultra popular among keyboard players in the earliest developmental years of VSTs.

Though it has some years under its belt, it's still one of the best and most effective VST host plugins around. You can easily load your favorite plugins, edit the parameters, send out MIDI information, or save setups for future recall. It still receives regular updates and the current 1.57 version comes with plenty of bug fixes and enhancement.

Note that this VST host is only for Windows users and the interface is a bit outdated. In terms of its aesthetic, it doesn't really stand up to new plugins. However, in terms of pure functionality, you can't go wrong VSTHost.

If you're looking for a feature-rich VST host option with versatility for miles, the Live Professor 2 software from Audiostrom is a great choice. You'll find impressive hardware control options, flexible signal chains, performance-oriented cue lists, and an impressive list of presets to get you started.

Live Professor 2 is not a joke. It was developed with a number of high-level industry pros to allow live performers to use their favorite VST plugins with ease.

The new second iteration of the plugin comes with a new Signal Chains feature, where you can connect multiple plugins in a series and organize them into chains, which you can then save and organize for later.

The interface is very responsive with its sleek and dark layout. It provides an extensive snapshot automation, allowing you to seamlessly toggle between snapshots or recover entire projects.

As for the hardware, Live Professior 2 is ready for just about any major hardware controller that you can throw it at. It's clear that the team at Audiostrom worked hard to make the system as flexible as they possibly could. Even better yet, each of the controls can be tweaked to make your hardware respond how you want it to.

Lastly, the MIDI modifier section is very powerful, especially for keyboardists. You get plenty of common functions, such as filtering and transposing, which you can use on the fly.

Of course, just because a DAW might lack the speed and intuitive nature of some of the above VST host applications, it does not mean you can't use it for practicing or playing your VST in a live setting.

Though it might sound obvious, any application that can run a VST plugin is a VST host, so obviously, your DAW is a perfectly sound option.

Of course, it's important to remember that your DAW is going to be far more complex than your average VST host, meaning you'll have to deal with a more complex system when playing live. Any system that is more complex will have more room for error, which you might not want to worry about when you're trying to deliver an emotional performance.

The good thing about using a DAW as a VST host is that you're probably already familiar with the DAW you use. Building your performance setup won't require you having to learn how to use new software.

Plus, you'll be able to translate any project to you're working on into a performance project with ease.

Whether or not your DAW will make a good host for live use will depend on the DAW itself. Some DAWs, such as Ableton Live, are often used for live performances anyway, so you'll have an easy time integrating it. On the other hand, DAWs like Pro Tools aren't the most user-friendly in the live performance sphere.

A good VST host may seem like an ultra-particular piece of software to have in your arsenal, though when it comes to practicing or performing live, it can be very useful to have. Anyone who has ever tried to perform with a VST plugin live knows that it can be quite complex. In many cases, problems can arise that are difficult to fix if you're dealing with the complexities of the DAW.

We hope that our VST host list helped you find the perfect program to access your favorite virtual instruments and effects.