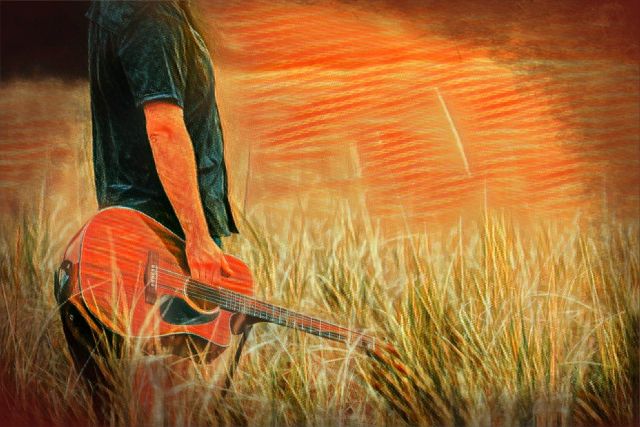 Country music has a rich history with origins tracing back to blues, folk, and gospel music. This genre has also led to new ones, with subsets like Americana and honky tonk originating from this sonic space. But how does one make country music of their own?

What Is Country Music?

Country music has deep roots in the rural, southern regions of the United States. This genre is an amalgamation of other older genres that dominate the region such as blues, bluegrass, spirituals, gospel music, and American folk music.

Some of the oldest country music stars include artists like Jimmie Rodgers and Hank Williams:

Like any other genre, country music continues to evolve to this day, but there are a couple of common characteristics you'll typically hear throughout most country music:

Other instruments like the piano or harmonica are also heard in popular country ballads. Pop country music will take in outside pop elements like programmed drums or even synthesizers to give the music a more danceable edge.

Due to its origins, its no surprise that country music subjects are often based around life in the American south. You'll often hear depictions of blue collar work, life on the farm, faith and themes of love and loneliness. Country music revolves around capturing the experiences of everyday people.

Country music is often one of two extremes - tragically sad or heartbreaking, or absolutely carefree. While you can find a country song about anything and everything, this genre prioritizes imagery and storytelling above all else. There's a reason why country music has its own hub in Nashville outside of the national music hub of Los Angeles. Country music aims to be raw, honest, and relatable to the listener, showcasing the nuances of modern American life.

Without further ado, here are some of the most common country guitar chord progression patterns that every musician should know.

This chord progression is very similar to the one above, with the dominant and subdominant flipped. You can hear it in country classics like Achy Brakey Heart :

This progression is super common throughout country music and pop music alike. Here are 7 songs any country guitar player can enjoy with these four chords alone:

Are you struggling to land some country chord progressions? Here are some commonly asked questions and answers to help you expand your understanding.

What are the most common chord progressions in country music?

What are the 3 chords of country music?

I IV V are regarded as the backbone of a country song. This isn't a hard and fast rule, but you'll find that a wide variety of country songs can be played utilizing this progression or variations of it.

What chords do country songs use?

Country songs usually use chords that have a strong relation to the tonic like I V vi IV or variations of these major chords. That being said, country music is a wide, varying genre, so this is largely a generalization.

What key are most country songs written in?

Most country songs are written in major keys like C G F Major using I IV V progressions or variations of it. Playing country progressions isn't overly complex in terms of music theory - the secret sauce is in the songwriting.

Country chord progressions are fairly simple but sound great as the backbone of country music. Hopefully, this guide makes it easier for you to decode popular country music so that you can enjoy playing your favorite songs. Have fun exploring this classic genre!