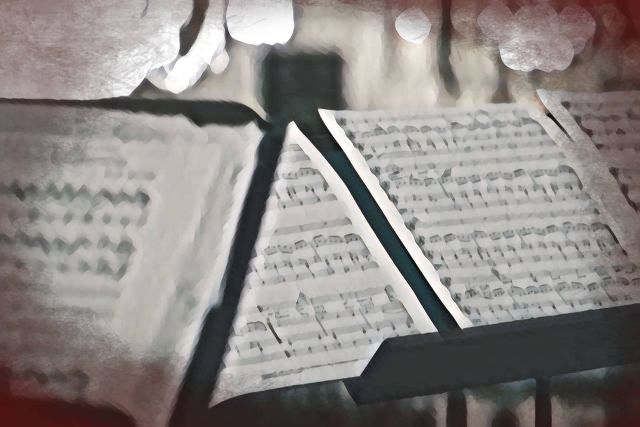 Beyond your standard Ionian and Aeolian modes, many consider the Dorian mode to be one of the most important modes in the diatonic scale. Whether you're using it for improvisation or composition, it is a crucial mode to have locked down in your toolkit.

However, we know that modes can be frustratingly mysterious to many musicians starting out (and sometimes for those who have been playing for many years), which is why we're here to take you through everything you need to know about the Dorian mode!

Modes, otherwise known as  modal scales , are a grouping of seven diatonic scales that are based on the major scale.

On the other hand, if you were to start on the second scale degree of C major, which is D, you would be playing D Dorian.

Check out the chart below, which details all of the different modes found in the scale of C major. This same chart can be applied to any major scale.

What Is The Dorian Mode?

The major scale is composed of whole steps and half steps, so no matter what note you start on, the pattern will remain the same. The pattern looks like this:

However, since we start on the second degree when using the Dorian mode, we must shift this pattern one step up. It then becomes:

You will also find a seventh that has been flatted.

Overall, the degrees of the Dorian mode look like this:

With the flat third and flat seventh, the Dorian mode sounds much darker and sadder than the major scale, which is why people often use the Dorian mode when writing melancholic music. However, because the Dorian mode  also  has a major sixth involved, it has a unique bright quality to it that you won't find in your typical natural minor or minor pentatonic scale.

The major scale is at the foundation of all western music and the scale on which we build all of our major modes. The scale consists of seven notes in the whole-half pattern that we talked about earlier.

To get a better grasp on the major scale, otherwise known as the diatonic scale, you can take a look at the chart below:

We derive the Dorian mode from the major scale, which is the Ionian mode. However, for example, if we were to use the C major scale, we would start on the second degree, D, to get the Dorian scale.

However, though both of these scales share all of the same notes, there are some pretty clear changes that pop up.

It's important to note that when the starting note of a scale changes, so does its tonal center, which then affects the intervals found in the scale. For that reason, the Dorian scale has a much different  feel  than its major counterpart.

If you were to improvise on the piano using only the white notes on top of note D, it would sound very different than if you were to do so using note C.

The natural minor scale sometimes referred to as the Aeolian mode, is similar to the Dorian mode in that both of these are considered minor scales. This is because the interval between the root note and the third note is a minor third.

If you were to play both of these scales on the piano, you would immediately notice the  bright  quality compared to the Dorian scale compared to the minor scale, which we talked about earlier.

How to Find The Notes in The Dorian Scale

At this point, you should have a decent understanding of the Dorian scale. The good thing is that finding Dorian scales relative to their major scales is quite simple, as Doring is only a step up.

Of course, it's still crucial that you know how to approach the notes in the Dorian mode with a  modal  mindset.

If you're looking for the notes in a Dorian scale, whether C Dorian, B Dorian, Eb Dorian, or any other type of Dorian, you can use one of the techniques below.

The modal formula is one of our favorite ways to figure out the notes in modes.

The modal formula for the Dorian scale is:

You'll start by choosing a note to build your mode on top of. For this example, let's switch it up and start with the note B.

The root note in Bb Major is Bb. However, since we start on the second degree when building on top of Dorian, we'll use the second note in Bb major as the first note in the Dorian scale, which is C. So, for this example, we'll be in C Dorian.

The notes of C Dorian are the same as in Bb major, though starting on note C, they look like this:

Technique #2 - Use the Relevant Major

Technique #2 can be really helpful if you're ever jamming in a band or soloing live and you need to find the right notes.

The beauty of modes is that they are all based on major scales. So, for Dorian (and all other modes), all you have to do is find the relevant major that it is based on. The relevant major for a Dorian mode will ALWAYS be two half-steps or one whole-step below the root note of that major.

We love this technique for those who are just starting out and have only memorized their major and minor scales.

When we talk about a mode's characteristics, we're talking about the defining qualities that separate it from other tones. These are the elements that give a mode its unique flavor.

We always recommend looking at where the half-step intervals and tritones exist when trying to gauge the quality of a mode. You can also look at the quality of the third to determine whether it is major or minor.

The major scale's modes use two half-steps and a single trione interval, which can go both ways. For example, in the key of C, B to F is one tritone, while F to B on the way down is  also  a tritone.

With the minor 3rd, we can gauge that Dorian has a minor quality about it, very similar to the natural minor. Of course, as we said before, it's the raised 6th that distinguishes it from all of the other modes, as well as the natural minor and minor pentatonic scale.

We often find the use of Dorian mode by looking at the chord progression in a song and how it fits with the melody. When you listen to a lot of classical music that only uses instrumentation, you get an idea of modality based on the instrumentation that you find playing underneath the key.

However, in most modern music, the instrumental often lacks modality. It isn't until the vocal is added to the music that it becomes clear what mode you are using.

In the case of Chris Isaak's "Wicked Game," the vocal melody ends on the second degree of what would otherwise be the major scale. For this reason, we can assume it is in Dorian mode.

"Billie Jean" is a hit single produced by Quincy Jones and the late Michael Jackson. The entire structure of the verse is deeply in E Dorian mode, as the vocal melody ends on an F#, which is the second degree of the key of E Major.

While some may argue that the song is  actually  in Aeolian, we believe that the D# in the G#m chord in the song solidifies its Dorian flavor.

"Mad World" by Tears for Fears is a popular song that screams Dorian mode. Every section of this fantastic piece of music is written in A Dorian. You can look at the following chord changes to see Dorian mode in action:

Below, you will find a chart that lists all of the Dorian mode scales starting from all different notes.

Putting The Dorian Scale To Use

To start putting the Dorian mode to use, you'll want to learn the mode inside-out. Start by ensuring that you have all of the notes memorized and familiarize yourself with playing the Dorian mode in ascending and descending form.

Ensure that you can play it in any of the relevant major keys.

Here are a few ways we recommend integrating the Dorian scale into your practice and playing:

Start by learning how to play to the Dorian scale in ascending and descending order. We recommend starting with D Dorian, as it is the easiest to play of the bunch. Then, you can move to C Dorian, B Dorian, E Dorian, and all of the other Dorian modes.

Soon, you'll begin recognizing the pattern of tones and semi-tones or whole and half-steps, which will allow you to easily transpose this scale into any key of your choosing.

Familiarize Yourself With Scale Interval Patterns

After you feel comfortable playing scales, you'll want to begin practicing intervals. Again, the Dorian mode consists of these intervals:

As you play these intervals, think about the kind of  mood  they give off and do your best to internalize it for future reference.

When you feel tuned in to what these intervals sound like, and you feel comfortable enough playing scale patterns, you can expand your playing repertoire, experimenting with melodic and intervallic note patterns while sticking to your tonal center.

Experiment With Triads and "Dorian" Chords

Playing cluster chords that are built on the notes of the Dorian scale is a great way to internalize how the mode feels. For example, you can use the characteristic flat thirds and seventh to make minor seven chords or minor triads.

To add a bit more interest to your chords, you can even use the unique major 6th degree found in the Dorian scale.

Look at the photo below for some good examples of Dorian chords:

Put Your Practice To Good Use

Here is a good Dorian scale backing track to get you started:

Beyond the Ionian and Aeolian modes, the Dorian mode is the simplest of the modes to get a grasp on. Because it is so similar to the standard minor scales, it will likely sound and feel very familiar. Plus, with the use of these distinctive intervals that the Dorian scale uses, it's easy to play and improvise without worrying that what you're playing will feel dissonant.

As you start using the Dorian scale in your music, there are a few things to look out for that I want to leave you with: