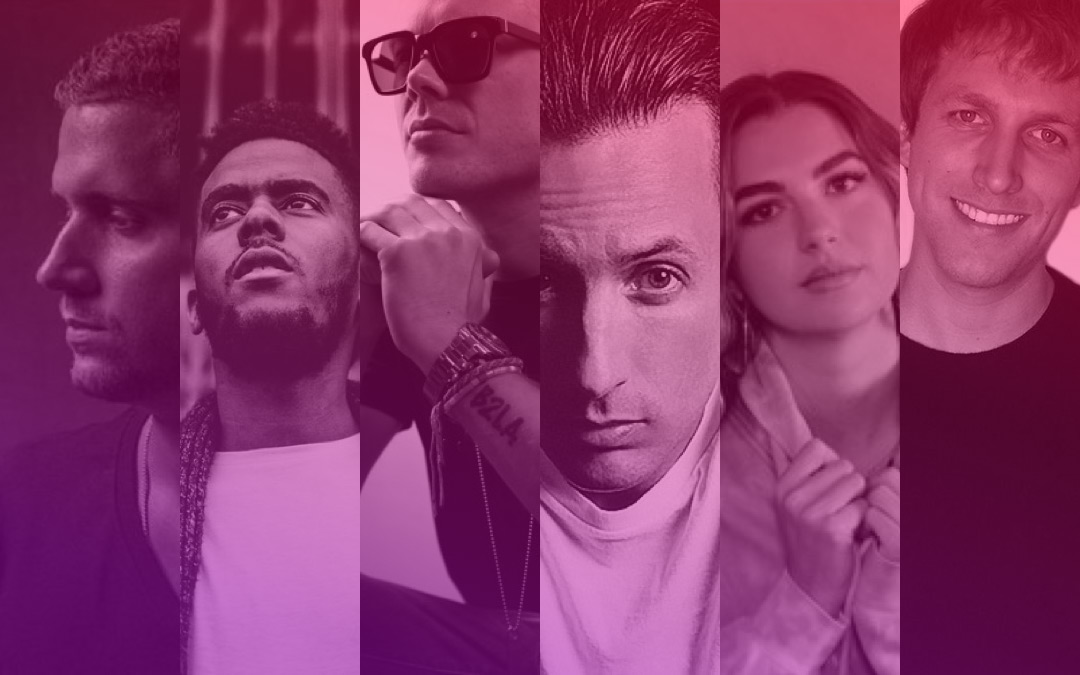 eMastered has been around for quite a while now, and over the years our initial goal of using online mastering to help musicians make music more affordably and effectively has been a resounding success.  As our company has grown so too has our support within the music industry, and we’ve been fortunate to have some of the biggest names in music join our family.

Don’t believe us? Check out what some of our high-profile supporters said below!

Lauren LaRue is quickly becoming one of the most important writers in popular music. She collaborated with Arizona Zervas on his smash-hit “Roxanne,” which has notched nearly one BILLION plays on Spotify to date. She’s worked with country icon Sam Hunt and pop star JoJo, along with a list of other artists you might know.

While cranking out pop hits Lauren has also been an avid supporter of eMastered. Check out her eMastered review below:

“I love eMastered! It has greatly improved the quality of my songs, I never send a track without it now! Highly recommend!”
– Lauren LaRue

2. Tae Beast, Producer on Kendrick Lamar’s “To Pimp A Butterfly.”

Tae Beast helped work on the Grammy Winning album that transformed Kendrick Lamar from a grassroots obsession into a household name. He’s also a member of Digi+Phonics , which has been responsible for some of the biggest hip hop tracks of recent memory (Schoolboy+Q, Kendrick Lamar and AB-Soul).

Tae Beast has been supporting eMastered since the beginning. Check out this quote below from his first-ever experience using the platform:

“I tried eMastered on an instrumental that I did some light mixing on, and the engine did some great EQing and Compression. It really enhanced the track.”
– Tae Beast

Smith Carlson has worked with some of the brightest names in music. As a protege to famed writer and artist Ryan Tedder (the lead singer of OneRepublic) Smith has worked with artists ranging from pop legends like Maroon 5 and Beyonce all the way to rockers (U2) and hip hop icons (Jay Z, Kanye West, Pharell).

He’s an outspoken supporter of eMastered, which is evidenced by his quote below:

“eMastered is changing the game for music creators with its online mastering. Musicians can now take their songs to the next level with professional mastering. It’s a mastering tool every music creator must have.”
– Smith Carlson

If you’ve listened to pop, hip hop or EDM over the last 10 years odds are you’ve heard Clinton Sparks’ handiwork . The prolific writer, producer and DJ has worked on countless records for artists like Lady Gaga, Akon, and 2 Chainz.

Clinton has always been one to be on the cutting edge of innovation, and his support of eMastered is a testament to that fact:

“eMastered has become an essential element in my music-making process. Simple, fast, and most importantly, incredible quality. This will become a standard for anyone making music”
– Clinton Sparks

A collaborator behind one of the biggest pop/EDM songs in many years , Carlos CID has become a highly successful DJ in his own right. A brilliant producer and engineer Carlos has become a staple in DJ sets around the world, and on top of it all he’s been an eMastered supporter for years:

“I was blown away when I heard eMastered for the first time. It did such an incredible job for the variety of songs I threw at it. I wish this had existed when I was starting out.”
– Carlos CID

Tommy Black has been a rising star in the hip-hop scene for several years now. He’s worked with the likes of Dr. Dre, Schoolboy Q and countless other artists. On top of it all he’s been giving good reviews to eMastered for quite a while since becoming an active user of the platform, see what he had to say below:

“It used to be a stumbling block with the mastering process. Now I use eMastered on a daily basis and look forward to elevating my tracks through it.”
– Tommy Black

Don’t Take Their Word For It. Try It For Yourself.

We’ve been fortunate to have such great reviews from Grammy Nominated (and winning) artists, writers and producers, but now it’s time for you to see why.

Our mastering tool is completely free to try, and in seconds you’ll be able to hear how much better eMastered’s professional mastering can make your tracks sound.

What are you waiting for? Click the link below to get started, or read our other articles about how to make better music on our blog.