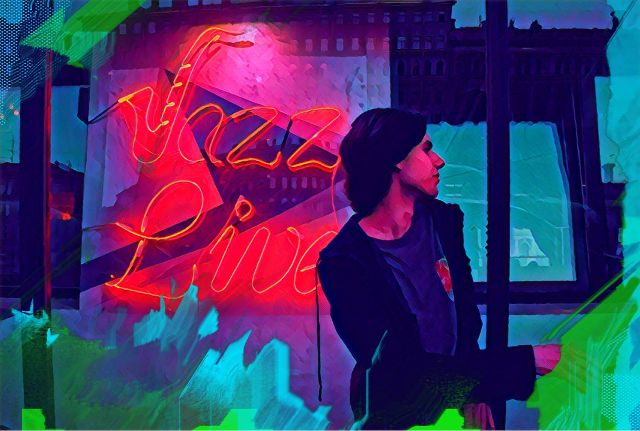 Jazz music is defined by its endless experimentation and commitment to breaking boundaries. With so much nuance, it can be difficult to learn how to make jazz chord progressions or incorporate them into your music.

Before building a jazz chord progression, it's key to understand what a chord is and how to build them. Essentially, a chord is a collection of 3 or more notes that belong to the same key, or note family. In addition to the key, chords are defined by modifiers like major, minor, augmented, and diminished which speak to how they're created.

A major key tends to have a more natural flow giving way to upbeat, happy songs typically found in pop music. Minor keys, on the other hand, tend to be a bit more mysterious or sad sounding.

Jazz chord progressions tend to mix and match major and minor chords to create a complex form of expression. This way of describing chords is universally understood by musicians, so it's worth taking the time to understand the basic theory behind it.

A chord progression is a collection of chords within a particular key whose order evokes a certain feeling within the listener. Context matters with chord progressions. The same three chords presented in a different order could make for a completely different result emotionally.

Chord progressions are expressed using Roman numerals. Symbols are used to showcase augmented and diminished chords, paired with the numerals. For a minor key, the Roman numeral is lowercase. Major keys have uppercase Roman numerals for further distinction.

What is Jazz Music?

To understand the eclectic trademark of a jazz progression, it can be helpful to look at the origins or roots of the genre. Jazz music was born in New Orleans in the early 20th century.

This city was incredibly diverse, which led to jazz musicians combining the sounds of swing, jazz blues, ragtime, and band marches for a signature sound. This genre is widely based on improvisation and experimentation with genre heroes like Duke Ellington and Benny Carter.

Jazz players and singers are known for having a noticeable level of technical skill and expertise. As the saying goes, you need to know the rules to break the rules, and many jazz musicians take this to heart when it comes to music theory.

If you're looking to make your chords stand out from the crowd, using a jazz chord progression is a great place to start. A jazzy progression tends to be more complex than the typical pop or rock chord progression, oftentimes breaking some of the more traditional rules of music theory, utilizing stacks and tension to create moody, unforgettable feelings.

From Charlie Parker to Louis Armstrong, jazz standard progressions hold some common characteristics. Here are some defining traits you might expect amongst jazz chord progressions.

Got rhythm? The phrasing of jazz music is unique in that it incorporates syncopation and offbeat expression as a part of its trademark sound. Unlike most other types of music, jazz music doesn't have to fall neatly on the downbeats.

Jazz chord progressions are fluid and often have leading tones in between chords to create interest and a more organic composition.

Since jazz music was born from improvisation, creating this dynamic contrast is key. Jazz rhythm changes keep you on your toes when listening to this highly dynamic form of music.

Jazz music was built off of live genre-bending and improvisation. Therefore, whether you're playing jazz guitar or scatting on some jazz blues chords, you'll express a wide range of tones and levels. Jazz music ebbs and flows in relation to the message of the music.

7th and 9ths refer to the position of notes within 12 keys based on your starting key. For instance, in the key of C major, the 7th note in the scale is B. A CMaj7 chord is therefore C-E-G-B adding on a 7th note to the common chord C major which is spelled out as C-E-G.

The 7th chord has an extra note that adds tension and interest to an otherwise well-known chord. 9ths, 13ths, etc. all use this same principle, continuing to stack additional notes onto your base chord. A basic jazz chord sounds like it has much more depth thanks to the help of these extra notes.

Jazz music isn't known for being straightforward. Unlike other popular forms of music, jazz music often switches keys or tonalities in a process referred to as modulation. This shift creates a dynamic atmosphere that jazz music is known for.

Dissonance refers to tension in the music. The closer the two notes are, the more dissonance they have. Many jazz chords emphasize these relationships by design, creating and releasing tension for sonic rewards. Sonic devices like dominant 7th chords help facilitate dissonance and modulations that are characteristic of the genre.

The tritone substitution, where a dominant 7 chord is swapped for another a tritone away, is commonly used through improvisation and is used to create tension, especially during solos.

A secondary dominant chord is creating a dominant 7 chord (or a 5 chord with an added 7th) built on any scale degree besides the 5 chord. This sonic device creates a satisfying variation and helps when transitioning from one movement to the next.

In between key chords of a progression, jazz standards will often incorporate diminishing passing chords. These chords help create tension and release especially when moving between the tonic and scale degrees 4 and 5.

While this is fairly general and hard to define, jazz chord progressions are generally more complex than the typical chord combination. Instead of a straightforward switch between minor and major chords, you're working with progressions like Em7 A7 Dm7 G7 Cmaj7.

This is seen with jazz music's stacking, adding walking bass lines, and extra leading notes to get from one modulation to the next. Jazz music prioritizes these additions since it encapsulates the spirit of improvisation.

Jazz Chord Progressions In The Music of Today

Not everyone is a fan of classical jazz music. However, jazz chord progressions often show up in the music we love today:

Variations of the classic 2 5 1 progression are probably the most popular across jazz standards. Like any chord progression, you can also add 7th for additional interest. In the key of C, this chord progression equates to Dm7 to G7 to Cmaj7.

The ii v i progression, or ii V I, in this case, spans many genres of music including Maroon 5's "Sunday Morning":

This easy-going progression is great at establishing the key starting and ending with the familiar major I and five or dominant chord. Take the example from classics like Fred Astaire's "Cheek to Cheek":

While it may seem strange, moving from the major 4th to the minor 4th can be a chord progression on its own. It's also a pretty simple chord progression to remember if you ever find yourself struggling to learn jazz chords. For instance, in the key of C major, this would equate to moving from a Fmaj7 to Fmin7.

You can hear this progression shine in songs like George Benson's "There Will Never Be Another You":

The I IV chord progression might only have two chords, but that doesn't make it any less impactful. It's far less common than the very common I V progression heard across pop music, but you'll still hear it in renowned classics like John Lennon's "Imagine":

While the iii vi ii v is often used as a turnaround in between sections, it's still worth mentioning within the context of jazz chords. Songs with a jazzier influence tend to be fairly dynamic, incorporating a switch-up regularly instead of repeating the same chords over and over.

The minor ii v can be substituted for a ii major V chord depending on the basis of your track. Since jazz music regularly waffles between major and minor, you can experiment with any chord in the same way you approach the ii v chord substitution.

This classic jazz chord progression has earned a reputation as one of the best, showing itself in songs ranging from "The Girl From Ipanema" and "Take the A Train":

In "The Girl From Ipanema" alone, you'll experience chord shifts from F#dim7 to Gm7 to C7 to Am7 back to C7. Every bar can be different within the context of a jazz chord progression.

How To Make A Jazz Chord Progression

You've heard the magic of jazz chord progressions, now it's time to make your own! Here's how you can build your own jazz chords in 5 easy steps.

In order to build your chord progression, you need to first pick the key or note family to create your chords. Jazz music is unique in that you're commonly shifting from one key to another, so it's also a good idea to outline any other relative keys for future modulation.

Pick something within your vocal or instrumental range that you're comfortable playing with. When in doubt, opt for the key of C to avoid initial accidentals while playing complex turnarounds and variations in your music.

2. Write Out Your Chord Chart

Once you've selected the key, it's time to write out your chord charts. With jazz chord progressions, it's wise to write out both major and minor chord configurations since you'll regularly be jumping between the two keys while sprinkling in diminished chords and other flourishes. You can also use a chord chart reference if you find yourself getting stuck.

Now it's time to have some fun! You can start out with traditional jazz chord progression combinations like vi ii v or play off of jazz standards, but you can also mix and match to taste. Note that some of the strongest sonic relationships in jazz music rely on the interplay between the i, ii, iv, and v scale degrees, so you should definitely play with these various combinations.

Playing jazz music is all about adding an extra layer of flavoring to your tunes. Once you've landed on a chord progression you're excited about, find ways to add variation, movement, and extra layers within the context of your song.

Maybe you take that C major chord and convert it into a Cmaj7. Maybe you incorporate rhythm changes, letting your v chord hit off the downbeat. Maybe you use half-diminished chords in between signature chords to bridge the gap.

In jazz, there are no rules! play around with your phrasing to make your tune as dynamic and varied as possible.

There you have it! Once you have a chord progression, it's time to improvise and add to the music in the true style of jazz. Play jazz guitar, scat, or riff on the keys on top of your progression. The possibilities are endless.

Jazz chord progressions are special. They take risks, add flourishes, and build suspense to create depth in dimensions in music that are hard to find otherwise. Hopefully, this guide makes it easier for you to incorporate jazz chords in your music.

Whether you're a seasoned jazz guitarist or budding musician interested in playing more complex chords, jazz music is for you. Having fun experimenting with jazz chord progressions!