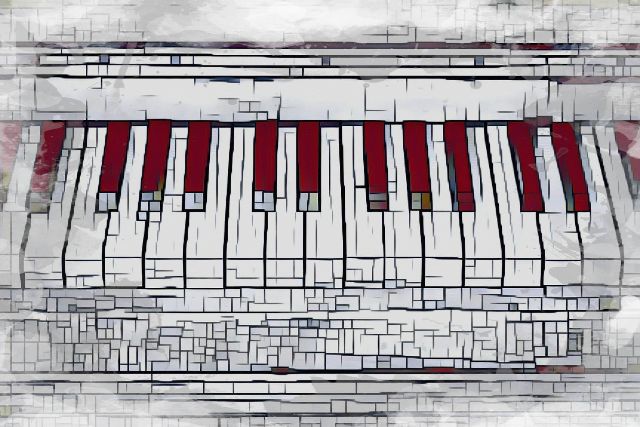 Lofi music has taken over the internet. This curious blend of genres has become a new form of music in itself, creating a relaxing, genre-bending blend of hip hop infused beats. But how does one build lofi chord progressions?

Below, we'll uncover the trademarks of the lofi or lo-fi genre and show you exactly how to build lofi chords so that you can incorporate these methods into your next beat.

What is Lofi and Lofi Hip Hop?

So, what exactly is Lofi or Lo-Fi music? Technically speaking, Lo-Fi stands for low fidelity, which is the opposite of Hi-Fi or high-fidelity music. Lofi music is designed to have a nostalgic, not necessarily crisp sound that you would seek in a modern pop mix. Instead, instruments are deliberately processed to sound older and even damaged, in some cases.

You'll often hear vinyl crackles, 8-bit samples, and a nostalgic feel associated with Lofi music. This genre is based on nostalgia and evokes warm, fuzzy feelings with lofi pioneers including Toppabeats, Nujabes, and Jinsang.

This genre is paired with calming visuals and occasionally samples of speech or audio recordings from movie clips to add to the nostalgic atmosphere.

Lofi hip hop music is often used to relax, study, or sleep. Many accredit the popular lofi hip hop study channel livestream to popularizing the genre and sound on a larger scale.

What Makes A Lofi Beat?

Lofi music is a free-flowing genre, but there are some characteristics worth mentioning that many lofi beats tend to share like:

One of the dominant characteristics of Lofi beats is referencing other material. You'll commonly hear samples of audio, jazzy loops, or even slowed versions of other songs baked into lofi beats. This genre plays off of hip-hop elements, and the sound's focus on sampling is no exception.

Lofi music often blends the organic with the electronic. You might hear a beat with a repetitive electronic drum track paired with organic guitar or piano lines. Instrumentation varies greatly, but will usually be melancholic and phrased at a slow tempo.

Lofi music plays off of a wide variety of genres like jazz, R&B, and hip hop. Lofi hip hop music holds a groovy, jazzy feel while still maintaining a central groove, often sampled from hip-hop beats. Lofi music tends to reside at a slower tempo and aims to be relaxing.

Since lofi music often brings in a jazzier influence, you will likely hear chords that extend beyond the basic triad. For instance, the use of seventh chords is normalized. To build a 7th chord, simply take a chord triad and add the 7th scale degree. If we take the key of C major, C D E F G A B, we can conclude that a C major 7th chord (cmaj7) would be spelled as C E G B since you add the 7th scale degree or B to the base major chord.

Without further ado, here are 5 Lofi chord progressions you can use to spruce up your next beat. For our purposes, we'll examine each progression in the key of C major for simplicity, but note that these patterns can be translated to any key.

This progression has roots in groovier genres like jazz, R&B, gospel, and soul, so it's an amazing fit for lofi music! Check out how you can phrase this progression for some additional nostalgia points:

This common progression unlocks many common songs like I'm Yours by Jason Mraz but it can also be used as a great-sounding progression for lofi music, especially with some extra notes. Hear it for yourself:

This progression, sometimes referred to as the basic "jazz" chord progression in music theory, is perfect for lofi songs. You can hear it in songs like Duke Ellington's Satin Doll among many others:

This is another variation of a common progression that creates tension by ending on the 6th scale degree. With the power of these chords, you can create the foundation of many sounds in and outside the lofi genre:

Plenty of genres utilize the 1 4 5 progression, and lo fi music is no exception. Lofi hip hop songs might have extended chords to create a groovier atmosphere amongst this well-known chord progression, though it can sound great on its own:

Are you still having trouble landing a strong lo fi chord progression? Here are some commonly asked questions and answers to expand your understanding.

What key is Lofi usually in?

Lofi music is usually in a major key, though it utilizes minor and extended chords. There are no hard and fast rules, however-- Lofi music can be in any key so long as it upholds the sound design of the genre.

Why is Lofi music so popular?

Lofi music is popular because it creates a calming, nostalgic aesthetic that is appealing to many listeners. It's easy to listen to actively or in the background while working on something else.

Who is the Lofi girl studying?

The "Lofi girl" or "Lofi hip hop girl" refers to the long-running lifestream of lofi music on YouTube . This channel borrows a study character from the Studio Ghibli film Whisper of the Heart .

What is Lofi Music?

Lofi music, referred to as low fidelity music, is a genre of music based around jazzy chords, a feeling of nostalgia, and slowed hip hop beats. This genre came to prominence with artists like Jinsang and potsu.

Lofi music is well-loved for a reason. This genre gives your all of the smooth groove of jazz and r&b combined with the catchy beats of hip hop. Hopefully, this guide makes it easier for you to build lofi chords in your music. Enjoy playing these groovy chord progressions!