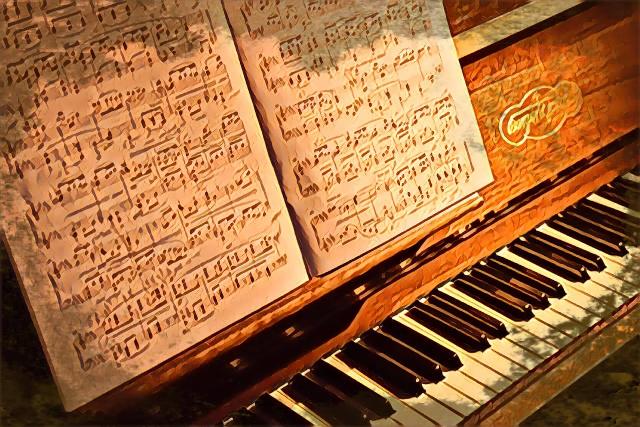 The Lydian mode is the most unusual of the major scale modes, as it is the only one that uses an augmented interval.

In this article, we're going to go over all you need to know about the Lydian mode and why it's one of the most popular modes in western music theory.

Before we get in too deep with the Lydian mode, it's important that we first answer the question,

What are modes or modal scales?

Modes are a series of seven diatonic scales found in western music. Each mode has a unique sound, though all of them utilize some form of the major scale formula with five whole-steps and two half-steps.

The thing that makes one mode different from the next is that each mode starts on a different scale degree.

So, for example, if you play the C major scale, it would look like this:

However, if you were to play through that same scale, though started on D, the scale would look like this:

This would be D Dorian mode.

On the other hand, if you played all of the notes of C major but started on the F note, you would be in F Lydian.

Here's what all of the modal scales look like, based on the scale of C major.

What Is Lydian Mode?

How does Lydian mode fit into all of this madness?

The Lydian mode starts on the fourth degree of the major scale.

It has a very similar quality to the Ionian mode, though the fourth note in the Lydian scale is raised by a half-step.

To remember the F Lydian mode, you can remember its scale formula that uses tones and semitones:

This scale formula translates to the whole-step/half-step formula:

Understand the Scale Degrees of the Lydian Mode

The Lydian mode, as we discussed a bit earlier, is very similar to the major scale. The main difference is that the fourth is raised by a semitone or half-step, creating an augmented fourth.

The intervals of the Lydian scale are:

Beyond the augmented 4th, one of the other reasons for the unique sound of the Lydian mode is that the first four notes are a whole tone apart each, giving this mode a similar sound to the whole tone scale.

How To Use The Lydian Mode In Your Music

Now that you have an understanding of what the Lydian mode is let's look at a few ways that you can use this unique mode in your music.

Whenever I use the Lydian scale when writing music, I like to approach it in one of two ways.

One of the easiest and most obvious ways to utilize the Lydian scale when writing music is by treating the 4th of your major scales with a sharp, giving it a new home throughout the song.

Let's look at F major, which uses the notes:

If you start on note F and play the other notes around it with F as 'home,' you get a standard major feel.

However, now let's say you decide to start on the note Bb:

By treating Bb as the 'home' note or root note, your melody should feel as if it's gone through a transformation away from the relative major. You can get a better feel for this by pedaling Bb and playing the other notes n the Lydian scale on top of it.

When playing the Lydian scale, you should notice a floaty, whimsical tone.

But what if you just want to play in major or minor while adding a slight bit of flavor?

Adding Spice With The Lydian Scale

Sometimes, it can be fun to throw in modes for an added bit of spice when playing a song in a traditional major or minor scale.

This technique is known as modal interchange .

Let's say that we're playing in the key of D major, which looks like this:

However, instead of playing in G Lydian, which would be a fourth up from the root, we want to use D Lydian for a small section of the song.

How would we go about doing that?

This means D Lydian is part of the scale of A major:

D Lydian would use all of the same notes as A major, though it would start on D:

Comparing D Lydian and D major, the only thing that is different is the G#, which takes the place of G. This raised fourth creates a unique bit of color when playing in major.

For example, instead of playing an E minor chord for your ii chord, you could play an E major chord with the raised G.

Famous Examples of the Lydian Scale In Popular Music

One example of the Lydian mode we often talked about in music school was the opening theme for The Simpsons .

The song opens up with a raised fourth degree, which gets used throughout the entirety of the song. Danny Elfman composed this piece and uses many elements that classical fans of Bartok might pick up on, especially when he uses the Bb to deliver a mixed modal feel.

Some might argue that this popular song is in the key of B major, though we want to make a case for it being in E Lydian. The song treats E as the tonic, and the bass never touches B throughout the piece. Treating E as the tonal center with the notes of B major tells us that this song, whether purposefully or not, uses the Lydian scale.

Many songs that use the Lydian scale use two major chords on the first and second scale degrees. One of the best examples of these chords in action comes from Fleetwood Mac's hit, "Dreams."

The song is in F Lydian, using two main chords: F-G or I-II .

We hope that this short guide to the Lydian mode opened up the composer in you to new possibilities. Music theory doesn't have to be overwhelming or confusing, as long as you have a guide to follow.

The Lydian mode is one of our absolute favorite modes for creating unique melodies and chord progressions. If you want your music to sound airy, open, or heavenly, the Lydian scale can be a wondrous tool.

However, with six other modes to explore beyond the Lydian, there are many musical options to explore.