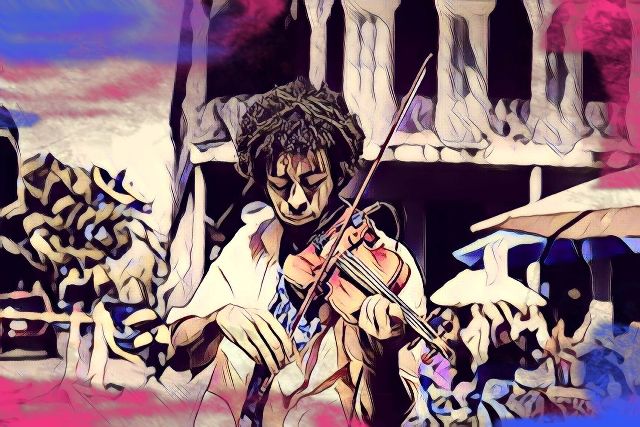 Reggae music is well loved by music listeners far and wide. This genre has a rich history sourcing from Jamaica and pioneered genre-bending artists like Bob Marley and Gregory Isaacs.

The History of Reggae Music

Reggae music found its roots in Jamaica in the 1960s. It's still used to denote many popular Jamaican songs today, and is first publicly coined through the single Do the Reggay . This mixed genre takes inspiration from traditional mento, or Jamaican folk music, ska, soul, funk, jazz, and rhythm and blues music.

This genre is sometimes tied to the Afrocentric religion Rastafari, and can be used to help pass on teachings, though the genre is diverse in subject matter. This genre developed primarily out of ska and rocksteady music, and shares many of the soulful elements. Reggae music helped unify and uplift Jamaican people to embrace African heritage in the face of an oppressive history. The most notable reggae artists and icons is Bob Marley who helped bring the genre to new heights, creating a global stage.

Reggae music is a diverse genre that touches on subjects like social and political criticism, and relationship. This genre has clear rhythmic components usually contained in the guitar parts. Reggae songs usually have two guitar parts: One that plays the rhythm of the piece, and another that serves as a lead or melody line.

Vocals are the center of reggae music and shine against the typical reggae chord progression. It's not uncommon to have multiple reggae vocalists on a single track.

What Is Reggae Muting?

Muting in reggae music refers to deliberately stopping the resonance of the strings. This can create a percussive-like feel, helping transform typical chords into rhythmic chords required of a reggae song.

What Is Choking or Chopping?

A lot of reggae guitar revolves around rhythmic technique. This can be heard through choking or chopping techniques, which is a method in which the guitarists prevent notes from ringing out after they're initially played. This form of expression is also seen in funk music, where choking, sometimes called changing is used to turn guitar into a more percussive element.

Want to play one of the most classic reggae sounds? You can play the iconic Bob Marley's Three Little Birds with this simple yet effective progression:

This mostly minor chord pattern can be heard in songs like Amber by 311:

This simple yet effective chord progression surprisingly starts on the minor tonic chord. Hear it in Get Up, Stand Up by Bob Marley:

Take some notes from the great Bob Marley & The Wailers! Hear this progression in Buffalo Soldier:

Are you a big fan of 90's music? Have fun playing this reggae chord progression that's heard in Santeria by Sublime:

One of the more unique aspects about some reggae chord progression combinations is that they don't necessarily start on the I chord. You can hear this unique progression in No, No, No by Dawn Penn:

Reggae patterns still utilize some of the most popular chords seen throughout all genres of music: I IV, and V. Hear this one in Red Red Wine by UB40:

You might recognize this reggae chord progression from the iconic Bobby Mcferrin song Don't Worry Be Happy . This carefree progression is perfect for any reggae music.

Are your ready to play reggae music? Consider these commonly asked questions

What is the typical structure of a reggae song?

Most reggae songs have a verse chorus, or AB structure. In some cases, a bridge might be added to create ABC form.

How Do You Play Reggae Guitar Chords?

Reggae music typically has one guitar for rhythm and another for lead melody. The chords, played by the rhythm section, usually incorporate choke, chop, or muting technique to create a distinct groove.

What are two common reggae chords?

What key is most reggae in?

Reggae songs aren't written in one particular key over another. However, you'll commonly see reggae songs stem from the major scale or aeolian scale since these scales include the coveted flat seven that adds to reggae's unique groove.

How many different chords make up a reggae song?

Popular reggae music is fairly diverse! You'll come across reggae chord patterns that are just two chords, others with three chords, four chords, or even five chords. We share some of the most popular reggae chord progression examples in this complete guide.

Reggae style music is one of the most exciting genres to explore as a musician. Enjoy playing these reggae chord progressions echoed by some of your favorite artists.