What is Syncopation & How to Use It in Your Music? 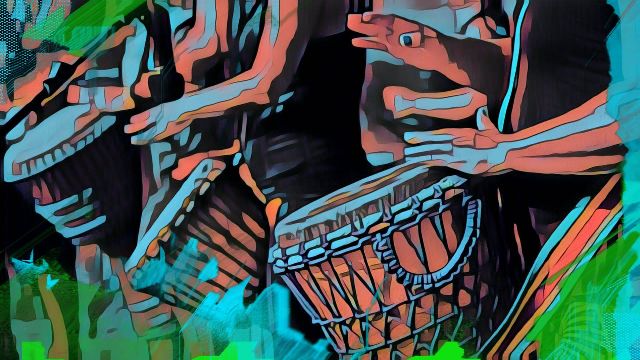 Even if you don't know it, you've definitely heard syncopation in music before.

It's one of the best rhythmic elements for creating unique grooves in helping tracks feel more dynamic.

However, understanding the basics of how syncopation works can be complicated.

That's why we're going to unpack syncopation and its important characteristics so you can begin using it in your music!

What Is Syncopation In Music?

Syncopation is when you play a rhythm or collection of rhythms on the offbeats of the common pulse.

The interesting thing about syncopation is that it is a bit difficult to describe out of context, as it is an element of music theory that one better feels than hears.

Before we dive in and explore this complex theoretical element, it's important that you have a basic understanding of how rhythm works in music.

There are a couple of core concepts you need to get a grip on when it comes to rhythm.

In every piece of music, you will have a time signature, which defines the pulse.

If we look at the example below, we can see that the piece of music is 4/4, which is common time . In 4/4, we feel the pulse on each quarter note of the four quarter notes in a measure.

When you put a syncopated rhythm atop a basic rhythm that’s in 4/4, you get notes that are not on top of each of the quarter notes, creating an offbeat pulse.

A syncopated rhythm will use subdivided notes and rest to deliver emphasis on the offbeats.

If you look at the photo above, you'll see that eighth notes and sixteenth notes are subdivisions of quarter notes.

You can use eighth and sixteenth notes to create syncopated rhythms in-between quarter notes. When you feel comfortable with how rhythmic subdivisions and time signatures work, you'll be better equipped to understand syncopation.

How to Use Syncopation In Music

To give you some more concrete examples, let's take a look at how you can use syncopation in your music.

We'll keep things simple by sticking to 4/4 comment time, as it’s the most popular time signature in popular music.

However, as we go along, remember that any principle we discuss will apply to any time signatures. All you have to know is where the rhythmic emphasis lies.

Finding the Strong and Weak Beats

When you're working in 4/4 time, the strong beats will fall on the one and three counts, while the weak beats will follow two and four counts.

This combination of strong and weak beats is what drives the pulse in music.

When you create a rhythm that aligns with these strong or weak beats, meaning the one, two, three, or four-beat, that is an on-beat rhythm.

Instead, syncopation emphasizes the beats in-between the strong and weak beats.

You'll have to use note subdivision to use syncopation.

If you don't subdivide the notes, you won't be able to place them “off-grid” or between the 4/4 quarter notes.

A typical syncopated rhythm will often consist of eighth and sixteenth notes.

If we were to use eighth notes, the syncopated rhythm would be on the “and” of the rhythm. In 4/4, that would look a little something like this:

When you use sixteenth notes, you further subdivide the rhythms, which looks a little something like this:

While syncopation can certainly add interest to a track, it's usually best to use it in doses. Overusing it can make your music disorienting. Unless that's your goal, we recommend experimenting with ways to use it sparingly and in tandem with non-syncopated rhythms.

There are four common syncopation types that you can begin experimenting with in your music, including Suspension, Offbeat, Missed-Beat, and Even Note.

In this audio example, we have a bass line that starts on the "2" of the phrase, which "suspends" the phrase by a single beat to create a more rhythmic and dynamic feel.

This syncopated rhythm still very much aligns with the primary beat, though it provides an unexpected accent to pique the interest of the listener.

You can use suspension syncopation wherever you would commonly put a strong beat.

When you shift notes from atop the consistent pulse, you get offbeat syncopation. The offbeat is heard a lot in reggae music, and it's when the accented note falls in between the regular beats.

In a 4/4 measure, for example, you have four quarter notes that make up the entire bar. Each quarter note represents a beat. Rather than emphasizing each quarter, not beat, you would instead play in-between them on the eighth notes.

In this audio example, the drum rhythm starts with the kick on the first beat of the measure, though the other kicks in the first measure are on the "and" of 2 and the "and" of 4, creating an unexpected feel.

There are two schools of thought when it comes to offbeat syncopation, including beat-level and division-level syncopation.

With beat-level syncopation, the regular beat remains the same while the emphasis is shifted away from the main beat to create emphasis on the eighth note beats between the quarter note downbeat.

With division-level syncopation, the notes shift even further into the subdivision realm. For example, you can place sixteenth or thirty-second notes in between the quarter-note rhythmic pattern.

This type of syncopation is definitely the most complex, as you're breaking down rhythmic patterns even further into the metric realm.

The beauty of offbeat syncopation is that it works really well in all different musical styles with different types of instruments.

Common rhythms will often put emphasis on odd-number beats, like the one and three. When you have even-note syncopation, emphasis is put on the "2" and "4" instead, which are often weak pulses.

In the audio example below, you'll hear the keys stressing the beats on the "2" and "4", providing syncopated rhythms away from the normal one and three beats.

In music, we often refer to the "2" and "4" beats as "backbeats." When you place emphasis on these backbeats, you give your track a "backbeat" rhythm. When you hear a song that puts emphasis on the two and four beats, it feels much easier to clap or snap along with instead of clapping along with the "1" and "3" beats, which can feel a bit stale.

To practice backbeats when making music, you can put stress on the second beat and fourth beat. You'll more often find this style of syncopation in chords and drum patterns.

Missed beat syncopation is when a strong beat within a measure is replaced by a rest. It is very similar to suspension syncopation, as the missed beat emphasizes the weak beat instead of the strong beat.

The one main difference in missed beat syncopation is the use of silence or rest. This silence will replace the strong beat rather than the weak beats continuing to sustain through.

In this particular example, the kick drops out of the first beat of the second measure to build tension and emphasize the normally weak beats.

One of the best ways to utilize missed beat syncopation is by dropping notes out of the rhythm unexpectedly. I’ll often do this when programming drums by dropping the kick drum out of the one and the three. Uniquely enough, this type of syncopation makes the first beat in the next bar post-rest feel much stronger.

Let's take a look at a few methods you can use to start implementing syncopation into your music practice.

Start Listening to Syncopation In Music

There are many musical styles that make use of syncopation, from jazz music to funk music to dance music and beyond. Just about every genre of western music uses syncopation in one form or another.

One of my favorite ways to get a better inclination for syncopation is to listen to music that incorporates it.

I've left a few syncopation examples in the last section for you, though I can almost guarantee that you'll be able to find at least some form of syncopation in just about any piece of music if you listen for it.

Practice counting out syncopated rhythms. Start out with quarter-note beats, giving each quarter note a whole number. In the common time signature 4/4, the count for these notes would be 1-2-3-4.

Once you get comfortable with that, start counting eighth-note beats that sit in between the beats. You can use the word "and" to count these off beats like this: 1-and-2-and-3-and-4.

You can continue on with sixteenth note beats, dividing those "and's" even further.

Practice counting to the music you already listen to so you can get a better feel for how these syncopated rhythms work.

Use a Metronome for Practice

If you play an instrument, I can't recommend any better practice tool than a metronome. As a guitarist, metronomes have become essential in my practice. They provide a consistent pulse, allowing me to practice to my desired tempo and giving me strong pulses to play around.

Next time you practice your instrument or record a rhythmic pattern for a new track, do it to a metronome. While the metronome is going, see if you can play a few rhythms outside the main pulse. Let it loop for a bit to get a better feeling as to where the main beats lie.

As you get more comfortable with this, you'll begin to realize how easy it is to create fresh new rhythmic patterns. It may not feel totally natural at first, though the more often you do it, the better your natural technique will become.

Examples of Tracks with Syncopation

Every time I think of syncopation in pop music, I can't help thinking of “Little Lion Man” by Mumford and Sons. The instrumental portion of this song is very syncopated, playing off the beat of the kick drum. It's almost so syncopated that it’s difficult to the strong beats.

Almost every instance of the vocal melody in Major Lazer’s 2015 hit, “Lean On,” is syncopated. The kick drum in the song is there to enhance the pulse, while all the melodies utilize syncopation to create more dynamic interest.

Keep It Fresh With Syncopation

Syncopation can be really complex, as it is one of the most advanced elements of music theory.

The best way to get better with syncopation is to practice using it in your music. Learning how to create rhythms outside the beat takes a bit of practice, even for advanced drummers.