Types of Rap: Exploring the Genres of Rap Music 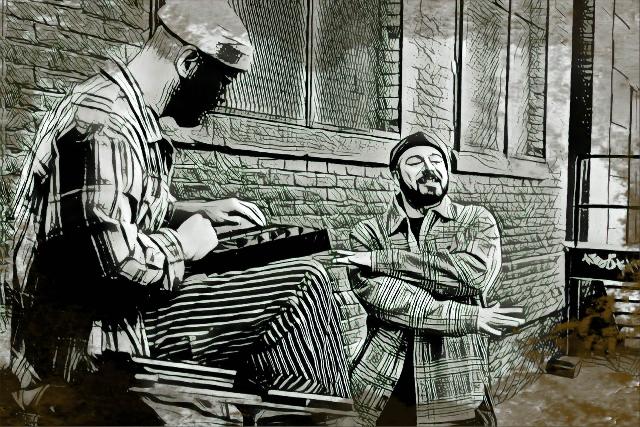 Rap music, like many other music genres has divulged into a whole host of subgenres. The rap genre proves to be massive, spawning new iterations to this day with sounds ranging from classic conscious hip hop artists to new genres like emo rap inspired by trap music and pioneers like Lil Uzi Vert.

Below, we'll dive into the history of rap and hip hop music and explore each unique rap subgenre.

What Is Rap Music?

The word "rap" is built off of an acronym that means rhythm and poetry. Rap music can describe a variety of subgenres that use the rap vocal delivery. Essentially, rap is the art of combining rhythmic speech and beats to create music. The backing tracks of rap music often use digitized sampling and beats.

The History of Rap Music

Rap music is most often associated with hip hop, a broader cultural movement and music genre that originated in New York City in the 1970s. Hip hop culture gave way to cultural cornerstones like grafitti, DJing, MCing (which led to rap), and break dancing. This genre came to be out of block parties, where DJs would sample the likes of funk, soul, disco, and other records.

MCs would help introduce different DJs to crowds, helping to keep the audience engaged over the course of a set. Overtime, this evolved to MCs rapping over DJ sets, giving birth to the new genre.

The release of Rapper's Delight by The Sugarhill Gang helped cement the genre into public prominence, along with Kurtis Blows' The Breaks . Rapping and DJing evolved hand in hand through the power of hip hop, creating signature sonic elements like the record scratch, needle drop, and drum machines.

Rap Vs. Hip Hop Vs. Trap: What's The Difference?

Rap is technically a type of vocal delivery. Hip hop music encompasses the birth of rap vocal delivery being used on a mass scale. Trap music is a subgenre of hip hop music that originated in the South of the United States. This genre is known for using heavy hitting 808s, hi hats, and continues to evolve to this day into further iterations like emo rap.

Ready to dive into the different rap subgenres? Here are 27 different types of rap with examples for you to explore:

It's natural to start with old school hip hop. This refers to music primarily created during the early years of hip hop, or music that adheres to the distinct style of rapping over sampled records.

Hear some old school hip hop in Rockin It by Fearless Four:

This subgenre of hip hop started in Chicago around the 2000s. It takes into account trap influences, and lyical inspiration from Gangsta rap. You can hear drill in songs like Chief Keef I Don't Like:

As the subgenre name suggests, UK drill is a further iteration of drill sourcing from south London. This subgenre uses haunting melodies and lyrics as showcased in songs like Let's Lurk by 67:

This alternative type of rap fuses the two namesake genres. Listen to this sound in songs like Buggin' Out by A Tribe Called Quest:

Gangsta rap, which was originally called reality rap, was used to convey the culture of American gangs. Original Gangsta rap artists include N.W.A, Tupac, and 50 Cent. This genre is still referred to in contemporary spaces to this day, as in Gangsta Luv by Snoop Dogg.

The words "boom bap" are used to describe the kick and snare used in a popular style of East coast rap in the 80s and 90s. A good example of boom bap inspired beats can be found in ALONGWAYTOGO by Gang Starr:

This subgenre of Southern hip hop is known for its uptempo, club oriented sound. Bob your head to crunk artists like Crime Mob's Knuck If You Buck :

This subgenre refers to the DJing technique in which a beat is sampled, slowed, and resampled. Hear it in songs like Tell Me Something Good by DJ Screw:

This regional genre of hip hop music is traced back to the Bronx, New York City. New York's Hip Hop scene started it all, creating a lot of crossover with old school hip hop subgenres. Hear C.R.E.AM by Wu-Tang Clan to get a sense of this classic hip hop subgenre:

Hyphy music, also referred to as hi fee music, is a subgenre of hip hop associated with the Bay Area of the United States. This genre has intense, gritty rhythms that stick out in a mix. Hyphy hip hop fans will recognize songs like Hyphy by The Federation:

Bounce music is a style of New Orleans hip hop usually characterized by super fast beat and a call and response format. You can hear this in N.O Bounce by Big Freedia:

Trap is a large subgenre of hip hop and rap songs that are characterized by hard-hitting 808s, hi hats, and blaring bass. Hear this in songs like Life is Good by Future ft. Drake:

Mumble rappers emerged as a microgenre on Soundcloud in the 2010s. These artists are characterised by having an unclear vocal delivery. You can hear it in songs like Pillz by Gucci Mane:

G-funk, sometimes referred to as West Coast rap is a subgenre of Gangsta rap. This genre is heavily influenced by funk songs as evident in songs like DJ Quik's dollaz and sense:

Dirty South, otherwise known as Southern hip hop is known for its use of danceable, continuous flow, and double time high hats. Songs like Crank That by Soulja Boy encompass this spirit:

This genre emerged from the East coast and was pioneered by artists like Run-D.M.C. with its hard hitting delivery. Hear Run-D.M.C. in songs like It's Like That :

As you may suspect, "Soundcloud rap" was named after the platform it was built upon. You can hear it in songs like Love Scars by Trippie Red:

Lofi hip hop embraces a dreamier soundscape with lo-fidelity backing tracks. Check it out in songs such as Dedicated by Moods:

Latin trap takes trap music and blends it with latin influences like Reggaeton. Hear it in songs like Party by Bad Bunny:

While this is sometimes used as a derogatory term, frat rap refers to a casual rap soundscape popularized in fraternities. Hear it in Jordan Walker's Jordan Belfort or Mac Miller's The Spins :

As the name suggests, rap rock fuses the sounds of rap and rock. The trademark sound is often attributed to rap rock artists like The Beastie Boys:

This unique genre takes sonic influence from genres like UK jungle and garage genres. Hear this standout rap style on songs like Shutdown by Skepta:

This genre, also referred to as horror hip hop is defined by transgressive lyrical content and imagery. Take a listen, if you dare, to songs like Tyler the Creator's Yonkers :

Are you having fun exploring the world of rap music? Check out these commonly asked questions about rap and hip hop music to help further your knowledge.

What are the three types of rap?

There are many different rap styles as the genre is constantly evolving. Rap itself can also fall into trap music and hip hop subgenres. These different rap music styles gave way to subgenres like gangsta rap, rap rock, lo fi hip hop and more.

There were many different genres of rap in the 90s. The mid 90s are often considered part of the golden age of hip hop, but rap also evolved to more experimental subgenres like hardcore, gangsta, and G-funk during the decade.

What was the first rap?

It's hard to say when the first rap was created, though many accredit the commercial debut of "Rapper's Delight" by The Sugarhill Gang as the first rap song to be played on the radio.

What is hip-hop vs rap?

The combination of rhyme and poetry to a beat is rap. Hip hop is a culture that's composed of different parts like MCing, breakdancing, graffiti, and DJing.

Rap started in New York City in the early 1970s. Bronx artist and DJ Kool Herc is considered the rap pioneer, as he performed by manipulating turntables and rapping lyrics over the beat.

What's the difference between rap and trap?

Rap is a type of vocal delivery. Trap is a sub genre of hip hop music with heavy emphasis on 808s, hi hats, subbasses. Trap music incorporates rap as a vocal delivery.

Hence, there are so many different types of rap and more to come! This ever-expanding vocal delivery lends itself to endless expression. Enjoy taking a deep dive into these amazing artists!