What is a Backbeat: Complete Beginner's Guide 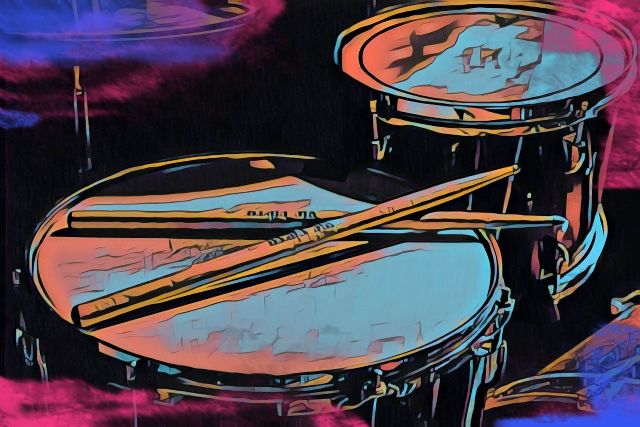 A backbeat is any rhythm sound in music that puts emphasis on the second and fourth beats in a bar. Though that definition certainly gives us a fundamental understanding, backbeats come in all shapes and sizes and can be heard across just about any genre, from country to rock to disco to hip-hop and beyond.

In many ways, the backbeat is the central force of most modern music.

Giving you an understanding of how backbeats work, where you can find them, and why they act as a gateway for more complex patterns is what we hope to deliver with this article.

Come dive in with us as we break down and dissect the world's most recognizable beat - the backbeat.

Backbeats are often played in a 4/4 time signature with emphasis on the second and fourth beats of the measure. More often than not, these beats are played with a snare drum, clap, or something else that can simulate that heavy emphasis.

A backbeat creates a pulse for the rest of the band to play atop. These snappy and powerful beats are why we naturally feel the one and three when we listen to popular music.

If you're looking at this from the perspective of a band, it's the drummer's job to provide a consistent backbeat. This means that the drummer has to carefully listen to the rhythm of the rest of the band so they can play "in the pocket."

In popular music, there's nothing quite like a tight rhythm section. Having the drum kit and bass line up can create a strong foundation for the rest of the arrangement.

If you play drums, it's crucial to spend time developing a strong sense of the backbeat so you can play in time with the band.

Going BACK In Time

Drummers often learn rhythms through notation, which is how we'll break this down for you.

In terms of notation, the backbeat is pretty straightforward.

If you work with MIDI, you might recognize a back beat like the one below created in Ableton:

Learning how to play a backbeat is an entirely different ballgame. The best drummers in the world spend many years perfecting their backbeats, practicing endlessly to a metronome, and studying the nuances of their favorite players.

We'll defer to the folks over at the Lutz Academy for how to play backbeats:

If you're looking to study fundamental backbeats, we highly recommend taking some time to listen to funk music. Funk music is ALL about the pocket, and many funk drummers hold down the rhythmic foundations by coming down on the two and four.

An excellent example is "Superstition" by Steven Wonder:

Listen to how he never loses the accented backbeats throughout the track, even during the fills. The pattern is tight with a bit of a swing on the hi-hat, giving the backbeat a funky groove.

As we know, there's plenty of music outside the realm of 4/4.

6/8 is a very popular time signature in rock music and gospel music. But where does the 6/8 backbeat fall if we're using this time signature?

The answer is the fourth count . This is likely where you'll hear the snare.

Here's what this type of backbeat looks like in music notation:

Why it lands on the four-count requires a deeper understanding of rhythm and music theory, though, essentially, a single bar of music will have two types of beats — strong beats and weak beats.

We use strong beats and weak beats in classical music theory to showcase triple and duple time.

A classic example of a duple meter time signature is 4/4, which is organized into two groups of duples. This results in a pattern that reads strong-weak-strong-weak.

On the other hand, when we're in 6/8, we're what's called a triple or duple compound meter . As such, we hear a pattern that goes strong-weak-weak-strong-weak-weak.

Why Does The Backbeat Feel So Natural?

If you're feeling overwhelmed by the theory talk, don't worry.

In fact, it's not just theory we've pulled out of thin air. The mention of strong and weak beats goes way back to the early days of classical music theory.

In the old days, classical musicians referred to what we now call the backbeat as the "weak beat," which is quite peculiar considering how strong we view it.

The reason was that it broke all of the rules of western music theory as it was known, adding an unusual level of support to the rhythm of the arrangement and greatly emphasizing the drums.

Put on some classical music, and you won't hear the same kind of rhythm you hear in modern music. There were no snare drums smacking down on the two and four.

This was because this idea of a "backbeat" didn't really appear until the birth of jazz and blues in the United States. These genres broke all of the so-called "rules" of the classical music that came before it.

European music often had strong beats on the 1 and 3. You can hear these beats emphasized in music from Beethoven and Bach, especially in military march songs.

Many musical historians say the heavy use of the 2 and 4 was a parody of military marches, which were used by African American musicians that heard Confederate and Union bands playing marching music in the Civil War era.

What we now know about the backbeat is that it's got a groove. It feels natural and makes us want to bob our heads. It feels instantly recognizable, yet it can be manipulated in many ways to get all kinds of different feels .

Think of the fact that the backbeat acts as a common thread between distinct genres, such as rock, pop, jazz, EDM, hip-hop, and country. All of these genres use the backbeat in one form or another.

Sliding Off the Backbeat

The backbeat isn't some rigid tool that drummers can't break free from. In fact, its fundamental nature makes it an excellent tool for experimenting with groove and feel.

Drummers and producers find millions of ways to get creative when using backbeat rhythms, dropping out on certain rhythms, adding ghost notes around them, or altering the timing.

Neo soul fans know the indescribable pleasure of a snare drum that is ever so slightly late on the beat.

One of my favorite modern examples of this is from Hiatus Kaiyote's "Fingerprints."

Listen to how the drummer lays back with every snare to create swing and drag.

As we said before, the backbeat dates way back to the early days of blues and jazz in North America. Of course, no one explicitly "invented" the backbeat. Go back to some of the earliest iterations of African-American and West African music, and you can certainly hear the emphasis on these rhythms using instruments like tambourine, shaker, claps, and more.

However, when early R&B rolled around, the repeated and overly expressed backbeat began to appear more often. You can find examples of this sound in early music from Fats Domino, such as on the track above.

"My Favourite Game" - The Cardigans

A great example of a standard backbeat in modern rock can be heard in the track "My Favourite Game" by the Cardigans. You can hear a hi-hat groove that is playing straight eighth notes. During the chorus, the hi-hat plays alone, allowing you to hear how this small element is changing the entire groove of the song.

To give the song a more dynamic feel, the drummer comes back in with the beat during the chorus, though at half-time. The neat thing is that you can still feel the backbeat rhythm playing.

The reason this track is so interesting is that there is no hi-hat present. All you hear is a bass and a snare drum with a few additional accents from the bass drum.

The sound of the attack is very prominent, though it doesn't sound like a rock track. Instead, you get a synthesized feel and style that holds your attention and maintains a strong presence while allowing the rest of the song to unfold around it.

There are many nuances that go into making a great backbeat.

It's not simply the instruments that are used or the genre of music but how the beat is applied in the context of a song.

Without the backbeat, popular music wouldn't be as we know it today. The backbeat acts as an essential layer for many pieces of music, adding simplicity to complexity.

The question I often think of is whether or not the backbeat is our last remnant of rhythmic discovery in the soundscape of popular music. It seems so deeply embedded in our culture and our music that it's difficult to imagine it wouldn't continue to be the norm.

Some popular musicians are already breaking free from it. Listen to the soca-style beat on Ed Sheeran's "Shape of You" or the Arabic Saidi rhythm on Frank Ocean's "Chanel," and you'll hear what I mean.

I often think about the rhythms of the future and if they will ever shift away from the insistent backbeat. Will it create new possibilities for us as producers and songwriters, or will we be lost in an ambient void without a rhythmic fulcrum point to rest on? What will we want to bob our heads to 100 years from now?

While there's no way to be certain, it's clear that backbeat is here to stay for the foreseeable future. Experiment with it and find different ways to apply it to your music!