What Is An Arpeggiator & How to Use It? 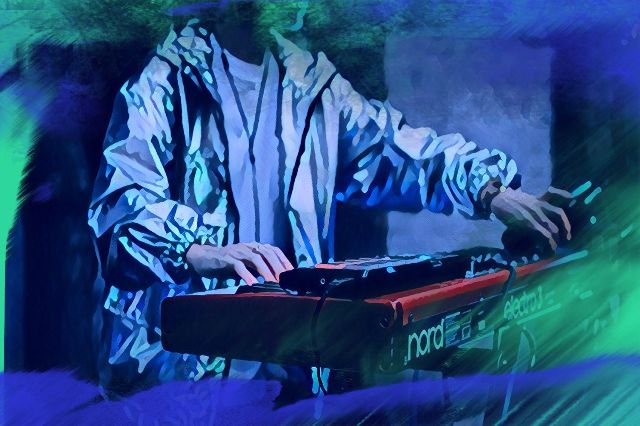 As a producer or songwriter, it's key to understand all of the instrumental assets in your toolbox. Since the dawn of analog synthesizers, arpeggiator patterns have been a mainstay in popular music, making their way into today's modernized DAWs.

But what is an arpeggiator exactly? And how can you use an arpeggiator to enhance your beats? Below, we'll dive into everything you need to know about arpeggiators, share some arpeggiated examples, and detail how you can start using this technique in your music. Let's jump in!

To understand the arpeggiator, it's first important to take a look at the definition of arpeggio. An arpeggio is a chord broken down into a sequence of notes. The note order usually goes by ascending or descending notes, though technically an arpeggio could be any chord played one note at a time rather than all notes played at once.

This technique is commonly used by guitarists and pianists and can be done with any chord type. A great example of arpeggio is the opening theme and melody from Coldplay's Clocks:

Listen to how the chord progression has a sense of movement due to its arpeggiated nature. While this pop classic is relatively simple, the arpeggiated progression helps give the song the needed rhythmic complexity to keep listeners interested, even if it just chalks up to emphasizing a few notes.

What Is An Arpeggiator?

An arpeggiator is essentially an instrument or a component of any instrument (like a synthesizer) that's used to create an arpeggio out of a series of notes. Arpeggiators play notes individually in a certain pattern based on the input settings while the producer or pianist inputs a static chord.

A sequencer is any series of controls that can be programmed to act in a variety of ways, with a wide array of audio inputs. Arpeggiators are used specifically to create arpeggiation from an otherwise static chord.

The History of Arpeggiators

Arpeggiators first came onto the music market with the popularization of hardware synthesizers in the 1970s. They were first built into legendary synths like the Roland Jupiter-4 and Sequential Circuits Prophet V both released in 1978.

During the 80s, dance and pop music started to include more of this specific sound, cementing arpeggiators as a mainstay production tool. With features in massive hits such as Girls Just Want To Have Fun , arpeggiators effectively became linked to the sound of the 1980s, though they are still referenced today in modern pop music.

Arpeggiators have since been incorporated as stock plugins in most DAWs, allowing most producers to access their signature sound with a couple of clicks as discussed below.

Examples of Arpeggiator Patterns In Music

The best way to explain arpeggiators is to listen to examples of the distinct sound:

Once in a Lifetime by The Talking Heads

This inventive song is backed by the dreamy feel of an arpeggiator:

Baba O'riley by The Who

This iconic song is entirely built around the synths with built-in arpeggiators:

Shake It Up by The Cars

The Cars frequently use arpeggiators in their music and the chorus in Shake It Up is no exception:

How To Use An Arpeggiator In Your DAW

Just like hardware arpeggiators, arpeggiator plugins are fairly easy to use:

Ready to incorporate some sick arpeggios into your music? Check out these common arpeggiator questions and answers to start building better beats:

What is the point of an arpeggiator?

Arpeggiators, as the name suggests, can create arpeggios out of full chords, triggering sequencing so that notes are played one by one, spaced evenly. Sweeping arpeggios can create movement and liven up repeated chord progressions that might otherwise feel stagnant.

What is the difference between an arpeggiator and a sequencer?

Sequencers provide more control around specific notes and spacing. Arpeggiators by contrast are designed to play arpeggiated sequences specifically, iterating one note at a time at a set rate.

What is the meaning of arpeggiator?

An arpeggiator is a device originally derived from hardware synths used to create arpeggios out of chords. Arpeggiators will take chords played into a MIDI controller, and play each note one by one creating the illusion of an arpeggio without having to create individual notes in the MIDI track.

Is an arpeggiator an instrument?

You could consider the arpeggiator an instrument, though the earliest arpeggiators are just a component of hardware synths. Today, you're likely to find a separate arpeggiator plugin within your DAW that can act independently of synthesizers.

And there you have it! Arpeggiators are powerful tools that can transform relatively static MIDI data into engaging basslines, melodies, and more. This common synthesizer feature can take your music production to the next level - have fun building arpeggiated notes into your music!