What Is Swing Music? 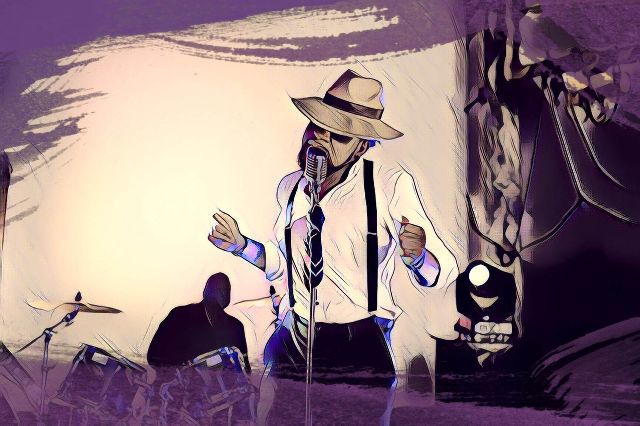 So many music lovers gravitate to jazz and swing music for its unique, captivating feel. Much of this groove can be attributed to the power of swing. But what is swing in music? How did it start and where can you experience swing today?

Below, we'll dive into everything you need to know about swing rhythm, the history of the swing era, and modern swing music. Let's get started!

When musicians are talking about swing, they're usually referring to one of two things. Swing music refers to a subgenre of early jazz music. The term "swing" speaks to a method of interpreting eighth notes as triplets. Doing so creates a moving, grooving rhythm that continues to influence the jazz music we know and love today:

Swing rhythms may be initially challenging to grasp as a musician, but chances are you probably already know and love some classic or modern swing songs! Here are a couple of swing music examples you may recognize:

One of the earliest examples of the beginning of swing can be found in Sing Sing Sing performed by Benny Goodman:

String of Pearls by the Glenn Miller Band is another great example:

J Dilla is known as one of the legendary modern producers who brought swing principles to modern sounds. Listen to the swing on songs like R U Listenin :

Swing continues to carry its legacy into today's popular songs. Listen to the west coast swing in DNCE's Cake By The Ocean :

The History of the Swing Era

The swing era of jazz music emerged in the early 1920s and 1930s, taking stylistic inspiration from genres like ragtime, big band jazz, and blues. This genre was born out of the tradition of dance bands that created their own collaborative sound in the early 20th century.

Swing music became known for its love of the backbeat, and tradition of celebrated improvisation. Swing direction plays between hallowed soloists and the never-ending grooving rhythms provided by the jam band. Some familiar swing music icons you may recognize include Duke Ellington, Count Basie, Louis Armstrong, Cab Calloway, and Benny Goodman.

One of the earliest marks of popularization was when the Benny Goodman Orchestra earned a spot on the radio show Let's Dance in 1935. The swing era was also known for creating different dance trends, including styles like Lindy Hop and Jitterbug.

This genre paved the way for early forms of bebop and even pop music, especially those subgenres with a jazzier influence like R&B or disco pop.

The Music Theory Behind Swing Music

So what makes swing music so special? Here's the music theory between one of jazz's earliest subgenres:

The namesake of swing music comes from the "swung" rhythms, played out by the drums, bassist, and instrumentalists of a track. Swung rhythms interpret eighth notes as triplets. The eighth note isn't expressed in the traditional manner and instead has a unique, varied groove called swing.

Emphasis on Beats 2 and 4

Like most other jazz music, swing music places heavy emphasis on beats 2 and 4. This is otherwise known as "the backbeat". Backbeat rhythm is integral to swing since it separates traditional jazz triplets from the more classical triplet sound. Other styles of music often highlight the beat 1 and 3 rather than the backbeats heard in swing and other jazz music.

A continuous walking bass line creates the rhythmic foundation for the rest of the big band. This line is usually played by an upright or double bass and makes for a steady sonic landscape for improvisation.

The Spirit of Improvisation

As with most jazz music, the swing subgenre utilizes plenty of improvisation whether it's carried out by scatting vocalists or instrumentalists. Swing music will often feature call-and-response lines to continue the spirit of a lively atmosphere.

Technically speaking, there isn't one right way to play swing. A complex shuffle rhythm might be hard to notate on written music, and a swing package isn't limited to a strict interpretation of eighth notes as triplets.

Understanding how to play and count triplets is fundamental to grasping the style of swing. Many jazz players find it easiest to choose a catchy rhythmic phrase to best understand the art of swung triplets, rather than trying to understand the swing feel from sheet music.

One of these phrases is "Chew to-bacca" taken from the blues song Chew Tobacco Rag by Billy Briggs:

When Briggs sings "Chew to-bacca, Chew to-bacca" in the later half of the chorus, you can get a good understanding of how triplets should sound in swing music.

Are you still have trouble wrapping your head around swing rhythms? Consider these commonly asked questions to help you expand your understanding:

What is a swing feeling?

What is the difference between swing and jazz?

Swing music is a subset of jazz that's usually performed with a distinct rhythmic quality in front of big bands. Jazz music is a larger category, encompassing many smaller subgenres.

As you can see, swing music continues to have a lasting legacy on the music we know and love today. Even if the genre isn't played as much on its own, swing components have undoubtedly given way to a new era of groovy music.