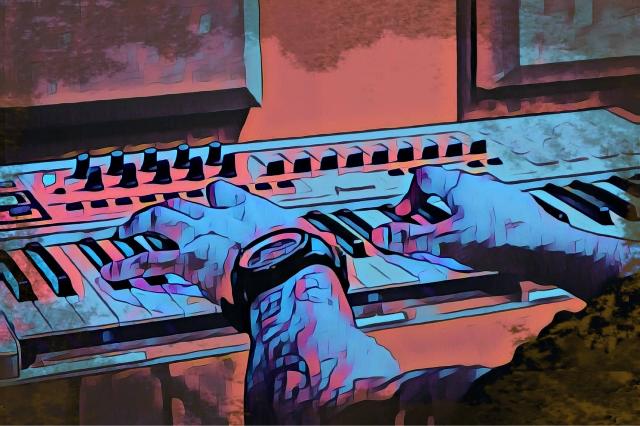 One of the most powerful things contained within a digital audio workstation is the ability to record, edit, and compose music using MIDI (Musical Instrument Digital Interface). It's pretty much why you need a DAW in this day and age, short of mixing and making recordings, of course.

Every DAW gives you some version of MIDI. MIDI gives you the flexibility to either program or perform instruments, vocals, percussion, and anything else with musical characteristics.

You can either be the most talented player in the world, or someone who doesn't play instruments at all, but would just like to compose and produce music. You can have an ear for composing and be just as crucial to the music industry as the world's most talented classical pianist. This is possible due to MIDI recording and editing and is utilized by musicians and producers worldwide.

A lot of DAWs are cross-platform, but one of the best music production powerhouses that does all things MIDI very well is unfortunately available only for macOS. Logic Pro X has perfected the art of MIDI so well, that getting a Mac as someone who normally uses a PC, just so you can use it, would be an understandable move (you also just pay a cheap, one-time payment and receive the full DAW). Some day Apple might open up compatibility for Windows, but until that day comes, we're stuck with mac.

If you have a mac and need to perform MIDI recording editing with a reliable DAW on the market, you can't beat the price point of Logic. A lot of DAWs have turned to the subscription method, meaning you'll need to pay for a monthly, or yearly license. This also usually involves tiers that vary in price, offering more features per higher tier. Apple's Logic is a one-time, very inexpensive $199, for a fully featured professional DAW with an unparalleled MIDI editing software system, not limited by anything tier-based.

Logic has always prided itself on its MIDI capabilities. It doesn't matter if you're new to DAWs or a seasoned professional, it just makes sense and has a forgiving learning curve. When making music, you want as streamlined a workflow as possible so you can reserve your energy for the important thing - being able to create.

Logic as a MIDI Recorder and Editor

When recording MIDI with Logic, you can hit record and start performing the piece while trying to play it as perfectly as possible. The latency varies depending on the virtual instrument you're using, but in most cases, it's not an issue.

Logic Pro has its own low-latency mode to further assist against any unwanted delay during the performance. Any mistakes can easily be corrected manually or by quantization (quantization is a procedure in which you can choose the note duration value and have the previously recorded MIDI notes snap to the nearest value chosen).

A common workflow could be to play, then quantize, then humanize - one of the many MIDI Transform features (see screenshot above for full MIDI Transform menu). You can also utilize the Step Input Keyboard, and that will put your DAW in "step input mode".

The play head will then only move based on the input set on the Step Input Keyboard (below). Playing back will only play for that step, then stop - as will recording, once global and track record are armed and the play head is rolling. This allows for more dynamic composition and for a more programmable approach to composing chords, melodies, drum parts, vocal parts, and anything that's in MIDI form.

Logic has quick and snappy MIDI editing functionality, along with a suite of tools (screenshot above) that make composing music fun and uninhibited. It's no wonder so many music producers depend on Logic as their main DAW for composition. Electronic music artists, whether experienced or beginner, thrive when utilizing the MIDI editing capabilities of Logic, due to the reasonable learning curve. Editing is intuitive and there are very few limitations.

One of the features that make Logic's MIDI more flexible than most DAWs, is its ability to fine-tune MIDI movements in automation form. This will allow you to transpose, change velocity, alter aftertouch, expression, sustain, modulation, and many more parameters. The UI in which one interacts to do this is very intuitive, whereas some DAW MIDI automation user experiences are overly complex and convoluted.

The event list is a subset of MIDI capabilities that work somewhat in conjunction with MIDI automation and post-performance alterations that need to be made after you've recorded your MIDI. Another powerful and intuitive tool that gives the user more control over the MIDI in their session.

Older versions of Logic Pro contained a complex yet powerful MIDI environment. One could attach various arpeggiators, randomizers, note repeaters, and all types of effects that could be routed to and from any MIDI-based tracks that you were using on your DAW timeline. The UI for this was more of a "MAX MSP-Esque", semi-daunting endeavor, so beginner and even intermediate users would either stay away from it or simply not know of it at all.

Fast-forward to the Logic 10. x.x continuum and all of those same, powerful, MIDI effects are available as MIDI plugins that can be altered using traditional plug-in user interfaces. This allows access to another layer of MIDI capabilities outside of any of the possibilities of the virtual synths themselves. For creativity, this exponentially changes things, because now you have MIDI control beyond that intended by the manufacturer. You can develop a toolset of MIDI effects that you can use with any and all MIDI-based instruments.

Logic's stock MIDI instruments are some of the most used virtual instruments in creating electronic music. Computer music has been forever changed by the vast library of MIDI mechanisms contained in the DAW. Ultrabeat, an instrument that has been in Logic Pro for quite some time, has one of the easiest sequencers for MIDI timeline workflows.

All notes added to the sequencer can then be dragged directly to MIDI or MIDI instrument tracks on the arranged view of the timeline. From there the MIDI can be applied to any and all MIDI tracks in the session. This allows for quick synchronicity between MIDI devices, external or internal. There are much more software VI's that are very powerful in Logic Pro, that you can use in conjunction with plugins like Ultrabeat making the Musical Instrument Digital Interface very functional.

For producers making computer music with electronic ideals, that like to piece MIDI arrangements together bit by bit, there is no editor that can compete with Logic. This feature-rich audio software has so many amazing MIDI capabilities, endless plugins, a low learning curve, and a sound library bar none. It's an obvious choice if that is the space that you're looking to inhabit. Good luck with your electronic music explorations!