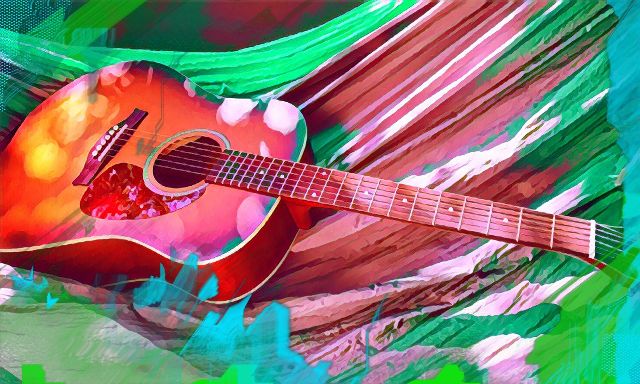 Bossa nova music started a sonic revolution in the late 1950s and it continues to dazzle many audiophiles today with its unique sound and enchanting melodies. But how does one play bossa nova? What are some common bossa nova chord progressions?

Below, we'll decode the history behind bossa nova and share some bossa nova guitar chords so that you can start to enjoy this fusion genre from home.

The History of Bossa Nova

Bossa nova is a unique genre that originated as a fusion of jazz and Brazilian music on the beaches of Rio de Janeiro. This jazzy new genre focused on creating a musical atmosphere with subtle syncopated rhythms and comforting melodies in the late 1950s.

One of the best examples of Bossa Nova music is championed in the worldwide hit "The Girl From Ipanema" by Antônio Carlos Jobim which also features Antonio Carlos. This composer created the sound of bossa nova, but mainly used lyrics inspired by poetry.

Eventually, Jobim's music was discovered by enough people to extend the sound far outside the Brazilian radius. In fact, "The Girl From Ipanema" topped the charts, reaching number 5 in the United States during the summer of 1964.

These beautiful songs continue to be remembered and well-cherished today by musicians and music lovers.

One of the most essential ingredients to bossa nova music is clave, pronounced clah-vé. This word describes the underlying rhythmic patterns that are seen across samba or other forms of Afro-Cuban and Latin American music.

Bossa nova guitar patterns and chords are important, but a bossa nova chord progression cannot stand without this underlying rhythm behind it.

The Elements of A Bossa Nova Song

This rhythmic pattern is a key component of any bossa nova groove, as it pulls a regular jazz progression into the world of Brazilian syncopation. Bossa nova songs are equally as rhythmic as they are melodic.

Basic bossa nova rhythm can be written in common time, or 4/4, but it's often written in cut time, or 2/4. This allows musicians to play the notes of a song with that trademark syncopated feel.

Basic bossa nova music tends to have a softer sound, incorporating fingerstyle playing on guitar. This technique was often used to allow the guitar player to strum the bass string while simultaneously hitting all required notes.

The Spirit of Improvisation

Bossa nova isn't entirely complicated. Most of the work for musicians goes into mastering the samba rhythm pattern that defines the genre. The chord progressions are pretty simple as shown below, but it's important to fluctuate between different bossa nova chords to keep things interesting for your listener. Here are the different types of bossa nova chords every musician should know:

Seventh chords are a type of extended chord that is commonly seen in bossa nova music. These chords have an added 7th scale degree. So a C major chord changes from C E G to C E G B to become Cmaj7.

Bossa nova guitar patterns commonly use suspended chords to shift from a major key to a minor key. Suspended chords omit the major or minor third of a chord and replace it with a major 2nd or perfect 4th of the respective scale.

Slash chords are also called compound chords, which are commonly used as bossa nova guitar chords. This chord has the bass note act as an inversion of the chord. The bass note is different from the root note of the bossa nova chord, indicated after the slash.

This bossa nova chord progression is most famously used in The Girl From Ipanema. This progression only uses two chords but utilizes different playing styles with extended chords and shifting emphasis on the 3rd and 5th scale degrees. See how it's played on guitar here, take note of how the bass notes are plucked separately in this example:

Are you still having trouble understanding bossa nova music as a whole? Here are some commonly asked questions and answers to help expand your understanding of the enigmatic genre:

What is a bossa nova chord progression?

Bossa nova music doesn't have a single chord progression, but it's often played using standard jazz chord progression like the ii V I. Since the genre is so based on improvisation, these chords serve as the backbone for solos and variations across a piece of music.

What key is bossa nova usually in?

Bossa nova's key varies greatly, but it's often in the minor to account for the genre's love of accidentals and extended chords. Bossa nova music uses plenty of 7th chords, dominant chords, and suspended chords to create and release tension.

What scale does bossa nova use?

You'll find that bossa nova scales vary greatly based on the player since so much of the style is based on improvisation. However, starting with a Lydian-dominant scale is a great place to begin to create that groovy quality so characteristic of the genre.

What is the 251 chord progression?

Bossa nova music truly is the fusion of multiple genres. Its unique style continues to dazzle people around the world far from this genre's origin country of Brazil. Hopefully, this guide makes it easier for you to play bossa nova music of your own. Enjoy exploring this free-flowing genre of music!