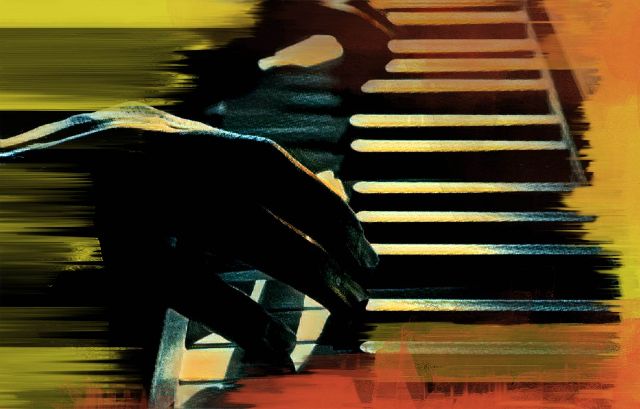 Chords are an undeniably important part of any song. While understanding basic chord progressions is key, understanding the magic of extended chords can help you take your music to the next level.

What Are Extended Chords?

Extended chords typically have a more complex feel since they can introduce a little more tension and therefore sonic depth. These chords with added tones are often associated with genres welcoming of improvisation, like jazz or R&B.

However, generally speaking, you can find extended chords across any genre of music, especially seventh chords which are fairly common.

How Do I Build Chord Extensions?

So how does one make an extended chord? To start, build a basic triad with a major triad or a minor triad. Let's use the key of C major and C minor for example. A C major chord is built with C E G and a C minor chord consists of C Eb G.

Once you have your base chord, it's time to decide what notes you'd like to extend to. The number of extensions refers to the distance of the note in relation to the root note of the scale.

Another note is that chord extensions can go past the typical eight notes associated with a scale.

For instance, a ninth note is technically a second note an octave up. It's important that these notes are given their notated separation since the 2nd scale degree sounds completely different from a 9th scale degree due to the dissonance created by a chord tone played too close to another. The space created in extensions like a ninth chord is key to reducing unnecessary dissonance.

Note that the extended notes adhere to the notes of the scale. A major scale chord will utilize additional notes from a major key. You can also create additional chord types like augmented, diminished, flattened, or sharpened chords. You can create a C dominant 7th chord with C E G Bb.

Here are some of the most common extended chord types you'll come across as a musician:

Seventh chords are the most common type of extended chords, taking a triad and adding the seventh scale degree.

Ninth chords are seventh chords plus another third scale degree stacked on top of the seventh scale degree. For instance, a Cmaj9 chord is C E G B D.

Thirteenth chords consist of a ninth chord, plus the 6th scale degree an octave up. A Cmaj13 chord is C E G B D A (you might need two hands to play these chords)!

Fly Me To The Moon

This classic song has been recorded by plenty of famous musicians like Peggy Lee, Frank Sinatra, and Count Basie. You can hear seventh chords in the classic Am Dm7 G7 Cmaj7 chord progression.

This song is a perfect example of extended ninth and seventh chords used in rock music. Take a listen to the Em Em9 Cmaj7 Asus2 progression;

Love Is a Beautiful Thing by Vulfpeck

This modern fusion band creates catchy soundscapes with the power of their jazzy chord progressions like D Bm7 G A:

This classic song may only have two chords, but the power of the two four-note chords carries through. Santana created this song with just Am7 and D7.

Extended chords are a great way to introduce more depth and color into your music. Check out these common questions and answers to help you start incorporating these special chords into your music.

What are extended chords called?

An extended chord, like typical major or minor chords, is a tertian chord meaning that it's primarily based on stacking 3rd scale degrees. Unlike typical triads, extended chords extend past the first three notes, hence the "extension" moniker.

What is an extended chord on the piano?

An extended chord on the piano is a chord that has extra tones built on top of the basic triad. For instance, a seventh chord is a triad with a seventh-tone extension. A C major chord, which is typically C E G becomes C E G B, adding the B to become a C major seventh chord.

What are the 4 magic chords?

The four "magic' chords are I, IV, V, and vi, with each roman numeral relating to a chord's position within a scale. Typically, you'll see the I, IV, and V scale degree chords dominant in popular music since these chords have the strongest relationship to the tonic.

How many notes are in extended chords?

Unlike the traditional chord with three notes, extended chords typically have four or more notes, with the additional notes stacked on top of the original chord triad.

For example, an F major seventh chord would consist of notes F A C E with E as the added major 7th tone.

Extended chords are instrumental in helping you make great music. From jazz to pop music, these chord flourishes are well-loved across any genre. Enjoy making your own sound with these added tone chords!