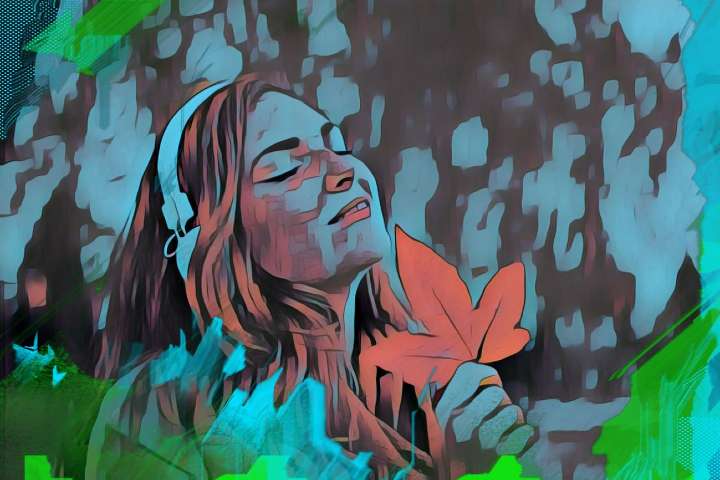 When it comes to writing a solid melody , it's essential to think about the shape of your melodic line. After all, melody isn't just about pitch: one of the most overlooked concepts of building a strong song is understanding the importance of a well-paced and shaped melody.

We've put together this complete guide on melodic contour and movement so that you can write better songs . Let's jump into it!

What Is Melodic Motion?

Melodic motion is the shape of a group of pitches. In addition to describing the shape of musical phrases, which can be described as melodic contour, it can also show how close a pitch is to the tones surrounding it.

Even if music theory isn't necessarily your strong suit, you understand melodic movement intuitively. When you look at a piece of sheet music, you'll find that individual notes strung together create different shapes with varying directions and tonal qualities. Melodic motion helps us describe these patterns, especially when one or more melodies are at play.

A pitch is a specific tone or note that is distinct from other tones in a piece of music.

Two or more distinct notes or pitch tones played simultaneously, usually based on the interval of a chord. Harmony lines are generally made to support the main melody of a particular sound.

Consonant pitches or sounds are pitches that are harmonically pleasant when played together. Some of the most consonant interval examples include pitches played an octave apart, a perfect 4th, and a perfect 5th.

Dissonant pitches are tones that hold a high degree of tension when played together. The most dissonant interval is a semitone. For example, the F note and F# note played together would create a lot of dissonance.

The direction of notes within a measure plays a huge role in crafting a melodic line. Here are some of the most common ways to describe direction within a melody .

Ascending motion is when a starting note moves to a higher-pitched note. This type of direction is the opposite of descending and has the appearance of an upward slope on sheet music.

This motion entails moving from a higher note to a lower note in music. Melodies with this type of motion have the appearance of a downward slope. A descending direction is the opposite of ascending.

Repeated motion in music is when one note reiterates itself, staying on the same note or the same pitch in succession.

While repeated notes may not sound like they make for an interesting melody, plenty of modern music utilized repeated motion in melodies for added catchiness and creating simple harmony throughout the melodies in the piece. The repeated motion needs to happen in succession.

One example of repeated motion is the chorus in Katy Perry's "Never Really Over" when the main melody stays on the same pitch for most of the chorus:

You may describe conjunct motion as stepwise motion, or moving directly up or down 1 semitone in music theory. Songs that move in a stepwise motion may be easier for most to perform since the notes glide seamlessly without any complicated intervals. It is the opposite of the disjunct motion.

Most of the melody in The Beatles' "Eleanor Rigby" moves in a stepwise motion, with a couple of intervals interspersed within the main melody line:

Disjunct motion or skipwise motion is when the notes of a song move more than one semitone from one note to the next. It's the opposite of conjunct motion and stepwise motion. Generally speaking, a disjunct melody can be more challenging to perform since contains larger, less familiar intervals.

A famous melody example of disjunct motion in music can be found in "Somewhere Over The Rainbow":

When there is more than one melody, there are additional ways to describe the melodic contour. Here are the main ways a composer would describe one or more melodies played at the same time.

Parallel motion occurs when the following two conditions are met:

1) Both melodies are ascending or descending in the same direction.

2) Each melody needs to keep the same interval between each note.

There's also a subgroup of contrary motion called strict contrary motion. In this form of sonic motion, one melody ascends while another melody descends, but the two melody lines also move at the same intervals, though in opposite directions.

Oblique motion is the last type of melody line motion that has the greatest amount of contrast. With oblique motion, one melody stays on the same pitch in succession while the other melody line moves in an ascending or descending pattern.

The only requirement and defining characteristic of oblique motion is that the single pitch needs to stay consistent.

Melodic motion is an essential component of melody and song structure as a whole. By being mindful of the shape of your melodic lines, you can ensure that you compose robust, engaging, and sonically pleasing melody lines that resonate with listeners regardless of genre.