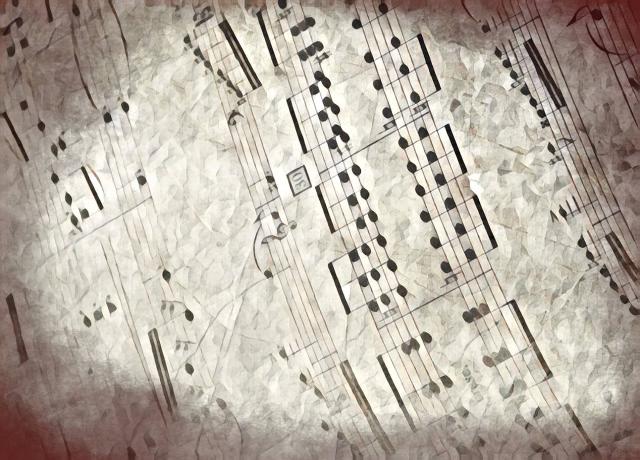 Modes are at the foundation of all Western music, acting as essential building blocks for almost any song you've ever heard.

Of course, when most beginner music theorists hear the word modes , they shudder at the potentially overwhelming complexity. What's funny is the complexity of music modes is somewhat of a misunderstanding, and you likely already know a lot about modes that you don't even realize.

Today, we're going to dive in and teach you everything you need to know about modes so you can use them to enhance your songwriting abilities.

What Are Music Modes?

There are seven modes in total, which come from the earliest forms of Western music, including:

Long before we were able to determine the 12 tones to divide our music equally, we created this imperfect modal solution. The idea was that we had seven modes, each of which had its own unique structures, rather than a single scale that we would compose into different keys.

If you go back to the early days of music, you'll see that modes were used similar to the way in which we use keys today.

In the modern musical world, we use the term modal music to describe music that uses modes to create the harmonic structure of a piece of music, rather than traditional harmony.

A Brief History of Music Modes

Musical modes have been around and a part of music theory for centuries. The names of these modes come from regions in Ancient Greece. Aristotle and Plato had the belief that the modes people listened to had a large reflection on their character.

However, the modes that we study today became popularized during the Medieval period. We refer to these as the Church modes. These modes are different from the Greek modes, which came around thousands of years ago.

Why you Should Use Modes In Songwriting

Modes are great for adding a bit of flavor to otherwise bland major and minor scales. This is because every mode has a unique mood and color that adds signature flavor to songs, whether you're looking for something dramatic, inspiring, dark, sexy, or spooky.

The great thing is that modes aren't very difficult to learn once you take your first step on the road to experimentation.

Difference Between Modes and Scales

Though people will often use these two terms interchangeably, it is important to understand the slight differences between them when it comes to practical applications.

A scale is a sequence of notes in a given order with a beginning and an end.

A mode is an alteration of that scale in which the start and end points are changed, though the distinct pitches remain the same. Each scale has seven distinct pitch classes on which we build the seven possible modes.

A mode is simply a permutation of a tonal scale, which is why we can't truly separate the two. However, modal music often steps outside the boundaries and expectations of tonal music, giving it a more fluid feel and sound.

This is because, unlike tonal music, modal music is not organized around a tonal center. You'll often find that modal music is very popular in alternative realms of music, such as jazz and progressive rock, and less common in popular music due to the fact that it's more difficult to grasp organically.

How To Build Modes

To take advantage of the sounds of modes, you must first learn how to construct them. As with most elements in music theory, we can use a mnemonic device to remember the order of our seven modes.

Our favorite mnemonic device for the modes is:

We'll now go through each of the modes to help you build them from scratch while providing examples of how they are used in music so you can better integrate them into your own songwriting.

The Ionian Mode is the first of the seven musical modes.

Want us to let you in on a little secret?

The Ionian Mode is the same as the major scale !

To make it easy, we'll start with the C Ionian Mode, which is the same as the C Major Scale. It's also important to note that as we move through the seven musical modes, the key signature will remain the same. Essentially, every mode will use the C major scale formula.

You can scope our article, Circle of Fifths: The Complete Beginner's Guide if you need a refresher on keys and scales.

The C Major scale starts on note C and moves up the scale without the use of sharps or flats. It looks like this:

The Dorian Mode is the second of the seven different modes. The difference is that we start on the second scale degree of C Major, which is the note D .

We would call this mode D Dorian, and it would play like this:

If you play this on a piano, you'll notice that it sounds eerily similar to the D minor scale. However, there are a few small differences to note.

In the Dorian Mode, the sixth degree is natural and the seventh degree has a flat. These unique qualities separate it from the traditional minor scale, giving it a different quality.

One of the most iconic uses of Dorian Mode in popular music can be found on Another Brick in the Wall by Pink Floyd. You can hear D Dorian in the verses as they switch between Dm and G.

If you now start on the third degree of the scale, you get to the third mode, which is the Phrygian Mode, starting on note E.

Phrygian Mode is also very similar to the minor scale, though the major difference is that you flat the second scale degree, giving it an exotic flavor and an instantly recognizable sound.

One unique example of the Phrygian Mode in popular music is from Beyonce's 2011 album, which is the song I Care . The entire song is based on Phrygian Mode with the chord progression:

Listen to it below:

The fourth mode in the music mode series is the Lydian Mode. If you're starting from the C major scale, the fourth note is F, giving you F Lydian. The scale looks like this:

The Lydian Mode is very similar to the traditional major scale, except you raise the fourth scale degree. People often describe this mode as happy or bright , which is why it's not rare to find it in popular music.

One great example of the Lydian Mode used in popular music is the song Freewill by the Canadian prog-rock band Rush, which came out on the band's Permanent Waves album in 1980.

Listen to the track below:

The Mixolydian Mode is the fifth mode in the series. Starting from the C major scale and moving up to the fifth degree, you get the note G.

Because of the flatted seventh in the mode, Mixolydian Mode has some "blues scale" characteristics.

One of the most popular uses of the Mixolydian Mode in popular music is in Norwegian Wood by The Beatles.

Listen to this track below:

You can find the Aeolian mode all over classical and popular music thanks to the fact that it is one of the simplest scales in western music.

One of the most popular uses of the Aeolian Mode in popular music is Losing My Religion , the iconic 1991 single by the band R.E.M. The verses, for example, use the progression:

You can listen to this track below:

The last or seventh mode is probably one of the least used modes in popular music. However, it certainly doesn't mean that it is a mode you shouldn't be exploring with. This is the seventh mode of the major scale that starts on B if you're starting from C Major.

It has a wonderfully enigmatic character that separates it from other modes.

Bjork has always been known for her use of ethereal chord progressions, and the bassline in Army of Me uses the Locrian Mode.

You can listen to the song below:

One fun fact about the Locrian Mode is that it use to be called the Hypophrygian mode. It was avoided for many years in the realm of church modes, as the flatted fifth gave it dissonance and instability.

How To Use Modes In Songs

While there are many ways to use modes, it's best to think of them as mood spectrum.

So, for example, if you're writing a song and you really want it to sound dark, you might consider going with the Phrygian mode, the third mode in the music mode series.

On the other hand, if you want to give your music a sense of air or a floating, heavenly feel, you might consider going with the Lydian scale, as the Lydian scale has that wonderful major second chord.

The parent scale method is one of the simplest methods for building modes, as it allows you to build modes as long as you know what number order it is in. Starting at the parental major scale, simply count backward to determine the mode's structure.

Let's look at A Mixolydian, for example.

We would start by asking the question, What major scale is A the fifth degree of?

The answer is D! So, A Mixolydian would be an eight-note scale that starts and ends on note A using the same notes found in the scale of D major. It's important to note that even though you're starting from A, you're using all of the sharps and flats found in the key of D.

If you want to take a more formulaic approach, you can also look at them in comparison with major and minor scales. This is how many professional musicians and music theorists approach the so-called "church modes."

Understanding the scale formulas for each of these modes will help in your ability to transpose each of the modes into your major scale and give your playing a distinct flavor.