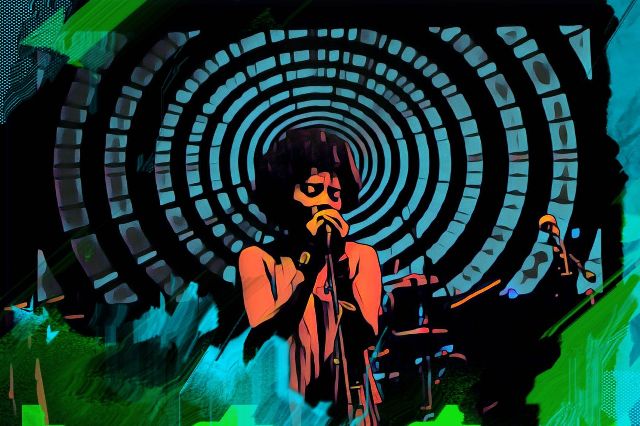 Neo Soul has a special magic to it. This genre is defined by its R&B influences, strong vocals, and conscious, vulnerable lyrics. But perhaps the most important part of Neo Soul music is the undeniably groovy chord progressions.

If you're hoping to make Neo Soul, it's essential to learn how to craft these foundational building blocks of a song. Below, we'll show you how to craft Neo Soul chords and showcase exactly how to build a Neo Soul song.

What Is Neo Soul?

So what is Neo Soul and the history behind it? This genre developed during the 1980s and 90s, riffing off of similar stylings of soul, jazz, hip hop, and contemporary R&B. Neo soul pioneers include artists like Lauryn Hill, Erykah Badu, and D'Angelo.

This genre is heavily focused on artistic expression, emotion, and genre fusion. Occasionally, Neo Soul music breaks into the mainstream, but this timeless genre will always be well understood by its dedicated following. Modern iterations of the genre took into account artists like Amber Mark and Hiatus Kaiyote.

What Makes Up A Neo Soul Song?

Neo Soul music naturally varies as the genre is defined by its experimentation and fusion of past influences. That being said, you can usually find the following in a Neo Soul song:

Part of Neo Soul's sound can be traced back to the more rhythmic elements presented in jazz and hip-hop. Because of this, you'll find that many Neo Soul songs have a strong sense of rhythm either through the drum arrangements or built around a bass line.

Neo Soul chords tend to have some extra flavor to them, typically extended past the typical combinations of 1 4 5 chord progressions with variations, added notes, and occasional key changes.

In the spirit of soul, Neo Soul is often built around strong, emotion-filled vocals. The voice is used as another instrument in this genre. Complex harmonies are more than welcome and hold a strong presence throughout a Neo Soul mix.

This Spirit of Improvisation

Neo Soul music derives from genres like jazz that create an environment focused on experimentation. You'll often hear Neo Soul songs with long runs, instrumental solos, or recordings that sound as though the voicings were playing live. This genre is all about communicating the human experience through raw yet polished performance.

A chord is a group of multiple notes being played simultaneously, creating harmony. These notes are most often structured into groups of three called triads, though there are plenty of chords played with just two notes or more than three notes.

Chords are built from a family of notes or keys each with its own tone quality. The formulas for major and minor keys are universal, so if you memorize the formula for one scale you can create a scale starting on any note. As discussed below, there are four main foundational chord types.

A minor chord has a sadder, more mysterious tone quality than a major and is built utilizing the minor scale. It uses the 1st, 3rd, and 5th scale degrees. If we take the A minor scale, which is A B C D E F G, we can play an A minor chord with A C and E.

A diminished chord is a major chord with a flattened 3rd and 5th. These chords are often used in passing to bridge from one part of the progression to another. To make C major C diminished, we flatten the E G creating C Eb Gb.

An augmented chord is a major chord with the fifth raised by a semitone. If we want to make C major C augmented, we would raise the fifth and create C E G#.

A chord progression is a group of chords played in a specific order. The order of the chords is important since context can completely shift the feeling a chord progression evokes in a listener. This order emphasizes certain sonic relationships between different chord tones, taking listeners on an emotional journey.

If you listen to Neo Soul music, you'll notice that the chords just seem downright more complex. That's because they are! Neo Soul chords often extend past the complete triad, adding additional tones within and outside the scale's octave. These notes are named based on their distance from the root note. You'll hear chords played with 7th, 9th, 11th, and 13th scale degrees layered in.

Many Neo Soul chords will have plenty of extra notes, but the opposite is also true. Neo Soul Chords often are played without the key defining notes or a third of the chord. With just the root and fifth tones, this makes many soul chords sonically ambiguous. These shell chords are extremely helpful and allow musicians to seamlessly shift from one key to another.

You'll notice that Neo Soul chords aren't as straightforward as less complex genres like pop or rock. These chords are often altered to waffle in between keys or create a groovier atmosphere. When playing Neo Soul music, you're bound to run into secondary dominants, key changes, and less common chord forms like diminished or augmented chords.

Inversions refer to a chord being played outside of its root order. For example, if we take the chord C major, which is usually spelled C E G, a first inversion would be played E G C, second inversion as G C E. While these chords all share the same notes, they can evoke different feelings for the listener based on the context and emphasis of each scale degree.

The 1 4 5 chord progression or variations of it have been seen across all genres of music for good reason. These scale degrees have the strongest voicing relationships with each other. Neo Soul is no exception, and you can hear this progression in classics like Alicia Keys' Fallin :

Variations of the 2 5 1 are heard all throughout Neo Soul music as well as parent genres like Jazz, gospel, and R&B. As shown, Neo Soul music loves incorporating seventh chords, especially on the dominant chord. Early Pioneers like Stevie Wonder exemplify the groove of this genre in songs like Isn't She Lovely :

While this isn't a specific chord progression, plenty of Neo Soul tracks hang out on just one or two chords, extended scale degrees with 7th, 9th, 11th, and 13th chord extensions. You can hear this magic at work in Luther Vandross' Never Too Much :

While Neo Soul is characterized by its variation, these chord progression patterns will hopefully make it easier for you to make your own Neo Soul music. Have fun exploring this innovative genre on your own terms!