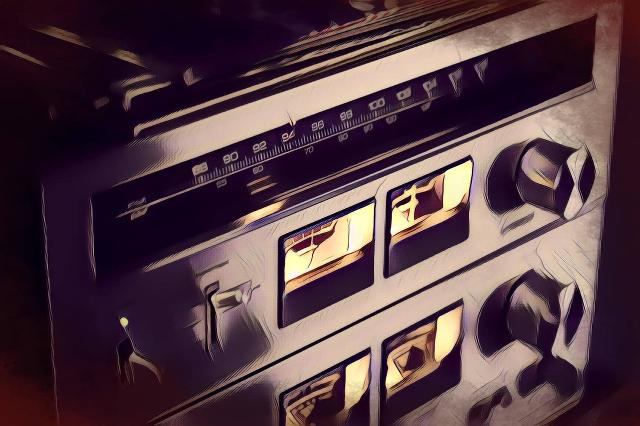 As a musician, it's important to understand the key concept of audio clipping. After all, hard clipping can easily undermine the integrity of a song, creating a harsh listening experience for your fans.

Luckily, with a little background information, you can avoid clipping and even deliberately use a controlled form of soft clipping to enhance your creations. Below, we'll dive into everything you need to know about audio clipping and how you can avoid unnecessary clipping in your mixes.

What Is Clipping? Audio Clipping Defined

Audio clipping occurs when the input audio signal is at a level that's too high for the system is passing through. It's a form of waveform distortion where an amplifier goes into overdrive since it's pushed past its maximum limits.

Therefore, clipping in analog vs digital systems is entirely different. While there are several different types of clipping, some of which are incredibly useful, clipping creates distortion and reduces the audio quality of the original audio signal.

Clipping is named after the clipped appearance of a waveform that occurs once it's become distorted. This destructive audio processing occurs when levels are too hot, or when the master fader in your DAW peaks past 0 dB.

A sine wave that's clipped past 0 dB can start to resemble more of a square wave, since the clipping distorts the input signal, lowering the audio quality.

Is All Clipping Bad?

A clipped signal isn't necessarily a bad thing. When used intentionally, clipping can be used to create audio effects we know and love like saturation, overdrive, and distortion. In fact, a type of clipping audio called a soft clip has been used since the 80s to create more color and warmth throughout a mix without the harsh peaks of traditional clipping.

Audio clipping can occur as a result of limiting or compression, or through distortion. Any process that may lead a signal level to pass the digital or analog threshold can create clipping.

Many audio effects can be sourced back to a form of controlled distortion:

Straight distortion is any type of clipping used to enhance the sound of a recording, typically in rock-style genres. This type of clipping has more sustain than a more gentle clipping effect like overdrive.

Overdrive is designed to sound like distortion through an amplifier just when the sound starts to clip and distort, or when the amplitude crosses the ampflier's set threshold. This is a fairly gentle form of clipping and can add a little color to recordings.

Saturation is the cross-over of compression and saturation. It affects signals by making them punchier, louder, and warmer.

This type of clipping and distortion audio effect was popularized throughout the 90s and creates a more buzzy and warm atmosphere. It has a distinct rounded sound and is a common effect pedal used throughout the psychedelic rock scene.

What Is Soft Clipping?

A soft clip is an audio technique in which a signal is distorted to add color and warmth to an audio signal. To reduce the harsh sounds associated with clipping, a soft clipping circuit rounds off any soundwaves that peak past 0 dB to create a smoother sound for the listener.

The amplitude of an audio signal is gently saturated along a smooth curve unlike the abrupt shape of hard clipping. Soft clipping produces less harsh harmonic frequencies and transitions the peaked signal to the below-the-threshold audio, creating a smoother listening experience.

Audio clipping sounds different depending on the use case. For instance, clipping effects all have a slightly different tone to their sound, as showcased in the video:

There are countless types of clipping, some of which are used to add color and character to a mix, while others are unintentional and occur simply due to an output signal level being far too high.

In the context of your DAW, the mix is clipping whenever your master fader level is past 0 dB, sometimes referred to as "red lining" due to the red light that's shown on your meter. Generally speaking, audio clipping sounds like a distorted, less high-quality version of the original audio.

It's far louder than the original signal since the amplitude is being artificially enhanced, adding decibels of volume.

There's a huge difference in sound when it comes to digital clipping vs analog clipping. Generally speaking, analog clipping is more forgiving since audio that peaks past 0 dB is still enhanced based on the clean audio signal.

Digital clipping tends to be less forgiving since its surgical approach can be jarring for listeners. It's also worth noting that digital and analog gear tap out at different scales. Sounds processed in your DAW will max out at 0 dB, while analog sounds have a different ceiling at 6 dB.

How To Avoid Audio Clipping

As discussed, there are some ways in which clipping can be helpful, and add color or warmth to your mix when used in moderation. That being said, most of the timing, clipping is a point you want to avoid at all costs. Here's exactly how to fix clipped audio or prevent clipping in the first place:

Can I Fix Clipping?

If you're working with already-clipped audio, it isn't easy to restore your track. It's a destructive audio process that undermines the integrity of the original audio signal. Some audio restoration software may be able to help you bring back some of the original sounds, but this isn't always possible, and it can be quite costly.

Unfortunately, the best way to fix clipping is to avoid it altogether or rerecord audio that can't be restored.

Gain staging is optimizing your volume levels to avoid distortion in the next stage of your process. This is done in both analog and digital systems and helps prevent unnecessary audio clipping in your recording.

When you're working in a DAW, this equates to having all tracks equal or lesser than 0 dB. Analog equipment usually has a set default calibration which should be set before recording for optimum sound.

Back To Drawing Board

Sometimes, the best way to tackle your clipping issues is to simply rerecord the affected signal. While it is tedious, it's even more so to try and restore audio that's already damaged. A great recording serves as the foundation of any song, so don't move on to the mixing and mastering processes without having solid ground.

Clipping audio is all too common throughout the world of audio, and while it can be helpful, it can also easily destroy a song. Use these strategies to prevent clipping before it happens and create strong, smooth songs for your listeners.