What is Cadence in Music: All Types Explained 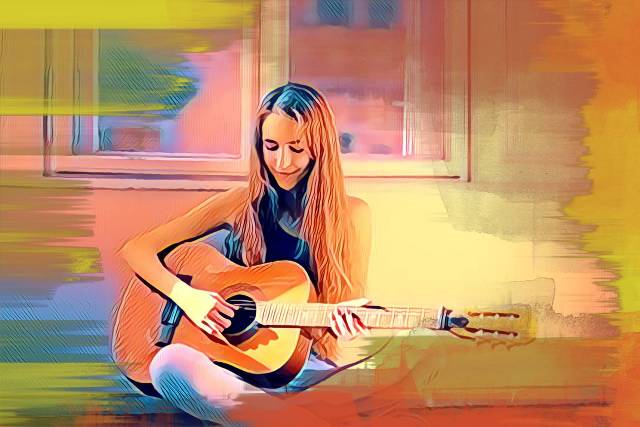 Music is so powerful because it's dynamic. When you listen to a song, you experience a beginning, middle, and end to a story all within the span of a couple of minutes. Melodies and chord progressions drive the song, but what leads us to a sense of revolution? That's where cadences in music come in.

Understanding cadence is essential for becoming a stronger musician and creator. Below, we'll dive into what cadence is, the different types of cadences in music, and explain how cadence works within a song. Let's jump into it!

What Is Cadence In Music?

So, what is cadence in music, anyway? Cadences in music provide resolution or closure to the end of a musical phrase, chord progression, melody, or entire piece. You'll find that cadences are structured to create a strong relationship between the ending and final notes, thereby evoking a sense of finality for the listener. You're usually moving from a dominant chord or note to the tonic chord or tonic harmony, but there are several variations of cadences which we'll break down below.

You can think of a cadence as musical punctuation. If melodies, chord progressions, and rhythm help build a sentence in a song, the cadence creates the "period" or "exclamation mark". Cadences were particularly important in classical composition, but they can be found throughout all genres of music, even today. Even "Happy Birthday" is packed with cadences throughout its famous melody.

Simply put, cadence in music describes the movement between musical phrases. You can categorize all cadences as either open or closed. Open cadences in music tend to invite continuation, and the musical phrases in a song feel as though they could keep playing. When placed at the end of a song, an open cadence sounds incomplete. Closed cadences, on the other hand, usually signify the end of a melodic idea or composition.

A musical composition can contain multiple cadences throughout at the end of a phrase and will most likely have a closed cadence at the end of the song to provide the track with melodic closure.

How Do Chord Progressions Work?

In order to understand how cadences in music work, it's important to break down chord progressions. Chords are built upon 3 or more notes within a particular key or note family. Each chord produces a different sound based on these combinations of notes.

One of the best things about chord progressions is that the relationships between the notes stay the same, regardless of what key you're in. The types of chords within a key are as follows:

Lowercase Roman numerals distinguish minor chords, while uppercase numerals are associated with major chords within a key. You'll find that just about every common cadence moves from a major chord to the tonic (which is major as well). It's easiest to build a strong sense of resolution between these powerful chords, making them well-suited to serve as musical punctuation.

To put this all into practice, let's look at the key of C major. In C major, the chords are as follows:

Movement from the  G chord to the C chord in C major would create perfect authentic cadence since you're moving from the fifth degree to the first degree or tonic note.

Don't worry if you feel like you don't have a strong grasp on how to create chords within the context of a scale. All you need to understand is that chords within a key all have their own scale degrees, which help define and create the cadences we use today.

The 6 Different Types Of Cadence In Music

As there are many ways to end a musical phrase, there are various types of cadences. Each of these cadence types can evoke different feelings within the listener, which makes them a powerful compositional tool. Here are the 6 main cadences found in western music and throughout that, you'll need to understand as a musician:

You hear the perfect authentic cadence in music all of the time, but one of the more obvious examples is in the United States' national anthem, "The Star Spangled Banner". The arrangement ends on a V chord moving to the tonic chord in root position:

You can hear imperfect authentic cadence at the end of Louise Reichhardt's piece "Frühlingsleid":

Plagal cadence is the cadential figure based on the relationship between the subdominant or IV chord and the tonic. You can find a plagal cadence in all types of music, but since it was popularized in 19th-century hymns, it's sometimes referred to as the amen cadence. As you'll see in this example, the word "Amen" is set specifically to this amen cadence in "Preces & Responses":

The deceptive cadence tricks the brain by beginning with a dominant V chord. Your brain naturally hopes to hear a resolution to the tonic as you would in a perfect cadence. Instead, deceptive cadence resolves to another chord. This is most commonly the IV or subdominant chord, and the cadence ending feels fairly open. Listeners might still be waiting for the resolution after this cadence has ended.

You can hear the deceptive cadence in The Beatles' song "Octopus' Garden" around the 2:30 mark where they purposely hold out a section with deceptive cadence to create the final satisfying resolution with an ending perfect cadence ending on the tonic chord.

Half cadence can be defined as a cadence that ends on the dominant chord or V chord. The half cadences end on the V chord, but any other chord can precede it. It evokes an open feeling that longs to be resolved, which is why it's generally considered a weak cadence.

Half cadences, therefore, rarely end a piece. This cliffhanger cadence keeps you on the edge of your seat seeking out the resolution from the dominant chords. You can find half cadence sprinkled throughout Bowie's "Let's Dance":

One of the more complex cadences is the cadential six-four. This cadential form is a bit confusing since it refers to reading figured bass symbols which help communicate that the dominant tone of the dominant chord is inverted as the bass note. It then resolves to an inverted chord that could be interpreted in some cases, as the tonic chord.

This can get pretty confusing, but the cadential six-four, in a nutshell, relies on the context in which the cadence produces dominant harmony.

You can hear a cadential six-four at the end of Elvis' classic "I can't help falling in love with you" on the words "love" and "with":

How To Use Cadence In Music

You can control what a listener expects from a piece of music by deliberately using certain types of cadences. Here are just a few of the ways that you may use cadence in your music :

Our ears naturally create tonic resolutions based on the context of chords and melodic phrases. For instance, if a dominant chord or dominant harmony chord precedes a tonic, the listener expects a full resolution before it's even played.

In this way, utilizing the dominant chord at the beginning of a cadence creates natural anticipation. This is a great way to create natural transitions throughout the course of a song.

Cadences can help you build tension and release throughout a song, making for a more dynamically interesting creation. This can help you paint your song's story in a more authentic light, rather than getting stuck in the typical authentic cadences that are expected throughout most music.

Close Out A Composition

Some songs call for a strong, powerful finale that can only be achieved through the power and simplicity of authentic cadences. Cadences can be found anywhere throughout a song, but they often shine their brightest when closing out the final beats of a composition.

Cadences are easily misunderstood and ultimately, undervalued tools in the world of music. We'll clear up 3 common misconceptions about cadences below.

Not all cadences happen at the end of a composition.

Remember, cadences typically are most identifiable at the end of a song, but they could be placed anywhere throughout a composition. This makes a lot of sense since not all cadences are designed to create a feeling of total resolution that you mind find within perfect authentic cadences or with plagal cadence.

Deceptive cadences or a half cadence, for instance, are designed to build tension. This tension can be utilized to bridge different parts of a composition together even though the relationship between the two chords is a bit weaker. Each cadence type has its own preferred time and place.

Many musicians simply ignore the music theory behind cadences and insist that they aren't relevant anymore. This couldn't be further from the truth as cadences continue to influence the way we enjoy music today. If you take the time to understand the relationship between one chord to another, you're naturally going to be a lot more effective at evoking certain emotions in your audience.

Cadences are creative tools that should be taken seriously with as much reverence as a melody or harmony . Modern masterpieces like "Dani California" would not have the unique groove and appeal it has today without the help of plagal cadence:

How To Find Cadence In Music

In order to understand cadence, you need to have a basic understanding of music theory. We'll walk you through how to find cadence in any song or composition.

1. Determine the key of the piece.

To start, determine the key of the piece. This can be found by reading a song's key signature. Since cadences are entirely contextual, you'll need to know which note family you'll be working within.

2. Figure out the song's chord progression.

Start to identify the chords created throughout the piece of music. Chord interpretation can take some practice, but you'll undoubtedly improve with enough exposure to sheet music.

Study the relationship between the chords.

In order to make cadence interpretation easier, it may make sense to classify each chord as its scale degree. For instance, the tonic is I, the dominant is V and the subdominant chord is IV.

Look to the end of musical phrases and start identifying the relationships by analyzing the movement from one chord to the next. Congratulations, you have successfully determined a song's cadence!

Hence, understanding the working relationships between perfect cadence, imperfect cadence, plagal cadence, deceptive cadence, half cadence and outlier like the cadential six-four can help you better express yourself as a musician. Hopefully, this guide made it easier for you to incorporate cadences into your music and understand the music theory behind them.