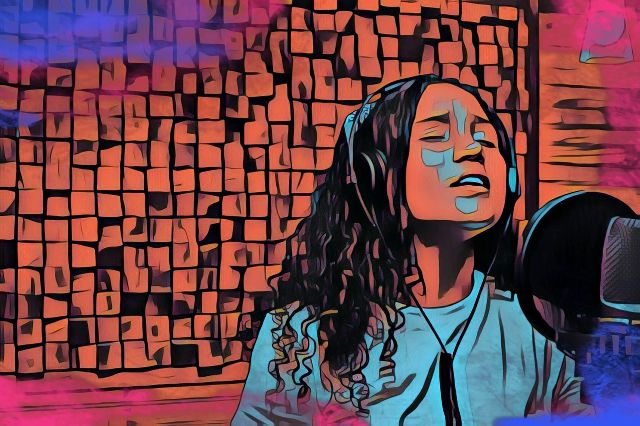 Below, we'll detail the elements of romantic music and share some of the key romantic chord progressions every musician should know. Let's jump into it!

What Is Romantic Music?

Romantic music isn't a genre itself, but it certainly is heard across all genres from pop to hip-hop. Typically, romantic music refers to songs created around the subjects of love and heartbreak. These musical themes are understandably popular among songwriting ideas since it's easy for anyone to relate to.

Elements of a Romantic Song

So what makes or breaks a romantic song? Here are a couple of key elements you'll hear in most romantic music:

Romantic songs used major chords and minor chords and are in every key you can think of. As with most songs, major keys tend to be more popular but there aren't any hard and fast rules when it comes to building a romantic track.

Romantic music is all about reliability. Vocalists in romantic music intend to create a raw experience full of feeling that help listeners sink into the subject matter of the song.

As expressed, there are many song forms that could fall into the category of romantic music. One, in particular, ballads, usually ends up being related to love or heartbreak, at least in terms of subject matter. Ballads focus on a central dramatic event and are usually focused on creating an arc centering a key instrument like the piano or guitar.

Without further ado, here are some common romantic chord progressions. Whether you're a beginner or an experienced musician, these progressions are worth your time!

The classic I IV V or 1 4 5 is a commonly used pop chord progression that's often used in a romantic context. You can hear this romantic progression at play in Johnny Cash's classic I Still Miss Someone :

This chord progression is a favorite amongst songwriters and is used throughout practically every era of pop. Hear this pretty progression in Taylor Swift's Out of The Woods:

This progression has a happy feel with an emotional twist near the end of the progression. Listen to it in The Beach Boys' Wouldn't It Be Nice:

12 bar blues chord progressions have influenced the scale and notes of many music stylings, and romantic songs are no exception. You can hear 12 bar blues in Kiss by Prince:

The 2 5 1 is often referred to as the most common jazz chord progression, though the ideas are shared across all major genres, including romantic music. You'll hear this simple progression playing in Maroon 5's Sunday Morning on the piano:

"Canon" refers to the chord progression used in Pachelbel's Canon in D , though it's still widely used today, especially in romantic songs. Hear it joyously ring out in Bananarama's Love In The First Degree :

This progression is less common in popular romantic songs since its in a minor key. That being said, it can really add a different flavor to songs, helping them stand out against other more simple romantic chord progressions. Hear it at work in My Chemical Romance's Bulletproof Heart :

What are the best chords for a love song?

The best chords for a love song coincide with the mood and feelings you're trying to evoke in your piece. We share several romantic chord progression examples in this article to spark inspiration.

What are the most romantic chords?

What is the best-sounding chord progression?

We often gravitate to chord progressions that utilize I, IV, and V chords. This is because these chords hold the strongest sonic relationship to each other.

What is a good key for a love song?

Most top romantic songs end up being in a major key. However, this isn't necessarily a rule-- there are plenty of loves songs in minor! Write in a key that works for your voice and range.

Having a great romantic chord progression makes it easier to write emotional, powerful love songs. Enjoy incorporating these romantic chords into your songwriting.