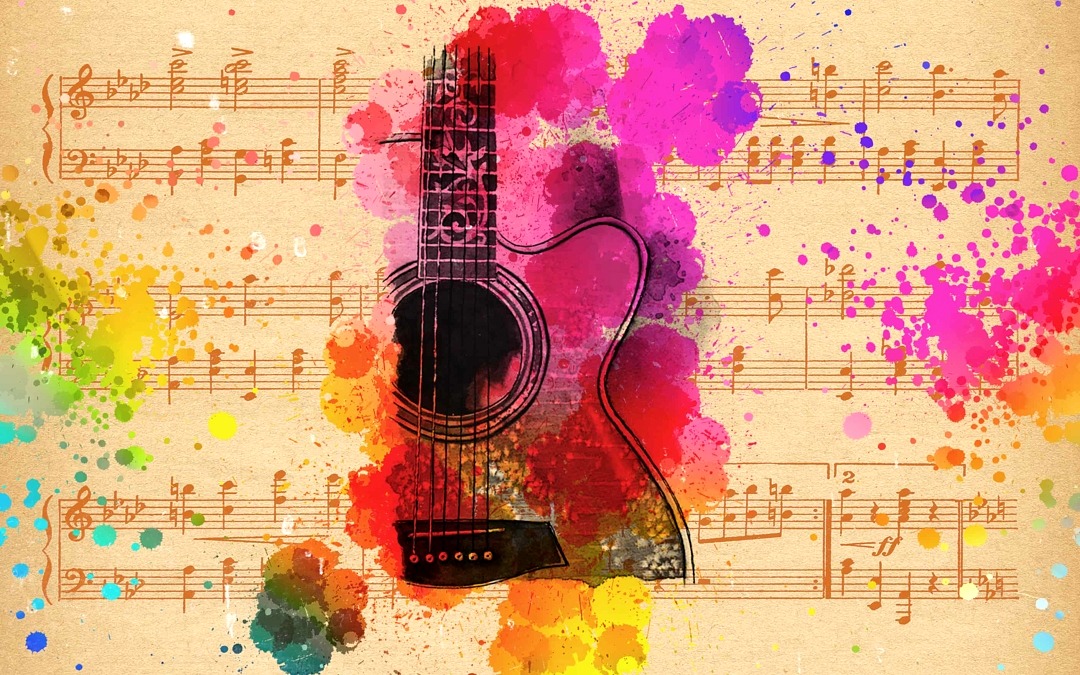 There are so many different elements of a song that can grab the listener – moving lyrics, creative production elements, catchy melodies and hooks – but we can’t forget that a great chord progression in a pop song can make all the difference.

The exciting thing about chord progressions is that even though there are progressions that have been used in countless songs throughout history, there is always a way to put your own fresh take on them.

With this guide, you’ll learn about some of the most well-known chord progressions and ways to utilize them for writing your next great song!

How Do Chords Work?

Before diving into how to develop common chord progressions in pop songs, it's important to understand exactly what a chord is. While we won't dive into too much theory, here are the basics of what you need to know:

Hopefully, this gives you more of an understanding of where chords come from, but don't feel intimidated by the music theory that goes into it. You do not need to grasp each musical concept concretely to get started, and you can always look up the notes of a chord on the internet if you forget the individual notes of a chord triad. Over time, these triads will become increasingly familiar, and you'll intuitively start to understand how chords and chord progressions work.

Understanding the Relationships Between Chords

Depending on the key, just one chord can mean very different things within the context of your chord progression. Chords are most often depicted using Roman numerals, where the number marks the position of the root note of a chord within a scale.

For example, the C Major chord is the I chord in the key of C Major , but it becomes the IV chord in the key of G Major. This is because the 4th root note in the G Major scale is C. The root note is then used to create a triad, or a chord, which in this case happens to be C Major.  You can also have keys that share the same set of notes, but are major or minor depending on where you start.

The only difference between the key of C Major and A Minor is that the C Major scale starts on a C (C-D-E-F-G-A-B) and A Minor starts on A (A-B-C-D-E-F-G). They both share the same notes, but have radically different sounds. A Minor is considered C Major's relative minor key.

Each key has its own sequence of chords – but once you figure out the patterns of that sequence, you’ll be a pro at forming progressions!

Each key has what is called a “ I chord ” (Marked by with Roman numerals l I or i) or the “ tonic chord ,” which is based on the first note of the diatonic scale in that key. Diatonic is just a fancy word that usually refers to moving in a step-wise (as opposed to skip-wise) fashion throughout a major or minor scale.

From there on, you can move through each scale degree to find a new chord. Depending on whether the key is major or minor, those chords and the quality of them (quality meaning major, minor, diminished) will vary.

While this is an oversimplification, you can think of minor chords of having a "sadder" more mysterious feel to them while major chords are generally upbeat and "happy". These chords serve as the backbone of most western music. You'll find that uppercase Roman numerals distinguish a major quality, while lowercase communicate a minor chord quality.

Once you have mapped out the chords of a key and/or scale, you can use them to form your chord progression.

We’ve mapped out these scale degree patterns to help you speed up the process, note how the Roman numerals each align with a particular chord within a scale, though they can be applied to any major or minor scale –

The chord quality also stays the same regardless of which scale you're using.

How To Create A Pop Song Chord Progression

Now that you've developed a basic understanding of how chord progression works, it's time to start applying your knowledge to crafting memorable pop music. Thankfully, many hit songs utilize the same chord progression structure, so it's not too difficult to get started.

You might have noticed that a lot of popular music tends to sound more or less the same. For better or worse, this is not by accident! Modern music often recycles the same progression-- After all, if it isn't broken, why fix it?

This is actually one of the first chord progressions I ever learned on guitar, and it has been used in countless songs.

It starts out on the major I chord (like many other progressions), then moves on to the minor II chord , the major IV chord, and then finally the major V chord , which will resolve back to the I chord when repeating the progression. You'll find that most common chord progressions utilize four chords, then repeat.

However, there are plenty of other common chord progressions that utilize three chords or even just two chords before cycling through the set of chords again. Twelve bar blues is accredited with being built on this chord structure.

Resolving from the V chord to the I chord is a very common element in pop music, popularized in jazz chord progressions such as ii – V – I . It creates a satisfying and comforting tension and release. You may not realize it, but our ears naturally want to hear that resolution back to the familiar I chord – that’s why pop music progressions like this are so popular.

You can hear this progression in pop songs such as one of Taylor Swift’s earlier hits, ‘Our Song’ –

Five chord progressions are common since the I and V chord have such a strong sonic relationship. For another similar option starting with the I chord and ending with the V chord, you can replace the ii chord with the minor iv chord:

This progression sounds very similar, but the minor VI chord can provide a different color and resolution, depending on the sound you’re going for.

For an example of this progression, you can listen to ‘Every Breath You Take’ by The Police –

This is another commonly used chord progression that utilizes common diatonic chords of the major scale. It starts out on the major I chord , then moves to the major V chord , the minor VI chord , and finally the major IV chord , which resolves to the I chord.

This progression can be heard in famous songs like Jessie J’s break-out hit, ‘Price Tag’ –

This progression is quite different from the other progressions we’ve listed for two reasons – (1) it’s in a minor key , and (2) it utilizes the dominant V chord , which is a great tool for minor chord progressions.

A good example of this progression is in Christina Aguilera’s 90’s hit, ‘Genie in a Bottle’ –

How To Get Better At Writing A Chord Progression

Learning how to write a chord progression isn't always an easy, intuitive process. One of the best ways to improve your skillset is to actively listen to pop music, and notice how a strong chord progression can help shape a song for the better.

You can even look up a particular chord progression of a track and try writing a new melody or entire song on top of the familiar set of chords. Using the same chord progressions can give you the freedom the focus on other parts of your song.

This can be particularly helpful if you're trying to recreate or reference a sound from a particular era. You'll find that popular songs throughout any age share similar chord structures, whether it's classic rock, disco, or doo woop. Each music genre comes with it's own set of recognizable patterns.

It's important to remember that although a strong chord progression can significantly help you build your song, it's not the end all be all. Sometimes, a great chord progression comes after you've ironed out the lyrics and some powerful melodies in pop music, so don't feel stuck in a particular way of writing music.

If you don't know where to start, it's a good idea to focus on progressions within the key of C major since you won't have to worry about sharps or flats. Remember that great songs don't have to be complicated. Pop music borrows from all keys and genres, though some popular chord progression options may be more common than others.

A great popular chord progression is catchy and effortless. Focus on continuing to write your own songs, and you'll naturally develop a sense of what chord progressions tend to fit. You'll also build up your chord library with different chords which will help you create different moods within your songs.

Practice Building Your Own Chord Progression

Although these popular chord progressions clearly work like a charm, it’s also a lot of fun to form your own chord progressions! Now that you have an understanding of diatonic chords and scale degrees, you can mix and match chords to find the progression that’s right for you.

Don’t feel like you have to limit yourself to what’s diatonic – there are plenty of great songs out there that venture out of the diatonic realm to add a unique sound and arc to their songs! A major hit could have any chord progression.

Make Sure Your Chord Progression Suits Your Song

Chord progressions are important, but it's important to remember that they are contextual. What matters most is that the song structure is memorable and serves the story of the lyrics. Pop music is simply defined by being popular: If your song has the potential to connect with many melodically and lyrically, then nothing else matters.

Allow yourself to experiment with chords and play around with what sounds good to you. Pop songwriters are incredible diverse in their process. One of the best things about songwriting is that there are no rules – let your ideas, emotions, and creativity fuel your songwriting and chord progression construction. With these chords in your toolbox, you’ll be able to create a basic outline for the next hit song!