Hook vs. Chorus: All You Need to Know 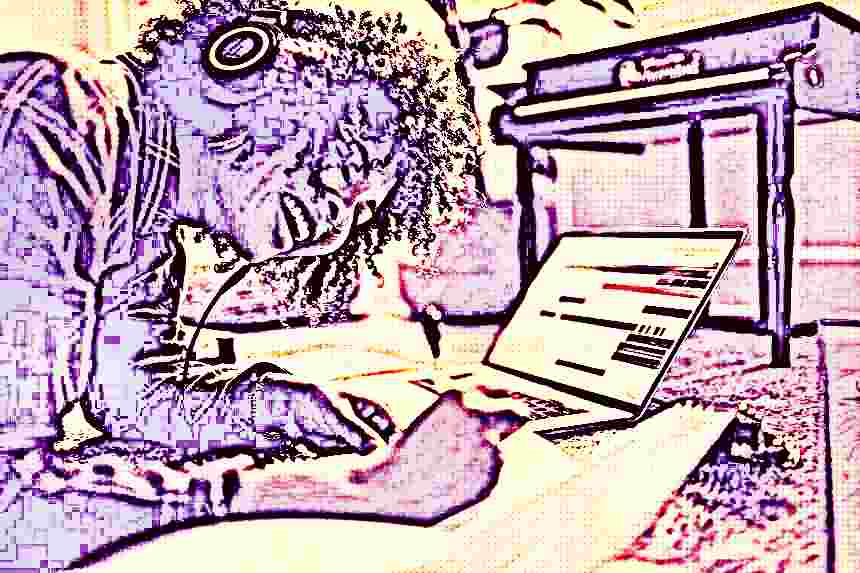 When it comes to songwriting, it's important to understand the difference between various musical components such as the hook vs. chorus. After all, the catchy rhythm or melodic idea of the chorus or hook could make or break your song. That being said, the building blocks of a song can feel incredibly similar, so you may find it tricky to identify one part over the other.

We'll break down everything you need to know about the difference between hook vs. chorus below so that you can easily identify the two elements throughout a whole song. We'll also share some examples of the hook and chorus in popular songs so that you have a strong reference point. Let's dive into it!

What Is a Chorus?

A chorus is a section in a song that's typically repeated throughout the entire composition. It's characterized by being catchy, memorable, and usually the part of the song the listeners look forward to. The chorus can consist of several lines or be more abrupt, though it's always shorter than the verse of a song .

Great-sounding choruses have a strong vocal melody, rhythm, and a lyric phrase that sticks in your head long after the song is over. Choruses usually contain a hook or multiple different hooks and are easy to sing. A chorus might also occur over a different chord progression in contrast to the rest of the song.

In terms of song structure, the chorus occurs after the pre chorus or sandwiched in between two verses of a song. The pre chorus isn't a part of the chorus, but it repeats itself before the chorus starts to create tension and anticipation.

A chorus is usually only a couple of lines and designed to be memorable for a listener. Any good song has a strong chorus since this main riff is what drives most listeners back to a particular song.

You probably intuitively know what a chorus sounds like since this is the basis of popular music. Let's dive into a couple of chorus examples to solidify this concept:

Robyn - Dancing On My Own

One great example of a strong chorus is the pop classic, "Dancing On My Own" by Robyn. The song's first chorus from 0:50 to 1:25 presents a dramatic action by shifting the chord structure and introducing a catchy melodic idea.

The track's hook "I keep dancing on my own" shows itself at the end of this chorus, which also serves as the title track for this song.

What Is a Hook?

A hook in music is called a hook for a reason. These short musical phrases are defined by their ability to stick in your head and make a track more memorable.

The chorus could contain the only hook in the song, but a song can also have multiple hooks dispersed throughout the song in places like the intro, verse, or bridge . Essentially, a hook is the main idea of the song that's conveyed in a short phrase or line.

However, there's one thing all hooks need to have in common: If you're not creating a catchy hook, you aren't creating a hook whatsoever. Hooks are often found embedded within the chorus, though they can also be dispersed throughout the verse or at the intro or outro of a song.

Hooks often serve as a key lyric line that ties a song back to the title concept or answers a musical question prosed in the song's verses. While the melody that backs the lyric line is simple, it's also easy to sing which could make it easier for listeners to remember.

A music hook might occur during a change of a song's beat rhythm, or different instrumental part in order to help it stand out amongst the rest of the track's verse, bridge or chorus. Generally speaking, the better the hook, the greater the commercial potential for the track, so crafting an excellent hook is undoubtedly an essential skill of any songwriter.

Let's listen to some key hook examples below in order to solidify our knowledge of the concept.

Robyn - Dancing On My Own

In this song, the hook, "I keep dancing on my own" is found at the end of the chorus. Notice that part of the hook also serves as the title of the track. While this hook repeats in every chorus, it also shows up at the end of the song's bridge, before entering into the final chorus lines.

One of the best thing about this song's hook are the lyrics. Even though the phrase, "dancing on my own" is relatively short, it conveys a powerful, emotionally charged message.

Whether you hear or sing those words, you're instantly curious of what the song might sound like, which demonstrates the power of this track's hook.

Comparing The Chorus and Hook

The hook and chorus can feel incredibly similar, and that's because they are! Below, we'll share the key similarities and differences between the two so that you can understand how these key songwriting elements work.

Similarities Between a Hook and a Chorus

Choruses and hooks can be similar in several ways, but here are some of the main shared points to pay attention to:

They focus on being memorable. The reason why so many songwriters strive to make a strong hook or chorus is because the two elements aim to make a song memorable. You might not get the full story of your song out in the chorus or hook, but that's what the verse is for.

These elements both aim to capture the listener through a catchy melody , rhythm , lyrics , or a combination of the three.

They are usually repeated. The chorus and hook are one of the few parts of a song that are repeated. This is in contrast to the verse, which usually has more words and variation, though less memorable than these songwriting elements.

Differences Between a Hook and Chorus

While the chorus and hook of a song are fairly similar, there are also some important difference to understand as a songwriter. Here are the difference between a hook and chorus:

A chorus is usually longer. While this isn't always the case, a chorus is usually several lines long whereas a hook could stand as a couple of words or a short phrase. A hook can be within the chorus part of the song, though generally a full chorus is too long to be considered a hook on its own.

A hook is more flexible. A chorus is usually preceded or followed by a verse or bridge. Hooks, on the other hand, can be just about anywhere. You may hear hooks in the intro, during the chorus, before the bridge, or during the outro of a song. Many songs repeat it as much as possible to make for a catchier tune.

A hook can be reflected in a song's title. You might notice that the words of a hook commonly serve as a part of the title in a song. For example, in Doja Cat's "Say So", the hook, "Why don't you say so?" is also included in the song title.

Tips For Writing A Great Hook and Chorus

Are you ready to write a great hook or chorus? Here are some top pointers to keep in mind so that you can create a memorable song that will stick with your fans long after the first listen.

Be Sure To Experiment With Different Options

Whenever you write a song , it might be worth coming up with multiple chorus and hook options. This way, you can choose which options are the catchiest and make the most sense within the context of your song.

Just like anything else, great songwriting is a skill . The means that it's easier to write well if you're committed to the creation process. Practice writing these elements as much as possible, and you'll slowly but surely start to see improvement.

You Can Write Melody Before You Have Lyrics Or Vice Versa

Remember, there's no one right way to craft a song. Your next great chorus can start from a string of lyrics. Alternatively, you can take the first step by recording a melody or two on your voice memos app. Feel free to customize your creation process.

Take Inspiration From An Excellent Example

Take note of how the singer's lines flow from the verse to the chorus to the hook. It's also a good idea to get inspired by songs in different genres so that you can widen your expectations of what a musical hook or chorus may sound like.

Hopefully, this article made it easier for you to understand the differences and similarities between the chorus and hook of a song. These songwriting elements are important to understand and are worth taking the time to master throughout your music career.

If you can figure out to create an intriguing hook or chorus in a song, you're sure to connect with a wide array of listeners. Have fun creating catchy choruses and hooks!