LUFS VS. dB: What's the Difference? 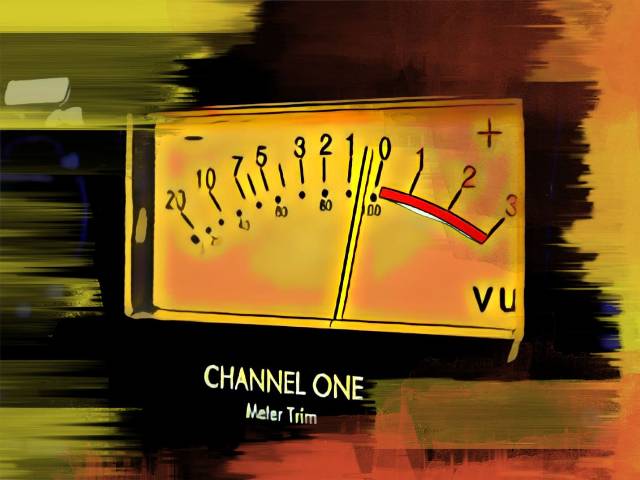 As a music producer, composer, podcaster, or anyone in the audio world, it's important to understand the difference between LUFS vs dB. These audio loudness units are commonly mistaken for one another, and while they are similar, they aren't exactly the same thing.

Thankfully, we'll detail the key differences between the two loudness unit types below and also share some practical applications for each unit. This way, you can easily understand when it's best to use one unit over the other. Let's jump into it!

What is a Decibel?

So, what is a decibel, anyway? A decibel is a loudness unit that measures the intensity or energy of sound. Decibels represent the amount of air pressure created by sound itself, with higher intensity sounds correlating with a higher rate of perceived loudness. Generally speaking, a measurement of 0 dB is the smallest unit of sound that's perceptible by the human ear.

In music production, you'll see decibels come up time and time again as a standard form of measurement. For instance, you'll find decibel measurements built into faders and the meters in your DAW . You can see the green bars indicating the loudness measured in dB in Ableton Live:

The dark green represents the peak levels of the decibels while the light green showcases the average decibels within a section.

How are Decibels Measured?

Decibels are measured utilizing two different metrics: frequency and amplitude. Frequency measures the number of vibrations in a sound and also determines an audio signal's pitch. Amplitude is how strong the audio signal is.

It's also worth mentioning that decibel loudness increases exponentially. Therefore, 10 dB is 10 times louder than 0 dB. Decibels' overall volume increases drastically as a sound becomes louder. Decibels and volume metering are used all throughout the music production process. You'll keep an eye on decibels while recording, producing, mixing, and mastering, though during the mastering process you'll also have to keep an eye on your LUFS meter.

While mastering, keeping track of your decibel peak levels and average level is key to creating a strong track. The average amount of decibels measured over a period of time is referred to as RMS , which served as the standard for measuring volume until the development of LUFS.

LUFS can be thought of as a measuring stick for audio that's used for creating a consistent audio experience across radio, film, TV, and music outlets. It stands for loudness units relative to full scale. They are also the most recent and accurate way of measuring audio.

Different audio outlets have standard LUFS level and LUFS algorithms so that you won't experience a shocking volume difference when transitioning from one song to the next. The LUFS algorithm creates a smooth, consistent listening experience for users and alters the audio accordingly, which is why it's so important to take stock of a platform's LUFS standard while mastering.

How are LUFS Measured?

LUFS are a broader type of loudness unit. LUFS measures the average loudness of a piece of audio, measuring loudness over a specified period of time. Measuring loudness with LUFS also takes into account perceived loudness. This means that LUFS doesn't just take into account true audio loudness as perceived through decibels, it also factors in how the human ear perceives sound.

Based on the way sound hits the human ear, certain frequencies sound naturally louder than others. The difference in perception used with LUFS is outlined through the Fletcher Munson Curve:

Therefore, using LUFS is the golden loudness standard since this measurement blends our perception with actual audio output. By blending these two important parameters, we are able to create the most balanced perceived loudness unit for human hearing. You'll normally use LUFS when configuring how loud a piece of audio might be. In music production, this means you won't touch LUFS until you're ready to master the mix .

You can measure a LUFS with a LUFS meter in your DAW. A LUFS meter will usually showcase both integrated and short-term LUFS to give you a clear view of your sound. Integrated LUFS represent the average loudness of sound over time while short-term LUFS merely take into account a short section of audio.

Should You Use LUFS or DB?

Decibels and LUFS both measure sound, so how do you know which measurement to use? On paper, LUFS and decibels seem to be the same phenomenon. After all, both decibels and LUFS are more or less equal as 1 LUF is roughly 1 DB. Both are used to characterize volume. Though these loudness units have a 1 to 1 ratio in audio, they are still used for different things.

Decibels are a more broad tool used to measure the volume in virtually any audio or sound application. LUFS, on the other hand, are primarily used throughout the mastering process. They are the most accurate loudness meter we have today but are less commonly used outside of the world of audio engineers.

When it comes to normalizing music and any other audio, LUFS stand as the loudness standard. In fact, it's important to keep in mind that various streaming platforms have different LUFS standard levels of their own:

LUFS probably have more practical applications when it comes to normalizing audio. However, decibels stand as a broader way to measure sound across the board. One thing is for sure -- understanding the difference and similarities between decibels and LUFS is essential for anyone seeking a career in audio.

As you can see, LUFS and DB are entirely different forms of measurement. While they are both used for measuring loudness, each provides a different reading for a variety of applications. Keep an eye out for these useful and distinct forms of loudness measurement.