What Is Audio Mastering? 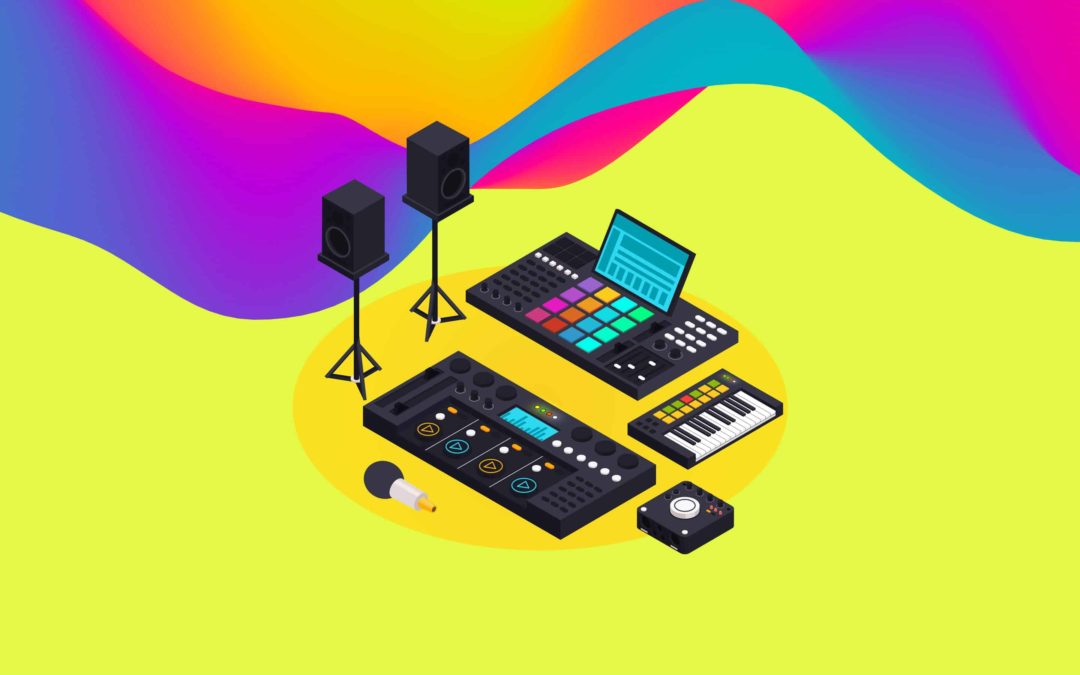 Audio mastering sounds complicated. Most indie producers shudder at the thought of trying to master a track themselves.

I’d be lying if I didn’t tell you that audio mastering is complicated. But it doesn’t have to be as complicated as many make it out to be.

Just like anything else, you can learn how to master music with the right amount of dedication and information. If you have the drive and the time, you can learn the basics and seek to get better over years of practice.

To get you started on that path, I’ve put together a comprehensive guide to music mastering. Here’s what we’ll cover:

First, let me give you what you came here for: the definition of audio mastering.

Mastering is the final step in making a song that sounds professional. The main purpose of mastering is to balance out the different elements that make the song and ensure it sounds good, regardless of the speakers used. The process of mastering involves things like limiting, EQ, stereo improvement, and compression to provide you with that well-engineered and well-mixed song.

Furthermore, mastering also helps you with fixing those annoying sounds, such as hisses or clicks. Although mastering can help with some of the issues related to mixing, that's not its main purpose. There’s no guarantee mastering can fix mix problems. The mix should be solid first and foremost. But mastering can help if needed.

Most importantly, audio mastering allows your music to get to the level of those professional-sounding tracks on different streaming sites, taking not just loudness and clarity but overall quality into consideration.

How Is Mastering Different From Mixing?

A lot of beginners get these two confused.

Even though they are similar in some ways, they are definitely not the same thing. Mixing is the process of shaping the different instruments to work together as one. Mastering is taking that “one” overall sound and polishing it up and enhancing it.

During the mixing stage, you’re setting gain levels, panning tracks, using effects to make the whole song sound great. Then mastering takes that already great-sounding song and gives it a bath to clean it up a bit.

So where did we get mastering?

Well, it started when audio engineers had to take their recordings from tape and prepare them to be cut to vinyl. They’d create what was called a “master disc.” In this process, they had to lessen peaks in the recording — the energy from peaks could be too much for the disc cutter or they could detach the stylus from the vinyl.

That’s when they started using compressors and limiters. And that’s how we, in the digital age, ended up with the craft of audio mastering.

Now we’re going to talk more about the “how to” of mastering.

What’s The Point Of Mastering Your Music?

Why master your music? Let’s start with the basics. With proper mastering:

Now to breakdown each of these points…

People listen to music on all sorts of devices nowadays. Earbuds, phones, car speakers, and super nice studio monitors. Mastering helps your song sound great on each of those devices. Unmastered songs sound amateurish and unpolished, which really can negatively impact how listeners feel about the tracks.

If you’re releasing an album, mastering makes sure the album is consistent across all the songs. Each track needs to be at the same loudness. They need to sound like they should actually be on the same album.

Simply put: you need to master your music if you want it to sound professional and for music listeners to receive it with open ears. Only then will it have an opportunity to do well on Spotify and other music platforms.

Basic Tips For Preparing Yourself To Learn / Practice Mastering

Before we jump into the step-by-step mastering guide, let’s cover some of the basics first. Try starting with these tips:

The more you apply mastering effects, the more it will alter the track. Too much mastering is not a good thing.

A Step-By-Step Guide To Mastering

Okay, now we’re going to walk you through what you need to do to get your track mastered. Just a heads-up, this gets a little complicated, so prepare to think hard.

Signal flow refers to the order in which you use different plugins. As a beginner, here’s the best signal flow to start with: Source → EQ → Compressor → Clipper → Limiter → Metering

The source is your track, the WAV file.

The first thing we’ll do in the mastering process is Equalize (EQ) the overall mixdown to make unwanted frequencies more hidden. The heavy EQing should be done in the mixing stage, but even in mastering, we’ll likely want to do some light EQing.

Don’t make any cuts or boosts over 3 dB. If you feel you have to do more than 3 dB, then the mix is faulty. Another tip is to make your EQ range show no more than 9 dB. If you see too wide of a range, it could affect what you perceive in your ears.

When you make a cut or boost, widen the bandwidth. Using wider bandwidths rather than narrow cuts and boosts allow the changes to sound organic.

The purpose of EQ is to balance the frequency spectrum of your mix. That’s why it’s so useful during the mixing stage. Some people put an EQ before and after the compressor because a compressor ends up coloring the sound a bit.

Here are some tips for advanced EQing in the mastering process:

A compressor’s main job is to lessen the dynamic range, which is essentially the difference between the quietest and loudest parts of the song. By reducing the dynamic range, you can make the song louder without peaking. This means the quiet parts aren’t as quiet, and the loud parts aren’t quite so loud. It makes for a more even listening experience, which is key in modern music.

If you apply a compressor to your master (because you may not need to), keep the gain reduction under 2 dB. Anything more and it’s too noticeable. Mastering is all about subtly. Try starting your ratio at 1.25:1 or 1.5:1. Anything more than 2:1 is a bad idea.

And remember, use your ears. Are you making the song sound better, or are you just going through the motions because that’s what people said you should do?

A limiter is like a very extreme compressor, and you can use it to make your track louder without making it distort. As with a compressor, you shouldn’t use any more than 3 dB of gain reduction on a limiter. At that point, it starts to sound unnatural.

When it comes to using a limiter, you’ll see the same basic controls on most limiters: input gain, output gain, attack, release, and gain reduction.

Here are some quick-and-easy limiter settings to start with (adjust as needed):

Now it’s time to bounce your mastered track for distribution.

To make sure your songs work with today’s streaming services as well as CDs, here are the settings you should use when rendering your master:

Audio Mastering Is A Learning Process

You just read through a ton of info. It’s a lot to learn, and it will take time to get the hang of it. Mastering engineers go to school for this type of thing and then spend a lifetime getting better.

An alternative, however, is automated or online mastering. This is when an online mastering services AI tool like eMastered analyzes your track, compares it to other songs in your genre, applies a variety of relevant settings, and spits out a professional-sounding mastered song.

That’s what eMastered does, and it only takes a few minutes. You can even upload a reference track so the algorithm has a professional song to use as an outline for mastering. Even better, you can use the tool as a source of free mastering to hear exactly how your mastered track might sound when it’s done correctly.

If you don’t have time or the desire to learn to master, eMastered is an affordable online mastering option that will probably master your song better than someone who’s just learning.

“I was blown away when I heard eMastered for the first time. It did such an incredible job for a variety of different songs that I threw at it. I wish it had existed when I was starting out.”
– Carlos “CID” Cid, GRAMMY Award-Winning DJ (Lana Del Rey – Summertime Sadness – Cedric Gervais Remix)

Listen To The Difference

Just to prove the point that mastering your music is necessary to meet industry standards, let me show you.

Here we have a professionally recorded and mixed song that is not mastered:

And here’s the same track after it’s been run through the eMastered algorithm:

You hear the massive difference, right?

And that, my friends, is a comprehensive but simple to understand intro to audio mastering. The next time someone asks you “how can I master my song,” you’ll know what to tell them.