How to Master an Album 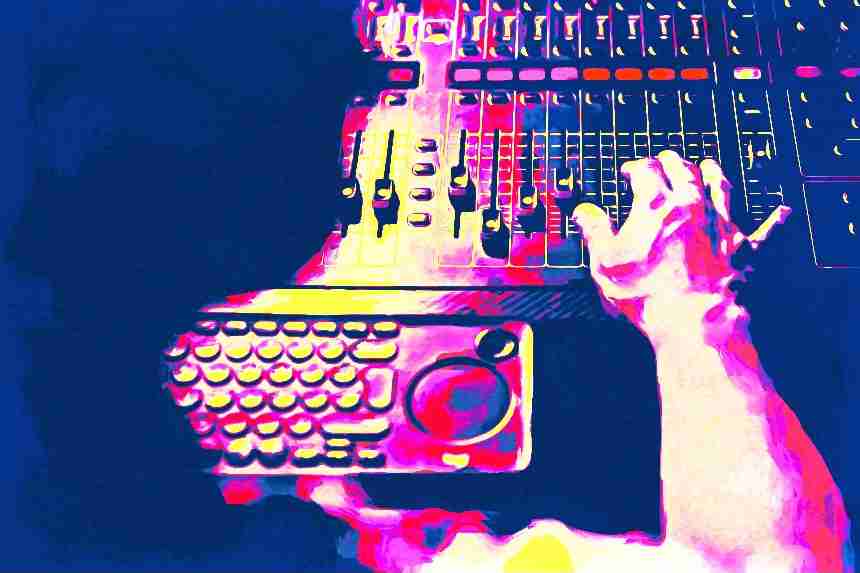 Mastering is somewhat of a dark art in the world of music production. Some believe it isn't necessary at all, while others believe it is one of the most important aspects of finalizing a mix.

Here at eMastered, we believe mastering is the BEST way to obtain a cohesive and consistent sound, especially when it comes to releasing an album (or any group of songs for that matter).

If you listen to your favorite albums, you might notice consistent levels, tonality, frequency content, and fine-tuned elements from track to track. Great albums have an aesthetic all their own.

How do these artists achieve that?

Is it mastering or something else?

In this article, we're going to dive in and dissect the art of album mastering so that you can craft cohesive and professional releases.

Pre-Mastering for an Album

If you're planning on sending your album mixes to a mastering engineer, there are a few things you should keep in mind.

Send Both Clean and Processed Mixes

You may have processing on your master channel, and that's okay. However, when you send your album mixes to the mastering engineer, send them BOTH the processed and clean versions. Sometimes, EQ, compression, saturation, and limiting on the master bus can negatively impact the mastering process.

Try and make all the songs as consistent level-wise as you possibly can. As a rule of thumb, it's a good idea to have the track peak around -5dB at the loudest part. This level will give your mastering engineer more headroom and dynamic range to work with .

Bounce all of your tracks out using the same format.

DO NOT SEND MP3s.

Every genre uses different flavors of compression and EQ. Plus, many artists want an ultra-specific sound for their whole album. By sending reference tracks, a mastering engineer will have a guide to help make your tracks sound cohesive.

Once an engineer uses a reference song for the first track they master, they can then use that track to master each successive song.

Tell Your Mastering Engineer About The Mixing Process

When mastering an entire album, most engineers will use the stereo mixes you send them. Here's how the process typically goes:

While stem mastering often takes longer and costs more , it can be worth the extra cost. An engineer that performs stem mastering can process track groups at elemental levels for additional clarity and punch.

For example, if you send out a rock song for stem mastering, you will likely send out group stems , including drums, bass, guitars, keyboards, lead vocals, backing vocals, and effects.

The mastering engineer can then process each of these individually if necessary and build a more detailed master using a similar process to standard stereo mastering.

When you're trying to make your album sound cohesive, it can be difficult if you're working with different styles, genres, and musical intensities. However, you can do a few things to navigate through this process.

For example, you might start by determining the focal point of your album . Is it the vocals? Maybe the acoustic guitar? Perhaps it's all about the drums? Once you decide what the focal point is, you can hone in to make sure that particular instrument sounds consistent from song to song.

Of course, there is bound to be slight variance. For example, drums in a heavier, hard rock track will need extra punch and grit than those in a ballad track. Though if your drums are 6dB quieter than they were in the last song, the listener will probably notice that disconnect.

Beyond tonal balance, you also want to consider dynamics .

We know that thinking about dynamics when trying to create consistent levels and tonal balance can be difficult. Still, once again, you can disconnect the listener if your dynamics aren't correct.

Of course, in the end, individual songs will have their own character. If you feel like you're destroying that unique sound or character for the sake of consistency, STOP. Allow differences to occur as long as they don't sound jarring when you move from one song to the next.

We like to begin with an EQ to clean up any frequency ranges that require it. For example, if you have harsh high-mids or muddy lows, you can use an EQ to clean them up. Because subtlety is crucial in mastering, it is best to use broad Q values and make small, near-transparent adjustments.

That 5kHz-8kHz range hurting your ears a bit?

Maybe those pesky S's are popping out in the lead vocal, or the cymbals are a bit too harsh.

Instead of trying to wipe those frequencies out with an EQ, we recommend using a de-esser. As with the EQ, keep it very subtle and check that it is only working when you want it to.

One of the telltale signs of a mix that has not been mastered is the lack of glue .

With a glue compressor, you can create cohesiveness in a track. It is best to start with a faster attack time (under 1 ms) and a slower release (2-5 seconds). You should aim for about 1-2dB of gain reduction in most cases. Listen to make sure it's not hitting too hard.

The primary purpose of a tonal EQ is to enhance and color the song. Therefore, we recommend using plugins modeled after hardware to give your song a bit of pleasant distortion and color.

Your mix might have a flat, digital sound to it. Maybe it's a bit too pristine. With a hardware EQ emulation, you can make a few small boosts in areas you want to highlight. Even if you don't make any boosts, simply running your song through the EQ can give it a bit of color.

A tonal compressor is there to add a bit of grit, shine, and flavor.

Now we know what you're thinking, and no, you don't NEED two compressors.

However, we love using two and separating them based on different purposes .

A tonal compressor can be there to add just a splash of color, even if you don't make the needle bounce.

With a stereo spreader, you can push the stereo field of your track further to the outsides, giving your song more width.

One thing you'll likely notice when you compare your unmastered mix to a professionally mastered track is that yours is much narrower .

With stereo widening, you can almost wrap the listener in your song. However, you must be careful not to push it too wide, as you can create unwanted phase issues.

Limiters are probably the most misunderstood plug-ins out there. While many engineers used to slap limiters on their tracks and crank them as loud as possible, modern streaming services are fighting the loudness wars .

While you want your master to be loud, you also want it to be dynamic.

If you want a more in-depth look at what kinds of processing to use in your mastering chain, check out our recent article .

Do I Need to Master My Album?

Mastering is not some magic art form that can transform a poorly mixed track into something incredible. However, it IS the final polish that can prepare your album for release.

There are a few main reasons artists send their albums out for mastering, including having fresh ears on the album project and intentional finalization.

A great mastering engineer will ensure your album is consistent, cohesive, translatable, and clear, no matter what system it is on. Remember, this is their job, and they want to be intentional with each decision they make.

How Much Does It Cost To Master An Album?

The cost to have your 10-song album professionally mastered can cost anywhere from $500 to $2,000 or more.

Of course, not all artists have this kind of money lying around, which is why many turn to online mastering services like eMastered .

Our AI mastering technology was designed by professional mastering engineers to provide clean, clear, punchy masters regardless of genre. It's fast, easy, and affordable, perfect for artists who can't afford to shell out hundreds or thousands of dollars for mastering yet want that professional touch for release.

Should I Use The Same Project To Master My Album?

We recommend using a specific mastering session for your album so that you can compare each track you master against the other tracks in the same session with ease.

In this instance, each "track" in your session will have one song. We recommend arranging your songs in the order they will be in on the album so you can visualize and listen to them in succession.

Of course, instead of processing the mix bus, as that would impact all of the tracks at once, you would want to load up your processing on the individual tracks . You can use the same plugins for each of the separate songs, though you will likely have to adjust various parameters to get them to sound right.

When it comes to album audio mastering, you need to be detailed to make sure all your mixes translate properly.

Here is a small checklist you can use to ensure your album release sounds good and is accessible to everyone who wants to listen to it:

So many artists focus on the mixing and recording process, seemingly treating mastering as an afterthought.

However, mastering is crucial for a professional-sounding album. Making sure your final mixes are leveled and EQ'd similarly is part of the process. However, at the same time, mastering will not save bad mixes.

It is equally important to have great songs, quality arrangements, and solid mixes. Once you have those, you'll be well on your way to a professional album.