What are LUFS: The Complete Beginner's Guide 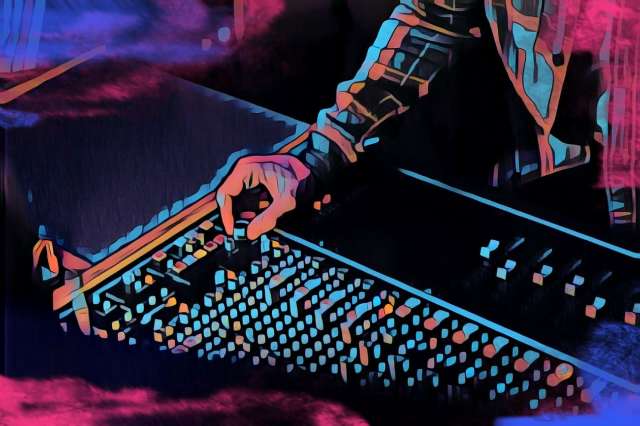 Have you ever listened to a song that quickly became so loud you had to race to turn down your headphone level? This situation can be annoying, to say the least, but nowadays, you're less likely to experience a huge volume change due to the development of LUFS.

LUFS are loudness units that present one of the most accurate ways of measuring loudness for audio played on streaming services, film, and TV. But what are LUFS exactly? And how can we use them to accurately measure loudness while mixing and mastering?

Below, we'll detail everything you need to know about LUFS so that you can create ideal audio loudness while building your beats. Let's dive into it!

LUFS are units of audio loudness. The acronym stands for loudness units relative to full scale. Essentially, it's a standard way of measuring audio that blends the perceived loudness from human hearing and the true intensity of an audio signal together.

LUFS allow industry professionals to set average loudness standards for applications in film, TV, radio, and streaming services. Two pieces of music or audio at the same LUFS level should have the same perceived loudness. This is why it's easy for you to shuffle your entire music library without having to make significant manual adjustments to your volume levels.

Different platforms all have preferred LUFS readings to help keep the listening experience consistent for their users. For all intents and purposes, LUFS stands as the most accurate way to measure audio since it factors human perception into the mix, unlike other audio production-level units like RMS.

The Importance of LUFS

LUFS are incredibly helpful for creating a standard, consistent sound for all things audio. While different audio applications will require varied standards across the LUFS scale, you can depend on most audio outlets to undergo some sort of normalization process. Loudness normalization simply makes it easy for different pieces of audio to have the same average level.

This way, when you move from one song to the next on Apple Music or Spotify, you won't have to adjust your volume accordingly. The target level is already taken into account during the mastering process to account for the needs of each streaming service.

Using LUFs is a much more accurate form of audio measuring tape than using something like peak measures. While taking maximum peak measurements into account is important for preventing clipping while mixing and mastering, it's not going to give you an accurate reading of the consistent levels of a piece of music. For these reasons, any sound designer will rely heavily on a composition's LUFS reading for a clear sense of an audio signal's loudness level.

LUFS are the current golden standardized measurement for audio levels, but they aren't the only loudness unit out there. In music production, you might also come across RMS readings. It's crucial to understand the difference between LUFS and RMS .

Unlike true-peak measurements, RMS reads the consistent volume of audio output, just like LUFS. It stands for Root Mean Square, and essentially, RMS measures the average volume of a section or the entire duration of a clip.

While this is a fairly accurate way of measuring loudness, utilizing LUFS as standard loudness units is usually superior since LUFS takes into account music's perceived loudness along with the average audio reading.

LUFS are able to analyze an audio file more accurately by utilizing Fletcher Munson curves. This curve, also referred to as equal loudness contours, describes the physical relationship regarding how we perceive sound.

This is an oversimplification, but one discrepancy between LUFS and peak or RMS readings is that the human ear can more easily hear mid frequencies than low range frequencies. Therefore, it's possible to have a mix with a high RMS or average loudness reading and a low LUFs level.

You could have plenty of bass on the track which brings up the average volume, but since it's more challenging for the human ear to perceive those differences than say, a mid-range instrument like the guitar, the LUFs level ends up being lower.

This is why mixing and mastering aren't just about loudness. A great audio engineer takes into account dynamics, human perception, and overall level balance between all the tracks.

Note that different streaming platforms will normalize to different LUFS values. It's essential for music producers and audio engineers to have a keen awareness of these differences while mixing and mastering to produce optimum loudness levels for streaming services.

It's not uncommon to have separate masters for different audio applications. Here's a general guide to LUFS for popular streaming sites. These aren't necessarily targets, just important to understand within the context of mixing. For instance, in the case of Spotify, your music will be turned down if it's louder than -14 LUFS.

When it comes to prepping a mix for streaming services, engineer philosophies vary across the board. That being said, it's essential to balance levels correctly and take the LUFS loudness specifications into account so that listeners can experience your audio with the same level of dynamic contrast across platforms.

When you look at a LUFS meter, you'll see several different values. Here is the basic lowdown on the different types of LUFS so that you can properly understand loudness meters.

Integrated LUFS is designed to analyze a specified amount of audio and provide an accurate, average reading of the LUFS. This average LUFs value is one of the most important values used in the mastering process.

Short-term LUFS analyzes a shorter section of an audio file, rather than integrated LUFS which are designed to look at the bigger picture. For instance, you may expect to have different short-term LUFS values between a verse and chorus since there's usually a wide dynamic range between these two sections.

Momentary LUFS are the most short-term measurement of LUFS.  These snapshots can help provide an accurate LUFS reading for individual moments in a track but aren't representative of the track's overall LUFS reading. It's possible to register identical LUFS readings with short-term and momentary LUFS, but this is less likely with the more holistic integrated loudness LUFS.

You can't talk about LUFS or mastering levels without talking about the loudness wars. While a lot of this outdated philosophy has been mitigated due to streaming platforms' normalization processes, it's important to discuss the history behind this phenomenon.

Before normalization, there was a largely held belief that a "louder" song almost always sounded better. Therefore, many mastering engineers sought to pump out mixes that were as loud as possible to help a track shine. The loudness range across music was all over the place since loudness matching wasn't standardized through an audio platform.

However, when streaming platforms created normalization processes so that songs would be played at the same level, being "loud" mattered a lot less. If your track is louder than Spotify's threshold, for instance, the platform will just turn down the average level of your track.

In doing so, you sacrifice a lot of a song's dynamic range, thereby stripping it of a lot of character and depth. It's a lot easier to preserve dynamic range in a less compressed tune, which is why some mastering engineers won't compress near the LUFS threshold for different audio outlets.

Normalization has ultimately made listening more enjoyable for the average listener and saved a lot of ears. While engineers need to adapt to new levels, the quality of a song will depend much more heavily on the song itself and not on how loud it is.

How To Measure LUFS

The best way to measure LUFS is to utilize a LUFS metering plugin so that you can get an accurate view of the audio levels through the LUFS meters. These plugins are designed to evaluate audio using average volume levels and the perception of loudness based on the Fletcher Munson Curve.

LUFS showcase different types of loudness including integrated loudness, short-term loudness, and momentary loudness all outlined above. These measurements should all be taken into account when reading LUFS meters. While measuring LUFS, you're primarily trying to create a balanced but dynamic mix with enough loudness to adhere to the individual specifications of different audio outlets.

Note that the meters in your DAW don't necessarily account for LUFS. These are typically designed to provide RMS readings, which is why it's so important to have a trusty LUFS metering plugin at your disposal.

Without further ado, here are some of the best LUFS metering plugins to take into consideration. These plugins all provide accurate LUFS readings so that you can produce a mix with the maximum level of loudness in relation to outlet specifications while still retaining dynamic range in your tracks.

Loudness Meter by YouLean is free, though there's also a paid version of the plugin. The interface is clean, easy to use, and most importantly, accurate. With the plugin, you'll be able to instantly scan for true peaks, dynamic range, and see short-term along with integrated LUFS measurement.

LEVELS by Mastering the Mix

This clean LUFS metering plugin from Mastering the Mix provides you with plenty of information at an incredibly reasonable price. The clean UI makes it easy to identify issues with the track, and the plugin will even go so far as to offer you specific suggestions for cleaning up your track's balance, making it a powerhouse especially for beginners.

Within the intuitive interface, you're able to check peaks, loudness range, the stereo field, and of course, accurately meter your LUFS. There's also a bass space mode for checking bass levels which might be particularly useful for EDM or electronic producers.

Another great option is WLM Loudness Meter by Waves . This plugin comes at a great price and has a clean, easy-to-understand interface so that you can quickly get a reading with a quick glance at the plugin. It has a number of presets for both music and film so that you can easily cater your audio to your needs. The interface is focused on showing short-term LUFS, Integrated LUFS, and dynamic range though there are plenty of fine-tuning controls for a meticulous master.

Not every music producer should or wants to master their music. Unfortunately, hiring an in-studio audio engineer for indie artists can be quite an expense, especially if you're just starting out. Thankfully, there's also another quality, inexpensive alternative for mastering your mixes.

You can use tools like Emastered which employs a very effective algorithm designed by Grammy-winning engineers to master your music. Our highly attuned mastering suite ensures that you won't miss out on quality for a fraction of the cost of hours in the studio.

Understanding LUFS is an essential part of furthering your knowledge as a music producer or engineer. LUFS measurement makes it much easier for engineers to craft consistently smooth audio across platforms, and with loudness metering and a bit of experience, you can do it too.