LUFS vs RMS: Which One to Use and Why? 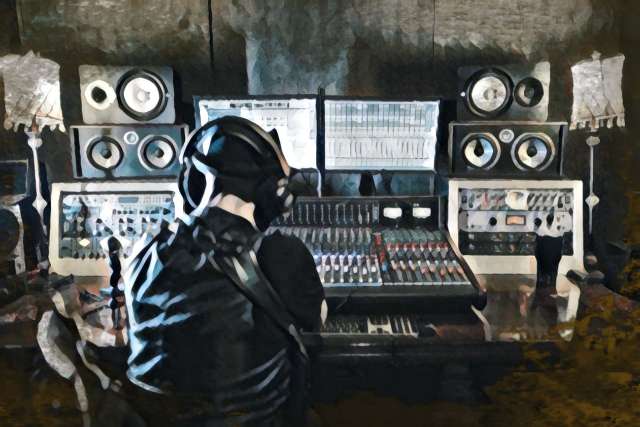 If you're in the audio world, it's important to understand the difference between various loudness units. Two of the most common types you'll come across are LUFS and RMS levels but how do LUFS vs RMS compare? While both loudness units provide valuable sources of information, they serve as distinct measurements.

Below, we'll detail the differences and similarities between LUFS and RMS so that you can use each loudness unit with confidence. Let's dive into it!

RMS is a unit for measuring audio. It stands for root mean square, which refers to the formula used to calculate RMS. Essentially, RMS measurement is defined by the average levels of loudness throughout a track or clip of audio. RMS level was long used as the standard, though they are now replaced by LUFS values when it comes to producing masters that sound pleasant on streaming outputs.

An RMS meter calculates the average signal power of an audio clip. You probably still use RMS meters while mixing music , though you'll still need LUFS meters throughout the mastering process. For instance, you can find RMS metering in Ableton Live:

What are LUFS anyway? This relatively new form of measurement is the new golden standard for measuring loudness. It stands for loudness units relative to full scale. You might also see LUFS expressed as LKFS, which stands for loudness, K-weighted, relative to full scale. These terms are synonyms for each other, though expression as LUFS is more common.

LUFS are similar to RMS in that they take average loudness into account. However, LUFS also factor in perceived loudness when measuring audio loudness. Perceived loudness is based on the way that humans naturally hear sound.

Since human perception can affect audio levels and the feel of an audio signal, LUFS are usually the standard form of measurement. In short, LUFS measure average loudness while taking our perception of sound into consideration.

You can measure LUFS by using a LUFs meter to measure loudness in your DAW. These meters take in the average level of volume for your specified section and create a reading based on the Fletcher Munson Curve:

This accurately outlines how the human ear perceives an audio signal across the frequency spectrum. Due to the way sound waves hit our ears, certain frequencies are easier for us to perceive. For instance, we naturally hear mid-range frequencies louder than ultra-low or high sounds.

Therefore, a perfectly "balanced mix" won't necessarily sound balanced to the human ear, since we hear mid-range sounds louder. Our perception of audio levels changes based on frequency or pitch, which is why the nuance of LUFS is so important.

Mastering and the Loudness Wars

To understand the development of RMS and LUFS, we have to take the time to understand the loudness war. Before the popularization of streaming services, many audio engineers decided to start mastering their songs at the highest decibel level possible. The thinking behind this was that we generally perceive sound that's louder as better, so the louder the song, the more it will stand out amongst the rest of your music library.

The loudness war also probably accounted for some hearing loss, since listeners would be forced to manually adjust the volume level of their music since it could be completely different from one track to the next.

Thankfully, the age of streaming services like Apple Music and Spotify mitigated this by creating a process called normalization. Nowadays, streaming platforms will algorithmically adjust the LUFS level of music so that individual tracks don't vary widely in decibels, regardless of what genre of songs you're listening to. Listeners can also enjoy the more dynamic range , since songs aren't crushed by overusing compression throughout the mastering process.

This has changed the atmosphere of music production and promoted more dynamic mixes and masters. Here's a quick graph of LUFS normalization by streaming outlet as a reference:

For this reason alone, it's incredibly important for musicians and audio engineers especially to be conscious of audio loudness throughout the creation process. These maximum level standards set by streaming platforms will only be used during the mastering process, but with an equalized listening landscape, LUFS have effectively updated the way we create music for the better. A song isn't good because it's loud, it's great because it's an excellent song.

RMS and LUFS: Which One Is Better?

So, should you measure sound with RMS or LUFS? In short, it depends, but the LUFS standard is widely accepted as the golden beacon across TV, film, music, and radio stations. If you're mastering in today's age , there's no way around using LUFS metering. Ultimately, this is for the best since LUFS normalization has revitalized dynamic range in sound and made for a smoother listening experience for the everyday listener.

That being said, when comparing RMS vs LUFS, LUFS is still relatively new. RMS levels can still provide a helpful measurement while producing and mixing. LUFS may be the superior metering system since it takes the limitations of human hearing into account, but that doesn't mean that you shouldn't understand RMS levels and the LUFS scale.

Hence, RMS and LUFS are both valuable forms of loudness units. While each loudness measurement has its own application, these are both important terms to understand whether you work in the film, TV, radio, or music industry.