Mixing vs. Mastering: The Ultimate Guide 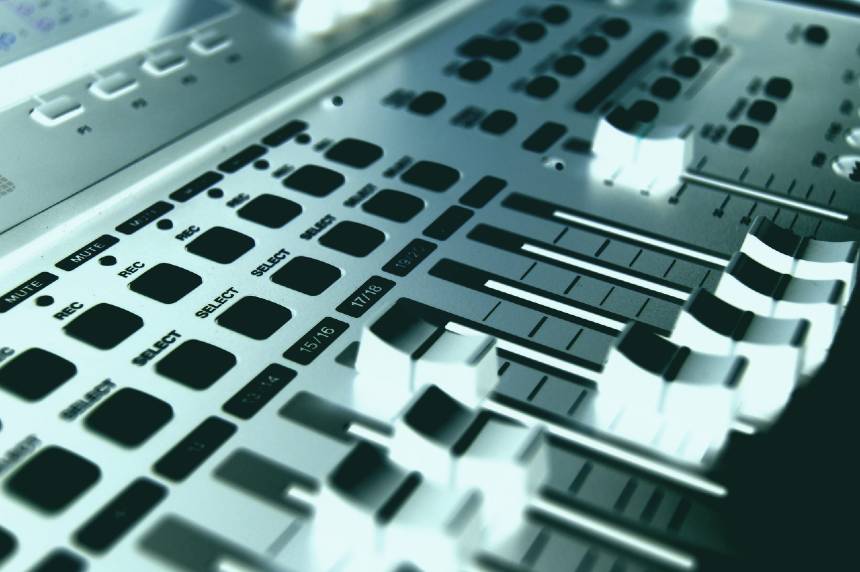 Understanding the differences between mixing vs. mastering can get confusing. After all, these words are often used interchangeably by newcomers to the music industry, though they are entirely different processes.

In this guide we'll share the key differences between the mixing and mastering process so that you can expand your audio post production knowledge.

Mixing is a broad topic that deserves it's own piece, but the basis of the process is combining, balancing, and finessing individual project tracks after recording the elements of your song . Mix engineers are instrumental in deciding the levels of recorded tracks and have a variety of duties. This may include combining individual tracks, adding elements of music production to elevate the song, and balancing individual instruments so that they fit within the context of an entire song.

The mixing process can be completed by one mixing engineer or several depending on the scope of the project. Once a track is bounced out to its final mix, the finished mix is typically handed over to a professional mastering engineer as the final step in the process.

Audio mastering is a more simple process than mixing, though it's an art form in itself. Professional mastering involves elevating an entire mix so that it sounds like a cohesive whole composition when put on a variety of playback systems. Mastering engineers work with a single file or multiple tracks depending on the musical composition. The process of mastering simply polishes the preexisting mix - therefore a bad mix cannot be transformed into a good master.

As long as the mastering engineer receives a well designed track from the mixing engineer, he or she should be able to increase the perceived loudness of the track , catch mistakes, and put any finishing touches on the song. Mastering is the last stage of the audio production process.

Mastering engineers can be difficult for some indie artists to afford since their success relies heavily upon endless years of experience. Luckily, services like E-Mastered provide affordable, credible ways to master your music without emptying out your wallet.

Mastering is Focused on Subtle Changes

Unlike mixing, mastering simply enhances the track as-is in order to create the most balanced playback on a variety of devices. Meanwhile, a mixing engineer could completely change the mood of a track depending on his or her direction. Mastering uses subtle broad strokes usually applying changes to a single stereo file while mixing a composition utilizes each of the recorded tracks of a song.

Since mixing involves more individual elements, it can be considered more complex than mastering. With that in mind, that certainly doesn't make it easier than the mastering process. Mastering and mixing can each take years of training to pin down, and oftentimes, the respective engineers never stop learning.

Mastering is a More Technical Process

Since mastering is the final stage in creating a professionally produced song, it's highly technical. Mastering engineers have to deeply understand the technical requirements for stereo file playback on a variety of platforms, which are ever-changing. Mixing professionals are usually working with more musical elements which allows them to make more creative decisions in music. Many find that a quality master can also require much more expensive gear than mixing, though mixing can get plenty pricey as well.

There is a desired order when it comes to creating music for good reason. Mixing and mastering cannot be interchanged since a master only highlights the elements of a mix. Therefore, any mistakes need to be fixed in the recording or mixing stage of the process . If you have a bad mix, you'll only create a poor master.  Mastering is basically polishing a mix, a mix is balancing a recording so that it can be heard in the way it was intended by the artist. While recording, it's not uncommon for a mastering engineer to request a fix in the mix, and subsequently an updated stereo mix in order to get the most out of a particular track.

Mastering Takes Into Account the Full Song Rather Than Elements

Mastering takes a bird's eye view while mixing is more in the weeds. During the mixing stage, songs are picked apart and emphasized or corrected, to create a cohesive listening experience. Mastering engineers typically take a single stereo mix and polish it so that it has a professional grade stereo enhancement, and plays back well on different speaker systems. Mastering engineers are also responsible for delivering songs so that they make sense within the context of an album or musical project.

A mixing engineer's home studio needs to sound as accurate as possible so that he or she can make creative choices without having a filtered view of the song. While mastering engineers will take a similar approach, they'll also take the time to listen to a song in a variety of playback environments to ensure that it holds up outside of a professionally treated recording  studio.

Not Every Audio Engineer is Qualified for Both Processes

One of the biggest misconceptions when it comes to the difference between mastering and mixing is that one producer or engineer can do it all. While this is entirely possible, each take their own set of skills that are sometimes best performed by an individual who dedicates themselves to one particular part of the process. Don't forget the saying that "a jack of all trades is master of none".

Mixing and Mastering: What Do They Have In Common?

While there are plenty of difference between mixing and mastering, there are a couple of key factors the two phases of music production have in common. Here's a couple of things you'll find in both stages of the composing process.

They Both Take Plenty of Time To Learn Properly

While mixing and mastering certainly have their own individual complexities, both require a lot of time, training, and practice to learn properly. Mixing and mastering aren't just skills you pick up overnight. In fact, the best way for an to build a trained ear is over time with plenty of exposure to songs in different genres. One song will have a radically different approach than another: A mixing engineer or mastering professional both understand the importance of being flexible in their process.

It's important to note that each process requires the other - The mastering engineer needs a professional mix in order to maximize the overall balance of a track, and the mixing engineer needs mastering to help the artist's vision truly come to life. One process is not more important than the other, as the sound would truly suffer without either of the two processing methods.  A song sounds unbalanced without mixing, and unpolished without the help of mastering studios.

Both Mastering and Mixing Can Take Up Endless Amounts of Time

As with any step of music composition, mastering and mixing are oftentimes subjective processes that can take plenty of time or no time at all depending on how a song sounds. A mixing engineer usually has more of an artistic touch with more tracks to deal with, but mastering can take much more technical training and testing since it's the final stage of the composition process.

If you're still having trouble understanding the difference between mixing and mastering, check out this quick guide of commonly asked questions. We'll do our best to provide some answers so that you can build your skills as a budding mixing and/or mastering engineer.

Mixing and mastering are both integral parts of the music production process. Mixing certainly requires more steps than mastering, though that doesn’t necessarily mean it’s more important or easier to accomplish. Mixing creates the balance of a composition and mastering elevates the final version of a song so that it’s radio ready.

Is mixing or mastering harder?

Mixing and mastering are both difficult to understand and perform at a high level. Mastering is typically a more simple or straightforward process than mixing, but that doesn’t mean that it is easier or deserves less attention. Mixing and mastering both require their own separate set of skills and thought processes.

Do producers mix and master?

Plenty of producers mix and master in today’s age, especially since DAW technology has been democratized. That being said, there are still plenty of engineers that solely devote themselves to one part of the process rather than becoming a jack of all trades.

How long should a mix be before mastering?

It doesn’t necessarily matter how long a mix is in relation to a master. Rather, mixing engineers should focus on creating a certain amount of headroom in order to produce a well-balanced master. Mixes should be as close to the ideal final track as possible since it’s more difficult to amend errors in the mastering stage than the mixing stage.

How long does it take to learn mixing and mastering?

Mixing and mastering are each individual arts that could each take years to fully understand. That being said, the best way to learn is by practicing on a regular basis, so those willing to put in consistent effort can learn at a faster rate.

What does mastering do to a mix?

Mastering can be thought of as adding the final touches to a mix so that it sounds its best on a variety of speaker systems. Typically, this includes leveling out the overall amplitude of the track, compressing, and removing any general harsh frequencies with an equalizer.

Can you mix and master at the same time?

While you aren’t necessarily mixing and mastering at the same time, undoubtedly the changes you make while mixing will inform while you master a song. Mixing should be approached as finding the right balance between your instruments. Mastering is elevating the balance for radio-ready listening.

How long does it take to mix and master a song?

The time it takes to mix and master a song varies greatly. It’s likely that you’ll run through a couple of mixes before landing on your final one. Oftentimes, problems in a mastered version of a track are only solved through the mixing stage, so you may need to go back to the drawing board.

Should you mix and master your own music?

Even if you’re set on hiring a more experienced audio engineer, it’s a good idea to learn how to mix and master your own music. Doing the process on your own will help you communicate more effectively with others within the audio sphere and it’s a great skill to cultivate over time.

Breaking down the differences of mastering and mixing can be confusing, but hopefully this article brings you one step closer to truly understanding the difference between mixing vs. mastering. Enjoy learning these essential but separate elements of the audio post production process.