What is Gain & How It Differs from Volume 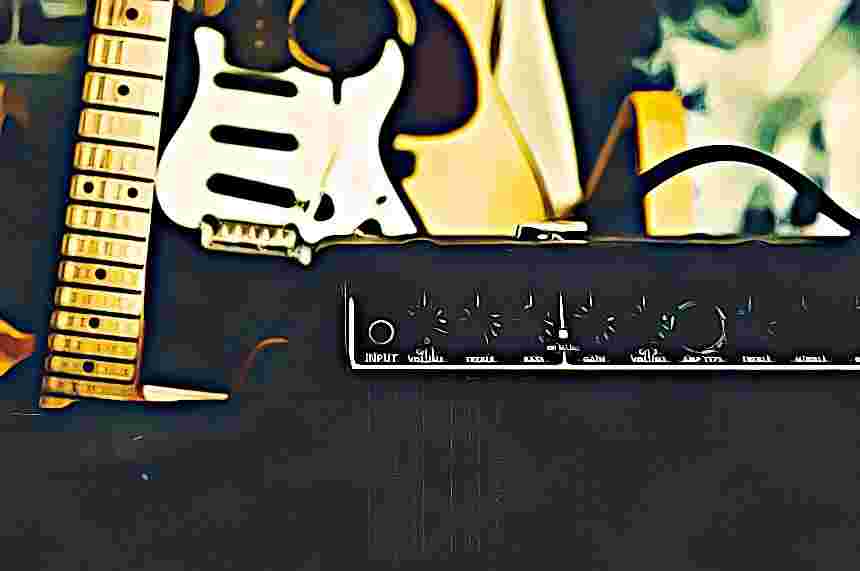 One of the biggest questions we often see from beginner mixing engineers and producers is,

What is gain and how does it differ from volume?

Having an understanding of the differences is crucial and can alter the way your mixes sound for the better! Continue reading to find out how you can craft better mixes with a proper understanding of volume and gain.

If we look back to the days of analog, we can see that gain was relatively straightforward in the definition. However, now that we're working with audio in the digital realm, the definition of gain has new complexities to consider.

Because several of the plugins we use mimic analog gear, we still have to consider the old properties of gain while noting how it works in the digital realm.

When many people think of gain, they think of the output signal level of a sound system that comes out the speakers. Your compressor plug-ins likely have a "makeup gain" function. While that particular nob knob might read "gain," it is really just a fancy way to say output volume.

The true definition of gain from the analog audio days is the input level. of the audio signal. In essence, the gain control is what you alter prior to entering other forms of processing. Making a gain adjustment can drastically alter the tone of your audio signal.

For example, you might find a gain control on your microphone preamp. You can use this gain knob to change the level of the microphone. Your console or audio interface will react differently depending on how high or low you set your gain.

You can find the same thing on a guitar amplifier. Most guitar amps have a volume knob and a gain knob. You can use the gain knob to change the voltage going in to get a bit of grit and distortion.

In fact, the first cases of distortion came from guitarists overloading their preamp sections on their amplifiers, which is why many people refer to gain as "distortion."

Volume, sometimes referred to as "amplitude," is a sound system's dB output. Essentially, it is the level of the music coming out of your speakers.

In the world of mixing, the volume of a signal is the audible level of the source you are sending out of your speakers.

Using an amplifier for your bass or guitar?

The volume knob is what controls the output volume of your amp's speaker or speakers. The same thing goes for the volume knob in your car sound system.

The crucial thing to note is that the volume will not alter the sound coming out of the speaker, as it is not a tone control. Volume simply controls the loudness or amplitude of your system.

Gain Vs. Volume - What's The Difference?

The differences between these two terms might seem simple, though people often complicate the difference. To make it simple for you, gain is the level of your audio going into a system while the volume is the level going out of your system.

Gain gives us the ability to alter the sound of a voice or instrument by driving the circuit in which it is entering, while the volume control allows us to adjust the overall loudness of your audio without changing the tone.

What Is Gain Used For?

Gain is used for a variety of things in the world of audio, but one of the most important things that gain control is used for is getting the right level going into a system. That is the difference between it and volume.

For starters, you can use the gain control on your microphone preamps to boost the level of your microphone going into your system. Microphones use what is called a mic level signal, which is a very low signal with less amplitude than line level signals, or instrument signals.

So, whenever you plug your microphone into your console or interface, you must boost the input. It is important to note that, in the world of audio, you are constantly dealing with what is called a noise floor , which is noise produced by electronics and other various components. If you don't give your microphone enough gain at the input stage, then the level of your microphone will sit too close to the noise floor, giving you a low signal to noise floor ratio .

Use a pre-amp to increase the level of your mic signal going into your system so that you get the valuable signal you want in your recording without all of the noise.

Another reason that you want to make sure your gain is set correctly is so that it hits your analog-to-digital converters at the optimal level.

In short, an analog-to-digital converter, otherwise known as an ADC, converts electronic signals (analog) into signals that your computer can read (digital). To get the highest-fidelity recording, it is important that you give your system the loudest possible gain without heading into the red (otherwise known as clipping).

Of course, that is not to say we can't push gain to the point of distortion for a desired effect. Consider the fact that many guitarists use gain on their guitar amplifiers to push the internal electronics and get a heavy, saturated, and distorted tone. As a guitarist, you can do this by placing a boost pedal or overdrive pedal in front of your amplifier to raise the level of the sound going in and reach its distortion point.

This technique is not only limited to an amplifier, however. John Lennon famously ran his guitar signal into the pre-amp on the mixing console with a high input setting to get the fuzzy tone you hear on "Revolution." Talk about an excellent guitar tone without an amp.

In summary, there are three main ways in which you can use gain:

What Is Gain Staging?

In the world of mixing, engineers will often talk about the importance of gain staging. This term, which floods online mixing forums, is often misunderstood.

Gain staging is a crucial part of the mixing process in which you make sure all of your tracks are roughly at the same level prior to applying processing. As you continue processing through your mix, you will use gain staging after each plugin to maintain consistent volume.

For example, if you decide to compress a signal, you will likely lose a bit of volume. To compensate for that loss, you will use the makeup gain control to boost your signal back to its original volume so that when it enters the next plugin, it is doing it an optimal level.

Gain absolutely affects the sound quality, as it determines how your system is reacting to the signal that you are feeding it. If your gain is too low, you'll get tons of noise. If it's too high, your system will clip or distort.

What Happens If Gain Is Too Low?

If your gain is too low while recording audio, you will end up with a low SNR ratio, which will impart a lot of noise in your signal path. Your system won't get the voltage it needs to convert your analog signal into a high-fidelity digital signal that your computer can use.

Is Gain The Same As Distortion?

In audio, gain is the amount of input you give a system, whether it is a console, an interface, or an amp. Distortion is the sound that you get from your console, interface, or amp if you push it too far, which is an important distinction to make when looking at the difference.

What Happens If Gain Is Too High?

If the gain is too high at the input stage, your audio will reach the point of distortion or clipping. This can be a good or bad thing depending on what you are going for, as you might want to get some distortion with an amplifier, though you might want a clean tone for digital audio.

How Is Audio Gain Calculated?

Gain sets the input levels for a system, meaning it does not alter the output wattage. An amp, for example, will put out full power regardless of what the voltage is set to, meaning you don't have to overload your amp's inputs to get more volume.

What Should I Set My Gain To?

Since most systems coordinate color with the amount of gain, green being the lowest, yellow in the middle, and red representing clipping or distortion, it is best to set your gain so that you are right where green meets yellow to get the most out of your music.

If you drive an amp or console with tons of gain, then you will get to the point of distortion. Essentially, you can use gain to adjust the loudness of your signal entering the system depending on whether you want a clean or distorted tone.

How Do You Gain Stage?

Just because you turn up the gain higher does not mean that you will have more power. Power is determined by amplitude or the output. Gain is the input portion of the two stages, determining the tone of your audio, while the output stage determines the volume of your audio.