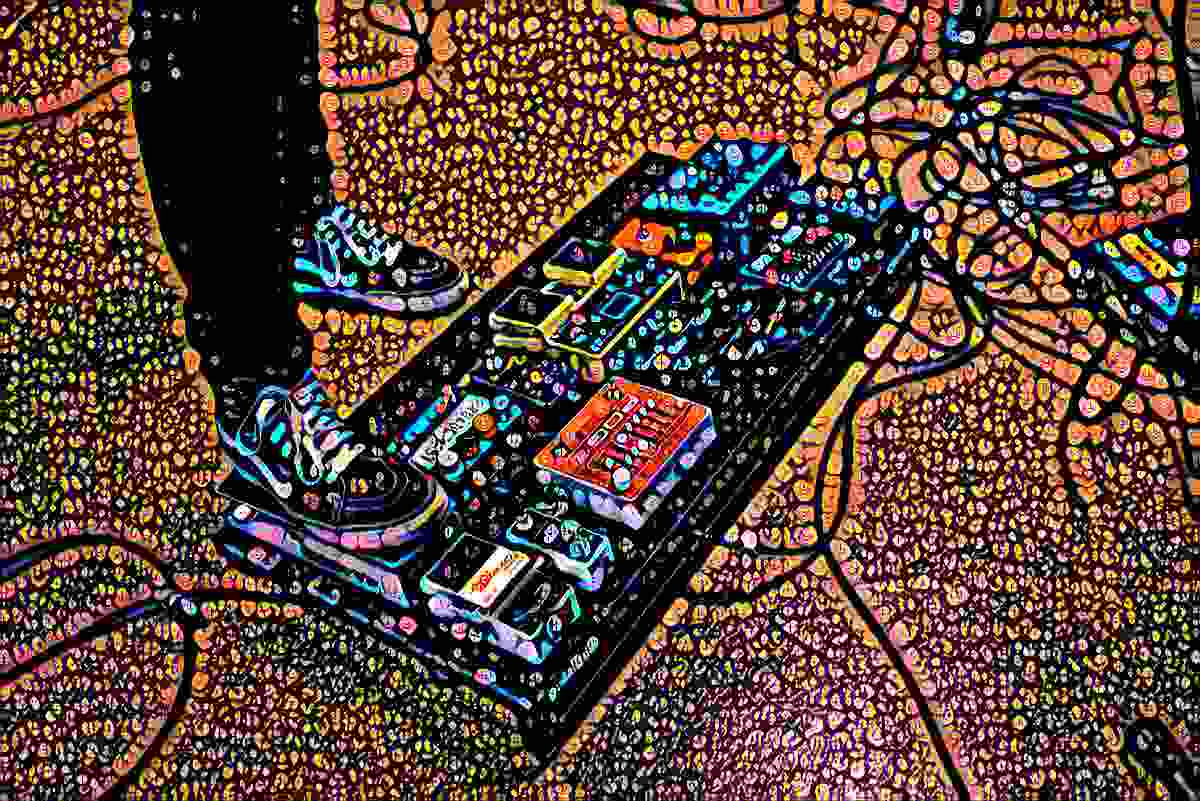 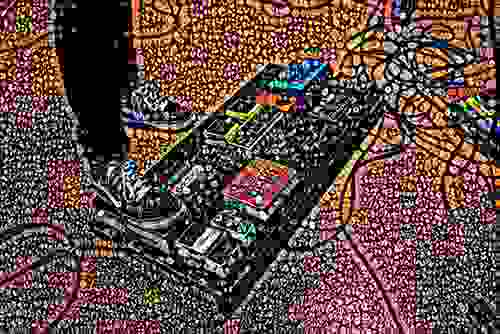 It might seem quite obvious, but if there is one pedal every guitarist needs to own, it is an overdrive pedal. Many guitarists own three or more overdrive pedals, as they generally have unique tones and can be ordered in different ways to create exciting sounds.

To help you find the best overdrive pedals for your needs, we’ve rounded up a list of our 5 favorite guitar pedals, covering a wide variety of tones. From in-your-face fuzz to sweet, mellow boosts, here are our overdrive essentials.

Why Do I Need An Overdrive Pedal?

Back in the day, the only way to achieve overdrive was to push a tube amp to its saturation point to get the clipping sound . Of course, for many guitarists out there, pushing a tube amp to 11 isn’t the most practical solution. Some of us don’t even have amps that sound great at unholy amplitude levels.

This is where the overdrive pedal comes in.

Whether you’re playing blues, rock, country, metal, pop, or any genre in-between, an overdrive pedal can help add rich harmonic saturation and coloration to give your tone more character.

If you play heavier genres, such as hard rock and metal, stacking overdrive pedals behind distortion pedals is key to getting a dense, complex clipping sound.

The Fulltone OVD V2 is one of the top overdrive pedals on the market today, used by guitarists all over the world. Over the years, this particular pedal has built a reputation as one of the best stack-in-a-box pedals on the market. It is a prime overdrive pedal with ultra-responsive controls, and a rich harmonic character for honing in on that “amp pushed to 11” sound.

With high-pass and low-pass controls on the interface, you can tweak your tone to your liking. After a long wait from the first iteration of the Fulltone OCD, which was released more than a decade ago, the company finally added an output buffer. Now, users don’t have to worry about the pedal’s tone being tainted with other pedals before or after it.

Fulltone has also introduced Class A configured discrete 2N5457 JFET section for the input, increasing the dynamics and raising the input independence. Users can also switch between true bypass and enhanced bypass, depending on their preference.

If you’re in the market for a flexible and responsive pedal that captures the essence of classic rock, there is no better choice than the Fulltone OCD V2.

EarthQuaker Devices has been delivering radical pedals for years at this point. While many boutique companies continue to churn out Tube Screamer clones, we weren’t surprised when EarthQuaker decided to take a unique approach.

The EarthQuaker Devices Palisades is built on the classic TS808, though it has a wide variety of controls onboard, allowing guitarists to manipulate the sound to their heart’s content.

With the large, built-in rotary knobs, you can choose between five bandwidth settings and six clipping voices. Even before tweaking, you essentially have 30 different characteristic variations to mess around with. Such a wide range of overdrive tones can feel a bit overwhelming, which is why we highly recommend this pedal for overdrive experts. With so many different controls on the face, the initial control attempts might feel daunting.

One unique thing we love about this pedal is the two-channel gain paths. You can set up two different paths and easily switch between them, perfect for live performances when separate instances of clean and dirty gain tones are needed.

From fuzz to distortion to transparent and straightforward boosts, you’ll find just about everything you need in this feature-packed pedal.

If you’re looking for thick, grungy, doom tones, no pedal can put it all out there quite like the Catalinbread Sabbra Cadabra. Not only does the pedal design look fantastic, but it also helps add hefty, treble-boosted overdrive to your guitar like it’s nobody’s business.

The pedal is modeled after Tony Iommi’s Rangemaster, which he used to feed in Laney Supergroup amplifiers. Rather than needing to boost your amp to 11, you can get “rig of doom” tones without getting angry calls from your neighbors.

The presence, volume, and gain controls are pretty standard. The magic lies in the addition range control, giving you the option to boost frequencies across the entire spectrum or focus on the high end. It’s a great control to experiment with depending on the type of sound or vibe you are going for.

As with many Catalinbread pedals out there, the Sabbra Cadabra is engineered in a way that guitarists can take full advantage of their pickups and pots, churning out unique and creative tones. Doom players often play with high-gain tube amps and detuned guitars, which is truly where this pedal shines.

If you have a lot of cash to blow on a single overdrive guitar pedal that will give you just about every tone you can think of, the Origin Effects RevivalDrive is an excellent choice. The unique thing about this particular pedal is that it puts the sound of a classic amplifier in an entirely variable, easy-to-control format.

You can toggle between the two channels using the one-foot switch and initiate true bypass using the other. Both channels have identical sets of controls, though one of the channels is based on a solid-state rectifier while the other is based on a valve rectifier. Essentially, you get two completely different variable responses packed into one pedal.

The solid-state Silicon channel has a very tight and aggressive sound, much less squishy and compressed than the Valve channel. Whether you want to create an overdriven tone that acts as an extension of your amplifier (or mimic the overdriven sounds found on Fender and Marshall amp models), the Origin Effects RevivalDrive can deliver a vintage cranked amp sound that is both practical and versatile.

Of course, the price tag might scare people off. However, if you consider the fact that you’ll probably never need to repurchase another overdrive pedal, it might make sense to invest in a single, wildly versatile unit.

The company was able to pack three simple control, overdrive, tone, and level, onto a smaller unit that doesn’t take up nearly as much room on a pedalboard as the original.

The tiny TS Mini is manufactured in Japan and comes with the JRC4558D IC Chip, the coveted TS808 chip from the original. When you play through the Tube Screamer Mini, you can hear the history of iconic sounds. It helps beef up single coil guitars and allows mids to cut through the densest of mixes. While it may not be as smooth as the original, it is very faithful to the original 80s pedal.

You can easily dial in additional attack and distortion by cutting the volume on your amp and boosting the volume and gain on the Mini. Plus, when you’re paying half the price of a full-sized Tube Screamer, you really can’t beat this little monster.

Overdrive Vs. Distortion – What’s The Difference?

It is worth noting that distortion and overdrive are often linked together, as they share many of the same qualities. If you push a guitar signal hard enough using an overdrive, you can get into the saturated and aggressive realm of distortion.

However, where overdrives truly excel is with their ability to act responsively. Whether you are adjusting your volume and control knobs or moving from picking to fingerstyle, an excellent overdrive pedal will react accordingly, keeping your playing more dynamic.

When you dial in the right amount of gain using an overdrive pedal, you can add a bit of color to an otherwise lifeless tone or give a lead enough bite to help it cut through a mix. Distortion is far less expressive, perfect for when you need compressed, in-your-face, harmonically dense tones.

Finding The Right Overdrive Pedal For Your Needs

With so many pedal manufacturers out there making overdrive pedals, it might feel like the market is a bit over-saturated (no pun intended), which can make it challenging to find the perfect overdrive for your needs. All overdrive pedals have a unique flavor, meaning those unfamiliar with the world of overdrive might not be sure where to start.

We hope that these five overdrive pedals helped narrow down your choice so that you can spend less time scouring the dark world of Internet gear forums and get experimenting with sweet, juicy overdriven tones.