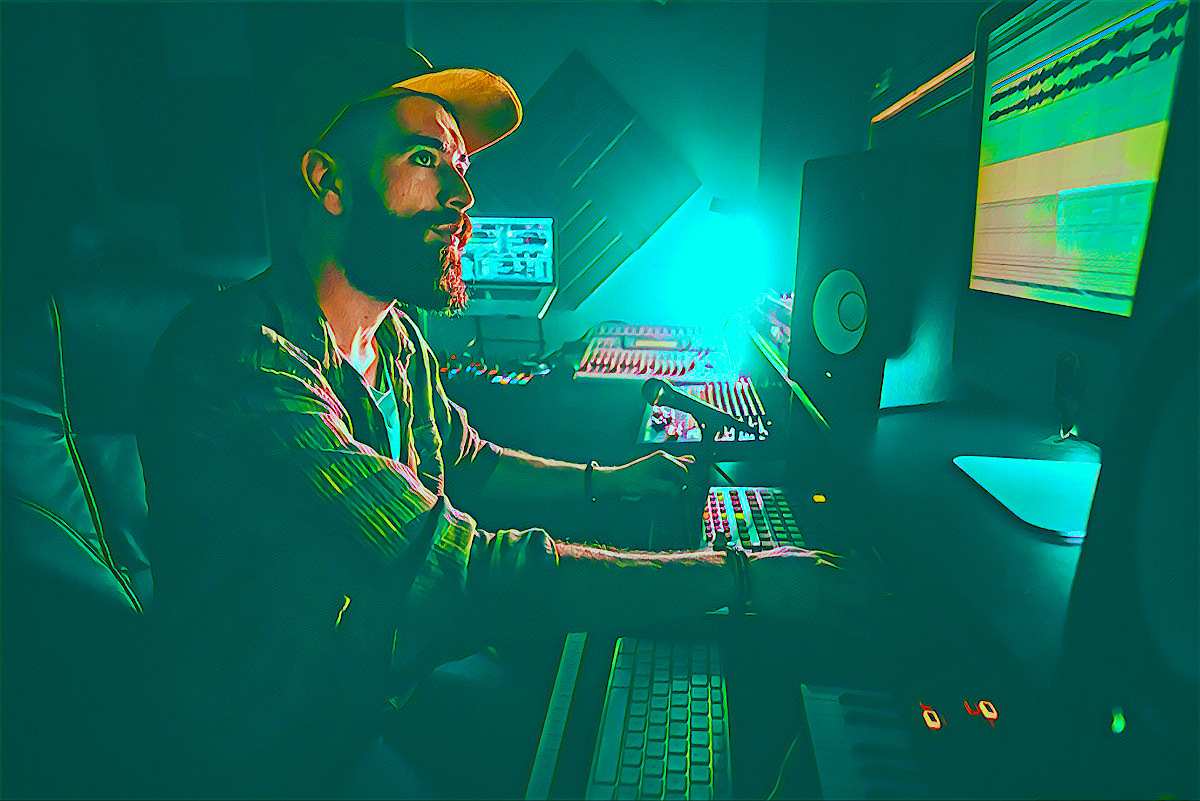 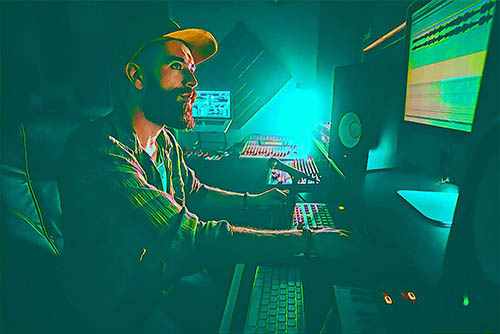 Imagine this – you sit down in front of your computer, eager and motivated to make music. You fire up your DAW , throw on your headphones, and the music flows out of you like art out of Picasso. But when it comes time to add a little extra flair, you freeze up. A medley of effects stands before you, and using the wrong ones will turn your glorious new masterpiece into an unpleasant cacophony. If this nightmare is your current reality – we’re here to snap you out of it. Follow along to learn all about how effects can transform your music – for better or worse.

Reverb is one of the most common effects used in music production. Reverb’s job is to create a space for the musical element to be in. For instance, maybe you want to hear your guitar with a bit more roominess. You can apply a reverb plugin and make it go to work, adding more decay and width to the sound. Note: there are several kinds of reverb, so be sure to listen carefully and choose accordingly.

Delay earns its place in the effects world by allowing us to duplicate or repeat sounds. Want those last few notes of your synth pattern to bounce over into your break? Use a delay! Delay also has a few different variants, so pay attention to your choices!

When you hear about Delay, you tend to also hear about Echo. The two are quite similar and interchangeable in some contexts, but Echo tends to emulate a more “real-world” feel to the sound as if it were bouncing off of something or within somewhere.

Distortion is an excellent tool for manipulating and mangling sounds . When you distort a sound or instrument, you provide “too much” signal, thus sending that sound beyond its breaking point where it will be clipped and compressed. That new compressed signal adds harmonics to the old one and creates an entirely new, distorted sound!

Saturation is when additional harmonics are added to a sound. Saturation can come in many varieties, but you can think of Saturation as Distortion’s friendlier cousin. Whenever you hear a sound described with pleasant-sounding adjectives like “Warm,” “Full,” “Bright,” “Punchy,” and the like, more than likely, they are describing saturation.

The right compressor makes all the difference when it comes to the dynamics of your track. Compression is responsible for controlling the levels of instruments and audio elements by raising quiet signals and lowering loud ones – creating a more balanced sound .

One can think of a limiter as simply an extreme version of a compressor. The limiter will squash signals that are clipping and raise ones that aren’t. There is a saying that tends to accompany limiters “all compressors are limiters, but not all limiters are compressors.” This phrase is common due to the nature of limiters and their extreme ratios.

Commonly known as “EQ,” equalization refers to the process of attenuating or enhancing specific frequencies within the spectrum of a sound. This process helps to blend sounds and create a dynamic mix that allows all elements to breathe.

Pitch shifting is a powerful effect, as it can change a sound completely. A man’s voice into a woman’s – or a dog’s bark into a monster’s growl. One of the most common uses of pitch shift in music production is via the popular Autotune plugin designed to alter pitch in vocal and instrumental productions.

The easiest way to explain gating is to imagine a theme park with height requirements for rides – except instead of height, the qualifying factor is the amount of audio signal. A gate allows you to define what is too quiet, loud, or simply undesired and prevents audio from playing back when that audio plays. A good example is to think of a kick drum recorded in a room. The room noise is undesired, so when the kick plays, a gate can be applied to identify the room noise and prevent it from playing, so all you hear is the punch of the kick.

Filters have the most options in the world of effects. The goal of a filter is to mask part of a signal and enhance or modulate the resonance of the signal that remains. There are tons of filter types, including high pass, low pass, bandpass, combs, notch, and many more.

Chorus makes one voice or instrument sound like multiple by using a combination of duplication and millisecond delays. You can achieve a spacey sound with the use of a chorus plugin.

Speaking of spacey sounds, Flanger is known for creating a sweeping resonance that is similar to chorus but a bit more extreme, thus creating the bouncy sweep often recognized as a flanger.

Phasers utilize filters to modulate different frequencies over time to create another spacey, alien-like effect that bounces and travels amongst the sound.

One of the very first effects, Tremolo changes the volume of a sound rapidly to create yet another bouncy effect. Proper use of Tremolo, amongst other effects, can lead to a very groovy and moving track.

Vibrato is another example of a close cousin in the effects world, as vibrato is the rapid change in the pitch of a sound.

Last but certainly not least is panning. Panning is a powerful tool that allows you to control the stereo information of a sound – i.e., how much you can hear it in the left or right channels of your track. Panning can be automated as well to dynamically place elements in a song all around you rather than just flat in the middle.

Now that you know all about some of the most common effects used in music production, you can get back to finishing that masterpiece of yours. But, if you still find yourself stuck in a rut, eMastered is here to help.