Reverb vs. Echo: What's the Difference? 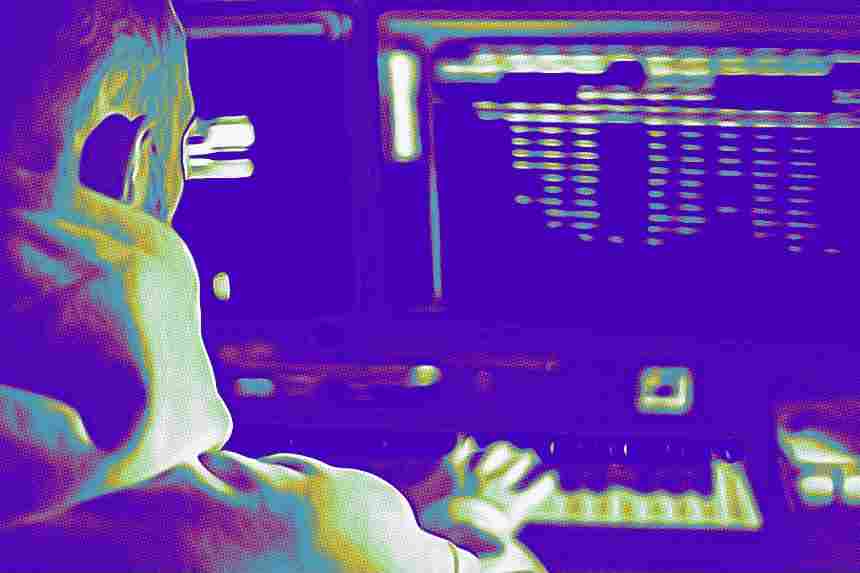 The difference between reverb and echo can be confusing. Often we end up choosing one or the other based on a hunch or intuition. But mixing without purpose and vision is like building a house with no schematics. You're adding stuff and it might work, but you have no idea where you are going with it. However, nobody wants a house where the bedrooms are downstairs and the kitchen upstairs. It does not serve its purpose. The same goes for mixing, you might add reverb where echo might have worked better and vice versa.

This is why we feel it is necessary to follow up on the Echo vs. Delay piece, to make sure we cover the difference between time-based audio effects fully.

Reading this article will give you a deeper understanding of echo and reverberation. It will make you a better sound mixer, and enhance your mastering process . Whether you're actually a sound engineer or even a video director, we want to make sure you walk away with the knowledge that will help you make different recordings sound unified. It's important to make sure your final sounds are exactly the way you want them to be.

Echo is a quieter, distinct, and separate in time repetition of sound, resulting from its reflection on a hard surface back to the listener. This phenomenon generally happens when there is enough distance between the listener and said surface. This way, the sound return happens later after the original sound. This distance is essential to the type of echo effect we want. Recording in a large room with a far wall reflects a longer echo, while recording in a smaller room with a nearby wall reflects a tighter echo.

Where can we hear echoes?

In real life, you can easily find echoes in nature. Whether it's a canyon or a mountain, we all have at least once enjoyed screaming there to hear it back a couple of seconds later. It can be a desirable audio effect like in sonars and music production or an undesirable one like in telephone systems.

With modern DAWs , we can emulate this natural phenomenon using a plugin that gives us many echo effects to choose from. The mic placement is still very important if the room is not soundproofed.

How to treat echoes?

Sound is easily absorbed by soft surfaces. The trick to reducing echo is to get rid of as many hard surfaces as you can before recording music . Try using soft surfaces that are good for sound absorption. For your floor, carpets and rugs can do a wonderful job. Covering your hard walls with acoustic panels is every respected producer's choice to absorb sound. As for your ceiling, acoustic clouds are very useful surfaces hung parallel and offset from it. These tricks will make sure you only hear reflections you intend to or none at all.

Reverberations are short sound reflections resulting from sound waves bouncing back from a hard surface to another. Usually, we hear reverberations in small spaces, where the reflections bounce on multiple surfaces so quickly that they pile on top of each other. This is how you get the weird but pleasant distortion you hear when you sing in the shower.

When recording music or even playing live, reverb makes a song feel more alive. It gives it more color. A great example would be rock songs, where every producer adds reverb to give it some extra juice. A great use for reverb is when we are re-recording a track with different mics separately from the others. Reverb unifies the sounds as if everything was done at the same time, in the same way.

Where can we hear reverb?

Generally in a cramped space like a shower or small studio rooms . Nevertheless, reverb sound can also be found in gyms, restaurants, and crowded places. For when sound mixes with other noises, it creates the same effect of short reflections laying on top of each other.

How to treat reverb?

The reverb effect is desirable for a music sound mixer, it helps in creating space in the track. However, for speech recordings like podcasts, it is recommended to use acoustical foam to make a room sound dead. When short sound reflections are on top of speech alone, it creates a noisy mix.

Technically, reverb is a type of delay where you start hearing the reflections at the same time, a millisecond later at best. The original sound and the reflected noise reach your ear simultaneously. Delay generally comes back milliseconds after the original sound. In nature, they require very different spaces to occur.

Echo is still a common word used to define reverb , yet it is not exactly like an echo. The latter being longer sound reflections than the former. This brings us to an essential distinction we should always keep in mind when we mix audio .

The Difference Between Reverb and Echo

If for example I dry record a sentence and add an echo effect to it, we will hear the reflection after I finish the original sentence. If I decide to add reverb instead, we will almost instantly hear the feedback before I even finish the first word. Therefore reverb and echo are not that different. Here is a fun experiment: If you go to your DAW, take an echo effect and shorten its reflection time. You will reach a point where it becomes a reverb.

Do reverb and echo have the same effect?

Adding reverb to your room creates a feeling of vastness. It provides more space for the sound to wander in and can help you unify the differences between different tracks. Adding echo creates a dynamic reaffirmation with a quieter but audible repetition of the signal. It comes back to stick with the listener's ear. Beware of the reflection time, an echo that comes back too late becomes annoying. It's all about balance.

Which is better reverb or echo?

When to use echoes?

Echoes are a great way to produce repetitions of sound at a precise interval. You would use it to create some dynamics in the track, or if you simply want to reaffirm a certain part of the song to make it stick with the listener's mind.

When to use reverb?

Reverb is essential to giving more depth to your mix. Moreover, using it on a track gives it a smooth continuous expansion of sound. You would use it to add some vastness to your song. It makes a song three-dimensional.

Which one to use first when combining?

These two time-based audio effects are generally placed at the end of the signal chain, where echo comes before the reverb. If reverb is placed before echo, then your echo will sound muddy since you are literally echoing layers of echoes (reverb).

Conclusion: The difference lies in the purpose.

Once again, mixing is about bringing your vision to life. Objectively, both audio effects are good and do wonders to sound. Yet it all depends on what you are trying to accomplish, and which tool can help you best achieve your vision.