Echo vs. Delay: What's the Difference? 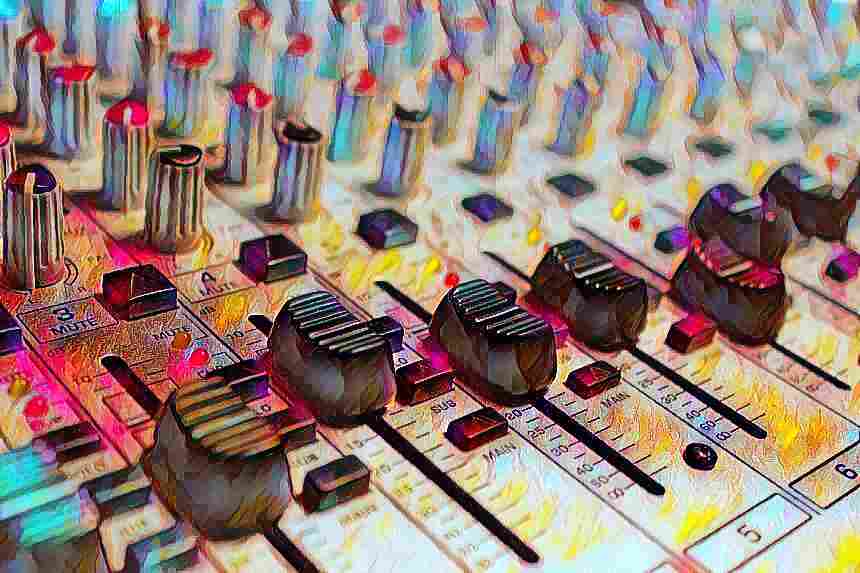 Choosing the right audio effect for the right sound is one of the most important decisions we have to make when mixing a track. Which one to apply on which instrument? Which one comes first when applying both? Which one to choose when creating the experience I want to share with my listeners? Rest easy! Let us walk you through it, and discover together what the difference might be.

Although these effects were used since the 1950s, some of us still use them instinctively based on what sounds good to our ears. However, when you know what experience each audio effect can provide for your listeners, an extra dimension of creation opens for you.

Today we're going to cover the characteristics of each one of them, and the benefits of using one or the other.

Through this reading you will be able to decide when and why to use echo or delay, and what purpose do they serve.

The sound delay effect is a time-based effect that stores and defers the source signal, then plays it delayed by milliseconds. It helps creating delayed audio that stimulates the sound of echoes based on the project's tempo . The number of milliseconds after which the delayed audio is played depends on the settings we choose.

What does Delay do?

Whether it's an analog or digital delay, the principle is always the same. It stores your original signal into a storage medium and plays it back based on when and how you program it to. This results in a delayed signal. Using a combination of the right delay time, also known as pre-delay,  and an accurate amount of wet signal will do you wonders. The delay effect is here to add ambience to your sound.

All delays work pretty much the same way in terms of function. It's the nuances in settings like the number of duplicate signals, and the time between each one of them that gives you different effects.

The type of delay applied on outputs can vary from a subtle echo effect to one in which the previous sounds were mixed with new sounds. The delayed audio can be played back repeatedly, or sent back into the recording creating an echo that is repeated until it vanishes.

Let's visit some popular ones.

This type of delay relies on two heads positioned on a tape recorder. One recording head for recording and magnetizing the output, and a playback head that outputs the effect. The delay time depends primarily on the distance of a second tape running between those two heads.

This was back in the analog days. It was then perfectly converted into a delay plugin to use in DAWs , in which we can let it run freely or perfectly synchronize it with the project's tempo.

It is a delay directly applied to the original signal so that it comes back at the same time and reinforces it. The delay time is almost non-existent. Generally not mixed back with the original source, straight delays are mainly used for creating a sense of space and depth in the mix. Its primary purpose is compensating for the propagation of sound through the air.

This effect is widely used in the chorus parts to elevate it from the rest of the song and create a powerful anchor.

In rock and blues music, many guitarists would add this effect to their solos.  It gives their sound more presence and pushes it to the front of the mix.

It is a single echo effect that comes back milliseconds after the output. It is often used on guitars to make a dreamy solo, or on vocals to create some sort of rhythmic reaffirmation of a lyric. This delay effect does a great job in filling your "empty spaces" between a pre-chorus and a chorus for example. Another accurate example is ad-libbing. Applying this specific effect on the last word of a sentence can create an ad-lib.

A delay effect where we manipulate delay time and subdivide it into multiple "sub-delay times", or "taps". These taps play one after the other depending on the settings. With this technique, you can create many rhythmic delays and textural sonic effects. You can either tempo base the effect, or specifically, choose a time setting for the playback.

What makes it interesting is the fact that each "tap" can have other effects applied to it. You can set them up separately for the loop, taps, and the overall delay output.

It's also interesting to know that each tap can have its unique dose of wet signal. One could only imagine the number of combinations and possibilities of creation with this delay effect.

And these are just the tip of the iceberg. When it comes to delay, the possibilities are almost infinite.

Now, what about echo?

Echoes are created by looping a one-time delay multiple successive times. Each distinct echo is lower in volume than the one before, creating delayed feedback of the original audio signal. If you ever went on top of a mountain to shout your name and hear it back until it vanishes into thin air, then you know what I'm talking about.

Back in the analog days, echoes were engineered creatively using anechoic chambers and obstacles to reflect the sound wave. This way they had more control over the echoes. The obstacles were sort of the echo effect's controls.

What does echo do?

An echo effect creates a reflection of the original note as if it hit a surface and came back. The reflection can be heard multiple times by choosing several returns from the reflecting surface and timing the space between each reflection. Putting an echo effect in the right spots can create such an anchoring experience for the listener.

Echo effects are often used on lead vocals, it gives them more authority and presence. However, some experimental guitarists go wild and put echoes in their sound. Give a listen to the famous song "echoes" from Pink Floyd and you'll understand.

Is echo a delay?

Now we can even take it a step further and realize that even reverb or reverberations as it is properly called, is the result of superposing the echoes of a signal. They pile on top of each other before they reach our ears.

We won't cover reverb in this article as it was already done in this comprehensive reverb guide .

See how we could eventually trace it all back to delay? This effect made the production of echoes possible, which in turn made engineering reverb possible. Yet there are nuances we should be aware of to make the right choices for our projects.

What is the difference between Echo and Delay?

Delays are separate copycats of the original sound played right after by milliseconds, while echoes are more separate and distinct in time. When you go from milliseconds to seconds making each copycat distinct and quieter than the one before,  you get echoes.

Easy enough right? Yet we rarely hear professionals in the industry talk about an echo. They create loops of repeated echoes and still call it delay. It's a force of habit.

When to use Echo / Delay?

Considering what we covered, the question quickly shifts from what's the distinction between echo and delay to when to use each one of them.

When you develop this reflex of knowing which one will answer better to your mixing need, then the decision is made by the second.

There are two great applications to delay. One is to add ambience to the mix. It gives a track more stereo width and gives it more space. The other is to create some form of rhythmic exciting repetition of the original output.

A perfect example would be a lead vocal mixing direct delay into his mic to add more depth to his singing and cover a wider space on scene. Another one would be a drummer adding it to his kick drum to give it more presence and more space in the final output.

There are many other applications to delay. It all depends on what you're trying to produce as a final output. In this case, the end does justify the mean.

Echo is usually voted for when we want a note, a word, or any part of a project to repeat itself with enough time between each repetition. We can listen to each reflection as a distinct copy of the original sound until it vanishes.

Echoes can accentuate an important part of your song, especially if you combine them with other effects. If you add echoes to a lyric that matters in the song, they will duplicate it enough for it to stick with the listener's mind.

Which one to use first when combining them?

Ideally, it all depends on what you're trying to accomplish. In an effects pedal board, the delay pedal always comes before an echo pedal. Yet placing a delay before an echo can also create a muddy mix .

Sometimes you care more about repeating delay patterns than the spaciousness of a track, and sometimes the opposite. Once again it all depends on where you're going with your mix.

Conclusion: Echoes or Delays, the distinction lies in the purpose.

It's irrefutable that delay is the founding father of many effects, and echo is one of them. Yet looking at what distinguishes one or the other is essential for deep comprehension of their use. Mixing is not a matter of knowing the best effects, but of knowing which effect is best for your vision. We covered everything you need to know about mixing if you'd like to get a deeper look into it.

We are lucky to live in a time where you don't have to go through the complexity of engineering effects. When mixing on a DAW, you can get a bunch of exclusive deals on plugins. All you gotta do is choose the right plugin with the right sound for the right result.