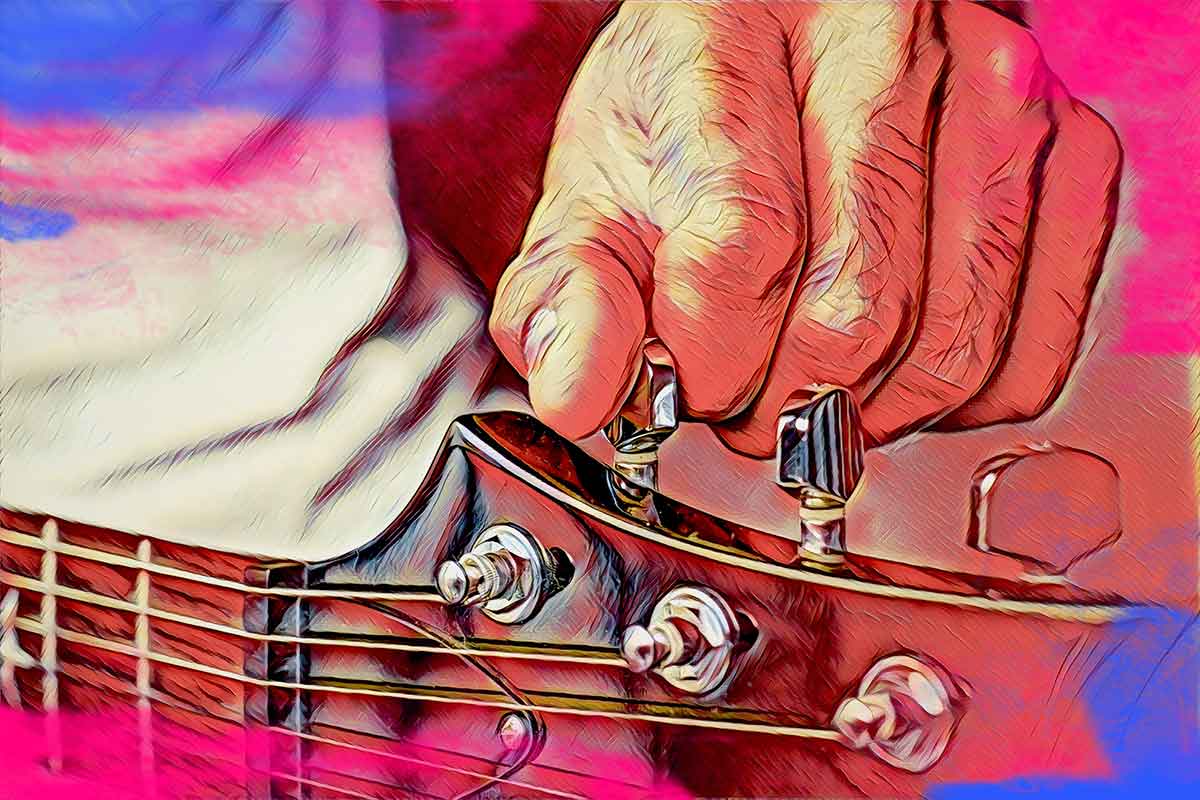 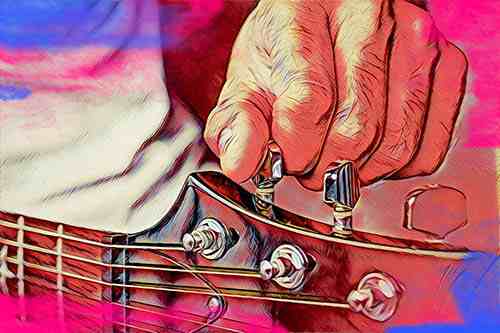 If you’ve ever used a tuner to calibrate an instrument, you might have noticed a seemingly random number somewhere on the screen: “440,” often followed by the letters “Hz” (shorthand for “Hertz”).

Unless you’ve got a background in acoustic physics or music theory, though, 440 Hz probably seems like gibberish. Yet, it’s merely another way of describing the note “A; “A4,” in particular (which occurs after middle C). If you spend enough time on music production and theory forums, however, you might notice that some people use “432 Hz” to describe A4 instead of 440.

Is this merely a rounding error? A difference in opinion? And is one measurement more accurate than the other? These are all worthy questions, and they only scratch the surface of this unusual musical rabbit hole. Let’s take the plunge into the great debate that surrounds 440 Hz and 432 Hz.

What are “Hertz,” Anyway?

Before we dive too deep, we need to define Hertz, as this will help clarify what this conflict is all about.

Put simply, Hertz (Hz) is a unit of measurement that describes frequency (f), or how many times something occurs within a given time period (T), measured in seconds.

When dealing with soundwaves, you can determine this frequency (measured in Hz) with the equation: f = 1/T, with the number “one” referring to “one cycle.” Every sound we hear is merely a vibration that occurs through a medium (i.e., gas, liquid, or solid) and is received by our ears, then processed by our brains. So, a sound that vibrates at 440 cycles per second would be said to hum at 440 Hz. This is what sounds like “A4” by modern standards.

Of course, a sound that’s humming 432 Hz will also sound like A4, just pitched a bit lower than what you’re probably used to. If you go even lower to around 415 Hz, though, you’ll be in G sharp or A flat territory. In other words, notes with a lower pitch have a lower frequency (measured in Hz), while higher notes have a higher frequency.

Why is 440 Hz the Standard for Modern Music?

Now that we’ve gone over what 440 Hz denotes, it’s time to discuss why this frequency has become the norm for most types of music in recent history. Indeed, history has a lot to do with it, and it’s a bit complicated. The short and simple version of this history is as follows: In the 20th century, a group of influential musicians and physicists worldwide gathered and agreed to set A4= 440 Hz as the standard tuning for orchestras moving forward.

The details, of course, are far more robust. For one thing, different countries set their own tuning standards until around the mid-19th Century, and many of these standards weren’t strictly codified. It wasn’t until 1859 that France deemed A4 = 435 Hz the law of the land, which was the same for Italy until 1885 when they decided to up it to 440 Hz. A few decades later, in 1917, the U.S. hopped on board with the Italians. And then, in the 1950s, the International Organization for Standardization officially recognized A4 = 440 as “concert pitch,” and the world has largely stuck with it since.

In a way, these international tuning disputes mirrored the global conflicts and resolutions occurring around the same time. A more united and open-world meant a more united sense of sound. This global standardization also made practical and economic sense. With specifications in place, instruments could be more easily manufactured and sold across the world. Even if musical stylings are different in the East and West, a piano bought or sold in either location will be tuned to A = 440 Hz (generally speaking).

So, if 440 Hz has been the standard for more than half a century, why do some people swear by 432 Hz? Why did Verdi and Mozart claim to prefer this tuning standard? As you might imagine, there’s no single answer to this question. It’s kind of like asking why some people prefer poetry over fiction or why two people can stare at a painting and come away with totally different interpretations; it’s subjective.

That isn’t to say people don’t have clear-cut reasons for clinging to 432 Hz, however. On the contrary, musicians across time preferred to tune their instruments to 432 Hz for intuitive, practical, mathematical, and even spiritual reasons. Whether or not these reasons carry any water is up for debate, but they’re still worth exploring.

Ultimately, composers and producers are concerned with what sounds best. So, does A4 = 432 Hz actually have a better sound than A= 440 Hz?

As usual, the answer is a resounding, “it depends on your preferences.”

Our experiences often inform our likes and dislikes. And if we’re used to something, we tend to have a natural affinity for it by default. So, if you’ve been listening to A4 = 440 Hz music all your life (which describes most of us at this point), this tuning standard will probably appeal to you more than any alternative. That said, for physiological reasons, you might simply resonate more with 432 Hz music.

Most people can’t easily distinguish one tuning from the other unless they hear each one back to back or have a well-trained ear. All of this is to say that neither standard is objectively superior, just that they’re different in subtle ways.

Is There Something Spiritual or Natural About 432 Hz?

Subjectivity aside, some people claim that 432 Hz music derives from nature and even contains healing properties. As of now, there is no scientific backing to these claims, but proponents of 432 Hz often turn to pseudo-scientific studies like numerology to justify their beliefs.

Much of this appeal to nature derives from a measurable phenomenon known as the Schumann resonance, storm-induced electromagnetic waves that are either equal to or a multiple of the Earth’s circumference to resonate. When you calculate the fundamental frequency of these waves, you end up with approximately 7.83 Hz (often called the “Earth’s heartbeat”). Some people then round this frequency to 8 Hz out of convenience, noting that 432 is divisible by 8. In other words, 432 Hz is believed to be “in tune” with the Earth and, therefore, more spiritually uplifting. Of course, the number 8 also goes into 440, so this is a dubious and manipulative claim. Both 432 and 440 Hz are “resonant with the world,” or the point is irrelevant.

These naturalistic and numerological notions don’t end there, however. Some true believers in 432 Hz supremacy relate 432 Hz to the diameter of the moon, sun, and other celestial objects. Others use different mathematical concepts to advocate for the superiority of 432 Hz, such as prime number summation and so on. While it’s amusing to find these connections and crunch numbers, it mostly seems to amount to coincidence and confirmation bias. That said, who knows what further research will reveal about pitch and the relationship between notes and other phenomena? It’s best to leave the door open while always remaining skeptical.

How Can You Try 432 Hz Tuning for Yourself?

While there may be nothing mystical or superior about 432 Hz, it’s worth experimenting with alternative tunings to challenge yourself and keep those creative juices flowing. These days, switching over to 432 Hz tuning is pretty easy. Various tuning apps, plugins, and digital tuners feature alternative tuning options where you can change the default A4 = 440 Hz to 432 Hz and go from there. In most digital audio workstations (DAWs), you can adjust the tuning standard/software instrument pitch. In Logic Pro X, for instance, you can enter “Project Settings,” “Tuning,” and then slide the horizontal meter down to 432 Hz (or whatever alternate tuning you want). And if you don’t have a tuner or DAW on hand, you can find videos online that will help you tune an instrument to this standard by playing back each note (usually for standard guitar tuning, e.g., E, A, D, G, B, E).

What began as a fairly arbitrary difference in tuning preferences has since ballooned into a full-blown internet conspiracy, which tends to happen with many topics. It can be both fun and frustrating to read random people’s various opinions regarding this matter. However, whatever you do, try not to get too caught up in the drama or the misinformation. Instead, realize that A4 = 440 Hz isn’t the only tuning standard out there and that messing around with an alternative tuning like A4 = 432 Hz can open your eyes to new possibilities and sounds. And now that it’s easier than ever before to switch your settings to 432 Hz why not see what this tuning has to offer?