How to be a Better Producer: Actionable Tips for Beginners 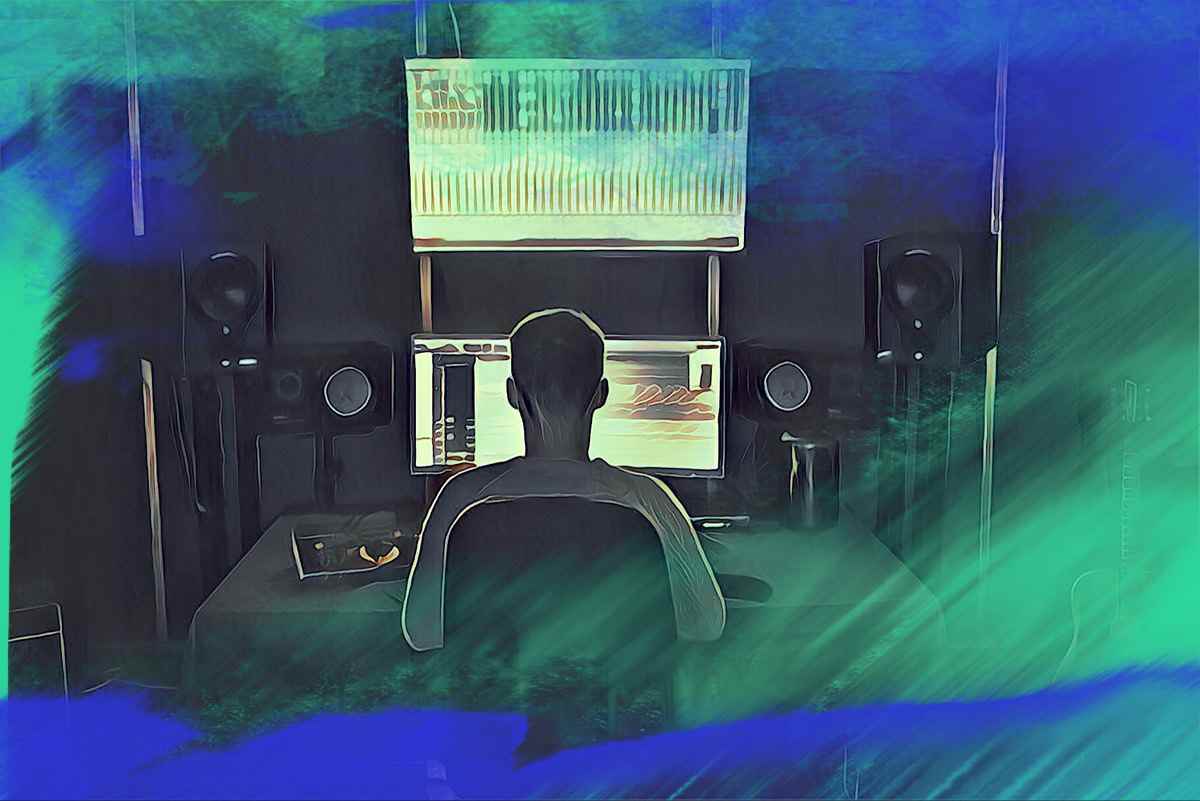 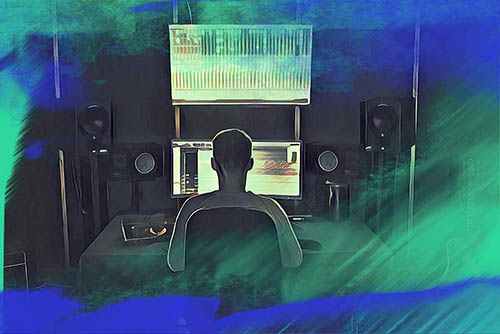 Last year, I decided I wanted to bump up my music production output. I couldn’t play any gigs (thanks, COVID), so why not write more music? I set myself the challenge of writing 20 tracks in 20 days. Full, finished tracks. Not little squiggles of ideas. Not sketches. Something I could put on SoundCloud for someone to listen to from start to finish. The goal behind this was to create a catalog of material that I could shop to publishers or release myself, with the added bonus of (hopefully) becoming a better music producer along the way. I had a challenge, and I had an endgame. I could do this.

I set about it with all the bravado of an explorer taking on a new adventure. Swaggering into my studio on day one, I sat down to begin my first piece of music.

And then the panic set in. Could I keep this up for 20 days straight and still walk the dog? What if I just couldn’t be bothered on some days? What if the melodies sucked?

Then I looked at my running shoes and realized Nike sums it up nicely: Just Do It.

It really is that simple.

By the end of the process, I’d learned a lot. Not just about the technical aspects of music production but also about what it takes to become better at your craft, and a successful music producer. In writing this, I hope to inspire you, and help you on your journey with new tricks to get those creative juices flowing when you feel discouraged.

Don't forget to check out the tips section at the end for some bonus bite-size ideas!

Every day of the challenge, when I sat down to write a new song , I was plagued with the idea that it wouldn’t be good enough. What if other people (or worse: friends) hated my art?

Then it dawned on me that the only way to become a better music producer was to keep trying. Whether something sounds good enough or not is an arbitrary conception, so I tossed that benchmark out of the window and focused instead on practicing my studio craft.

If you think about it, music producers learning how to use a DAW is the same concept as as musicians learning a ‘traditional’ instrument. There are layers and layers of skills, knowledge, and new techniques to learn, and the more you do it, the better you’ll become.

If you want to learn to play the piano, you don’t start with a Rachmaninoff piano concerto and spend your whole life learning it. No, you begin with, say, ‘Twinkle Twinkle’ and build up your skills and techniques one step at a time, and the same applies to a new producer learning production and mixing skills in their favorite DAW .

Rather than worry about whether your music production standards are up to those of a professional music producer, focus instead on increasing your skillset with each project.

Don’t get frustrated when your music doesn’t sound as polished as a Timbaland track. Keep working on your craft because…

Despite my decision to plow ahead and practice producing music during the challenge, there was still the niggle about the resulting output being less than stellar.

Here’s the thing: perfection is the enemy of progress, and you’re holding things up by worrying about how listeners will judge your music.

At some point in their lives, everyone whose music you admire has made a crappy track. I’m not talking about the songs that maybe you don’t like. I’m talking about the hidden depths of their hard drive, wherein lurks a terrible tune or two.

We only see (or hear) a filtered version of artists’ output, i.e., what they’ve decided to put out into the world. Much like the glamorous Instagram influencer whose carefully curated shots hide the mess just out of view, the music that you hear and aspire to sound like has been through a melting pot process to get to where it is now.

Behind every great music producer lies a scattered wasteland of sounds, chord progressions , and questionable music theory, that they chose not to share with the world.

I’m not advocating that you go ahead and make awful music. You want to make great music. But obsessing over whether something is good or not will prevent you from getting sh*t done. So allow yourself to suck and grow because you need…

The original intention behind my challenge was to build a new catalog of music to either release or shop to publishers. By day 10, I realized that some of the tracks wouldn’t make it past the A&R listening gatekeepers. Nevertheless, I persisted, buoyed up by a distant memory from my childhood.

I recorded my very first ‘album’ on a tiny boombox sat next to my trusty Yamaha PSR-32 (yes, folks; no line-in. Just the clunk and hiss recording from a speaker). It was terrible*, and my music production chops have since improved.

But it was a start, it was fun, and it helped me learn about the songwriting process . If I’d waited for the perfect recording opportunity, I’d never have embarked on my wild and wacky musical career ride. And I realized the same applied here: keep on truckin’ and keep on learning.

*I believe there’s a copy of the cassette floating around South West London. If found, please destroy.

Instead of attempting to create the ultimate fist-bump masterpiece, I focused on learning one new skill with each project. One day it was shortcut keys; on another, it was how to layer synths effectively. As I worked consistently, these new skills sank in, compounded, and became second nature. I reached Nirvana when I never again had to poke around to find the hotkey for ‘Capture As Recording.’

This strategy goes hand in hand with allowing yourself to suck. Giving yourself (and your music) permission to fail lets you have the freedom to experiment, and the more you explore, the quicker you’ll develop your own style and unique sound. It doesn't always have to sound great. Hell, it doesn't even have to sound good, just so long as you keep playing and growing.

If you want (or need) accountability, try joining a community that encourages creative output, like February Album Writing Month. Or announce on social media that you’ll be posting one new track a week for a year and ask your friends and followers to hold you to the task.

The main thing here is consistency. Show up in your studio to be creative and produce music every day, and you are guaranteed to get better at it. And if you’re not sure where to start, try…

Standing On The Shoulders Of Giants

I have to admit that I started running out of juicy song ideas somewhere around day two. It wasn’t pretty. But I’d told my dog I’d do it and may have mentioned it to the wife, so I was being held accountable for my output.

There are so many resources for artists it would have been a fools’ errand to do this challenge without using at least some of them. These resources go beyond video tutorials on YouTube, or written blogs like the ones here on eMastered. I’m talking about finding inspiration in anything and everything. And that’s what I did.

Heard a song you absolutely love? Try and recreate it. I decided to reverse engineer a track (Met Him Last Night) to see what was under the hood. I looked online for a remake template of the tune and found this website that offers cover song templates with full vocals. I really got to see how the sausage was made.

It didn’t stop there, though. I tried using a reference track on some projects and picked one or two things to emulate. It could be the lush reverb , the compression on the snare, or simply the structure of the piece.

Try experimenting with different genres too. Even if ultimately you won't be releasing music in a particular genre, there's a whole wealth of knowledge to be gained from listening to production values in a style outside of your own.

And don’t forget about loops and midi packs. While you need to be aware of any license restrictions on any samples or midi loops you use, they can be a helpful way to kick-start a stalled project or shift your DAW away from Empty Screen Syndrome when you just don’t know where to start. You can always replace or tweak the loops as the work evolves. For more ideas on how to use loops in your music, check out this post.

But getting a track started by mangling a loop is one thing. The hardest lesson I learned during the challenge was…

Admittedly, in the first few days of the self-imposed challenge, I cheated a little. I’d start songs and promise myself I’d return to the studio and finish them at a later date, reasoning that the extra time would allow the ideas to ferment.

I had to sit down one day and force myself to finish those orphan pieces of music, and perhaps the most valuable thing I learned throughout the challenge was how to complete a song. After all, that’s the only thing that listeners (and labels) care about.

So how exactly does one finish a song if you're feeling stuck?

Make choices and move on. Don’t spend forever fiddling with the snare drum sound. Is it pretty close? Great, move on to the kick.

If you’re prone to severe bouts of The Tweaks, try printing tracks to audio to avoid the temptation of fiddling with the patch when you're meant to be mixing. (But do mute and hide the original, you know, just in case....)

The Journey of a Thousand Miles Begins With a Single Step

You may picture yourself in the future producing music for adoring fans around the world. Your career has skyrocketed, and the money is rolling in.

But if you want to get in to professional music production you have to start somewhere. Producing music, and becoming a better producer, takes time, knowledge and skills. The best time to start honing them is right now. Don't wait for your calendar to open up; life will inevitably fill your schedule with it's own agenda.

Instead, commit to creating music on a regular, consistent basis. Anything helps, even 30 minutes a day. Have a game plan going into your studio session, so it’s clear what you want to achieve when you don your music producer hat. Add a bass-line here, fiddle around with some synth sound design there, and before you know it, you’ll have a finished track. Then, rinse and repeat the whole process.

In the long run, you should let the idea of perfection go and let the flaws come rolling in. Lose attachment to the result (and the money), and instead have fun and enjoy the process of making music. That is, after all, why you’re here, right?

Tips And Tricks To Become A Better Music Producer

For when you want to snack on some bite-size chunks of advice.